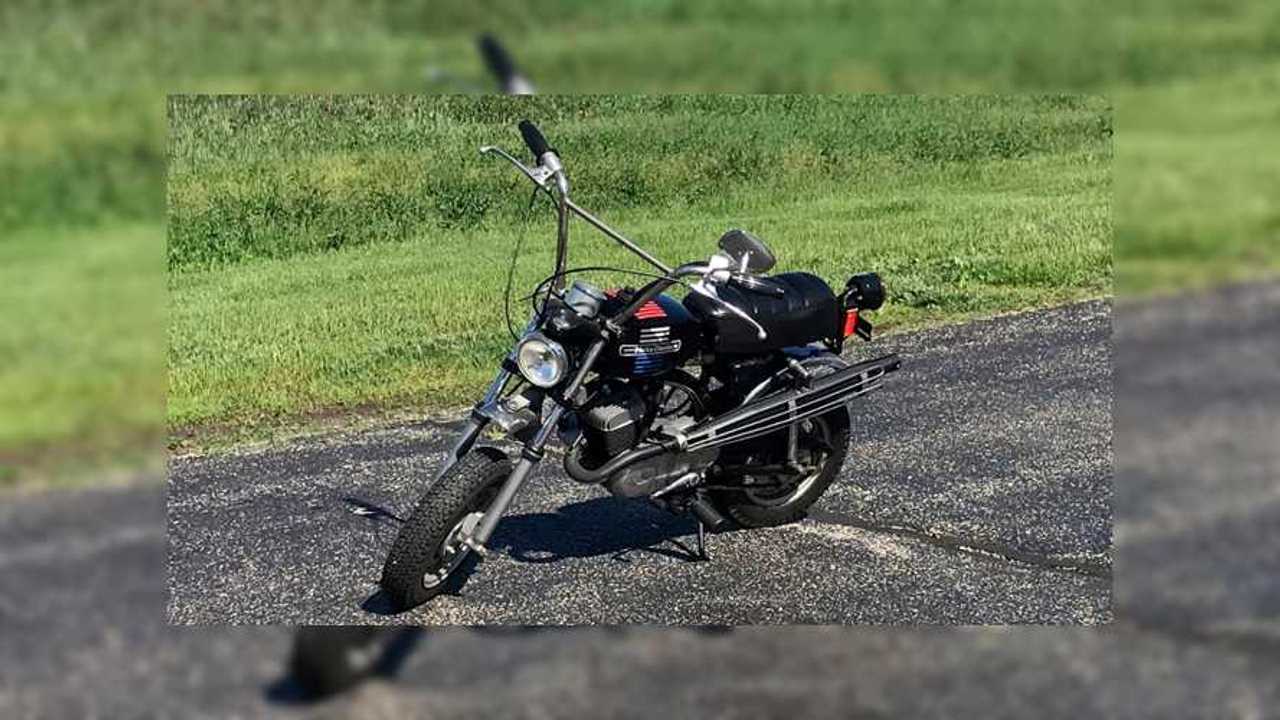 Who wants a Harley-Davidson minibike?

If you want a Harley-Davidson, but you only have enough budget for a minibike, you’re in luck—kind of. There’s an unrestored 1973 Harley-Davidson X90, a.k.a. the “Shortster,” up for grabs at Mecum’s Indy 200 auction in July, 2020. The trouble is, this might be the most expensive minibike you’ll ever lay eyes on.

The Harley-branded minibike had a two-stroke, 90cc, single-cylinder engine, which originally made eight horsepower—this wasn’t a full-bore Hog, it was more of a piglet. While Honda’s monkey bikes typically ran on four-stroke power, the other Japanese OEMs all sold a lot of two-stroke trail bikes in the 1970s, so the X90’s engine wasn’t an anomaly at that time. Unlike some other Aermacchi-built motorcycles, the X90 has a gearshift on the left side of the engine to row the four-speed gearbox. This particular X90 still has a headlight and taillight, as well as a mirror; presumably, if your paperwork was in order, you could ride this on the street.

Aermacchi built the X90 for three years, from 1973 to 1975, and production was extremely limited in the final year. You’ll see different numbers, but the Aermacchi World website claims the factory only built about 17,000 machines in total. A lot of the minibikes went to Europe, and the X90 just wasn’t a big hit in the U.S. Now, 45 years later, they’re available if you want one, but you don’t see many of them around.

This X90 is listed as unrestored, with 2,890 miles on the odometer. The advert doesn’t say whether or not it’s running, but given the collector interest in these machines, you should be able to buy parts if you really need them.