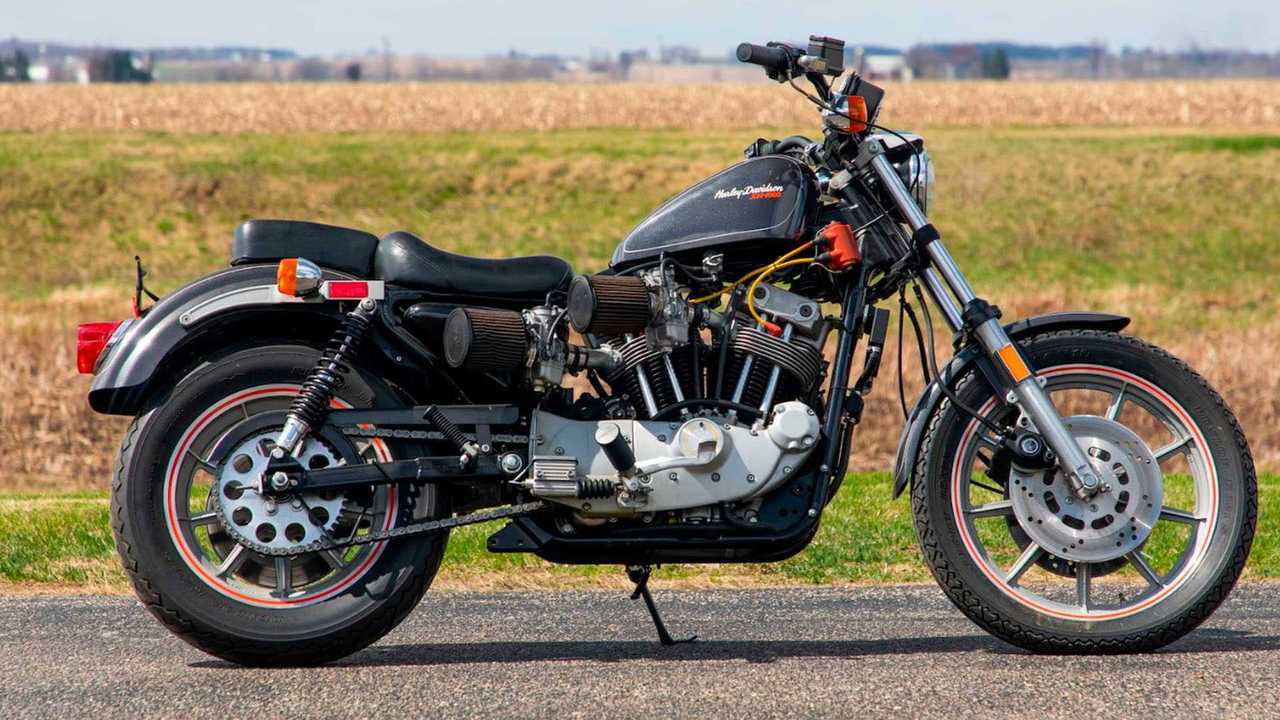 Muscle from an Ironhead cruiser, with the soul of an XR750 race bike.

Harley-Davidson makes cruisers, baggers, touring bikes, and more cruisers. At least, that’s the common misconception—the truth is, the MoCo has tried lots of other fun stuff in the past. For example, back in the 1980s, Harley sold the XR1000, a Sportster-based factory street tracker. Survivors are pretty rare these days, but an upcoming Mecum auction offers a chance to pick up a clean surviving example.

The XR1000 was Harley-Davidson's answer to all the people asking for a street-legal XR750 flat tracker. The lightweight XR750 was a highly successful race bike, so surely Harley-Davidson could take that formula and build a competent road-legal machine, right? Unfortunately, it didn’t quite work out that way.

There was a lot to like about the Ironhead-powered XR1000. Harley swapped the Ironhead’s heavy cast-iron jugs for aluminum units, cutting weight and improving cooling. In addition, the factory added trick cylinder heads, with porting and polishing and oversized valves. With some other tweaks, the engine made around 70 horsepower, depending who you asked. That was 10 horsepower more than the standard Sporty engine.

Add in a set of Dell’Orto pumper carburetors, Showa suspension, and dual 11-inch front discs (the first Harley with dual disc brakes), and you had the sportiest machine that Harley-Davidson had built for years.

Sadly, there was still lots to dislike with the XR1000. The faux flat tracker was as heavy as a 750-class Japanese four-cylinder, but made less horsepower despite its displacement advantage. The front suspension was non-adjustable and the rear shocks were only preload-adjustable. The high-mount exhaust was uncomfortable, the bike didn’t handle well, and that big V-twin was full of vibration at high rpm.

The final nail in the XR1000’s coffin? Harley-Davidson priced it far higher than technically superior Japanese motorcycles. As a result, the XR1000 was only built in 1983 and 1984. and had a production run of approximately 1,700 machines. The MoCo left the street tracker market to custom builders until 2006, when it released the Sportster-based, Evo-powered XR1200.

This XR1000 is part of the Al Phillips collection, up for grabs at Mecum’s Indy 200 auction in July, 2020. It seems to have some custom modifications, but looks fairly clean—and fun, despite the bike’s shortcomings. Chances are the buyer won’t be using it to race at this point, anyway.