NCR practically rebuilt these Ducs from the ground up for racing.

Yesterday we brought you the Swedish-made Rob North Triumph Trident vintage racer that will be going up for auction in January. There's another Swedish-built superbike being auctioned off as well, this time from Italy. Like the Triumph, this Ducati 900 NCR is hitting the auction block next month, and is expected to make a pretty penny. 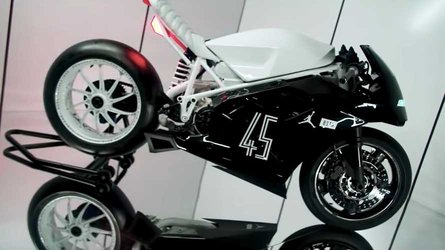 Air Jordan-Inspired Ducati 916 Is A Blast From the 90s 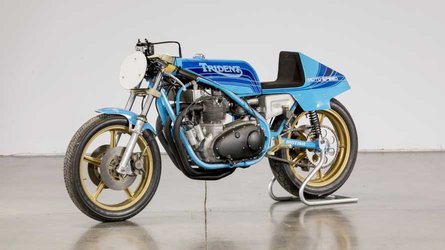 Check Out This Rob North Triumph Trident For Sale

NCR started in 1967 as a Ducati tuning shop. This particular bike is the same year and specification that saw former champion Mike Hailwood rode to an Isle of Man TT win in 1978 after a crash in 1974 almost ended his racing career. This is not that bike. Rather, Swedish Ducati specialist Torbjörn Lindgren built this particular bike using NCR parts, NCR's support, and additional support from Steve Wynne of Britain's Sports Motorcycles—the man behind Hailwood's 1978 TT win.

The NCR 900s are almost Ducatis in name only. Most tuners will substitute many of their own parts, from exhausts to engine internals, but NCR nearly designed a new engine based on the original, with a new crankcase of its own design. It's narrower than the original, as well as thicker, with extra webbing for improved strength. It has a dry clutch, no alternator cover, and uses a spin-on oil filter for faster and easier maintenance. The crankshaft, connecting rods, and pistons are NCR's own design as well.

The result was an engine producing 80 horsepower at the rear wheel. It was slightly less powerful than its contemporaries, but its reduced weight helped make up for that. Everything from a thin-tube frame to magnesium Campagnolo wheels added lightness, while the fiberglass fairing with holes in the front for extra ventilation helped the Ducati-NCR slice through the air.