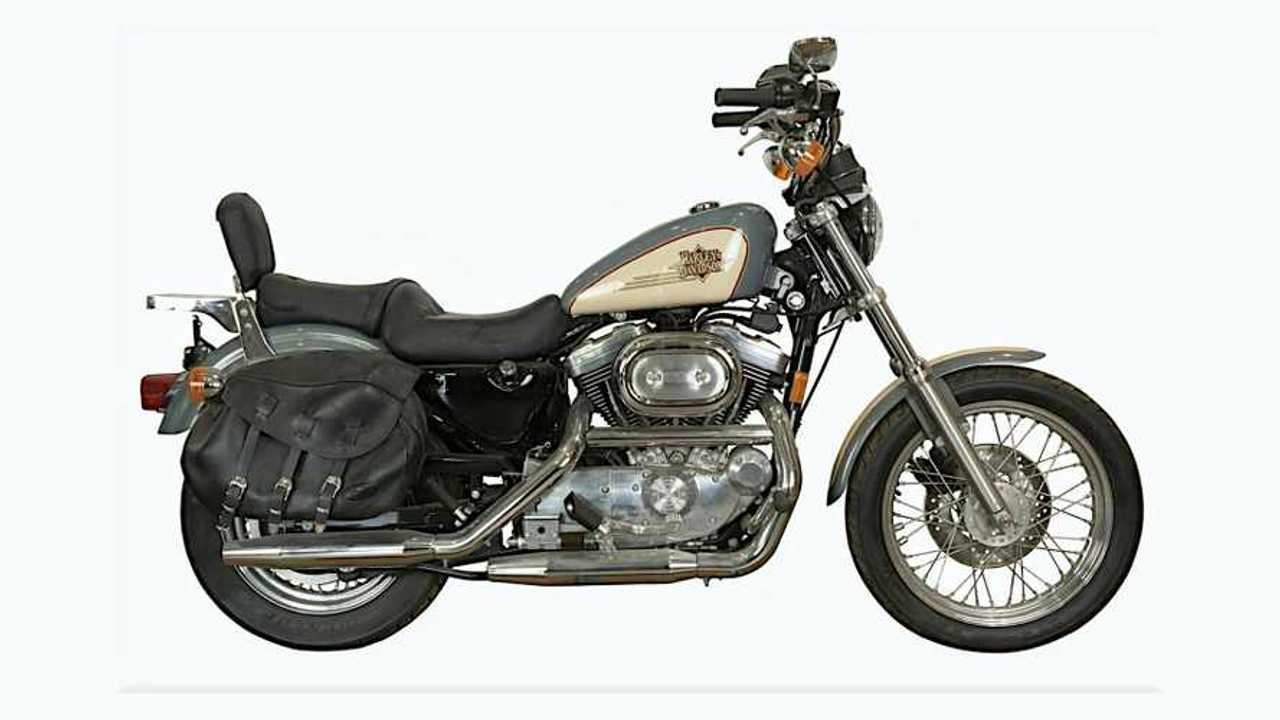 Ready for all your rides down by the river.

In the grand history of celebrities whose motorcycles end up on auction blocks, there are plenty of names you’d expect. Elvis Presley’s collection, for example, is extremely well known. In more recent years, just about everyone who rides knows that Keanu Reeves also loves riding.

Buying a bike doesn’t necessarily make you a rider, though. That’s not to throw any shade on people who buy bikes and then find out it isn’t for them. I mean, kudos for trying it and not being afraid to move on if you didn’t like it. People grow and change, and that’s part of what makes all of our lives what they are.

Anyway, one of those people was apparently Chris Farley. The late comedian purchased this cream and gray 1997 Harley-Davidson XLH 1200 Sportster—just because he thought he should. For those unaware, Farley hailed from Madison, Wisconsin, which is also where his family still lives. Wisconsin pride may have guided his hand in this purchase, but after a little time in the saddle, he quickly discovered that riding just wasn’t for him, according to his brother Tom. That’s why this bike has very few miles on it.

It’s up for auction via Live Auctioneers—and it ends later today (at the time of writing), on November 13, 2020. It’s expected to fetch between $4,000 and $6,000. If you look at the auction listing, you’ll note that it “exhibits light use and [is] in very fine condition. Ignition key is missing.” It turns out there’s a very good reason for that last line.

Farley’s brother has the key, and posted on Facebook that if the auction winner wants to actually ride it, they’ll have to talk to him. That has to have been a bittersweet story to tell, but it’s definitely a good one.

Your Bike Needs Some Friends: