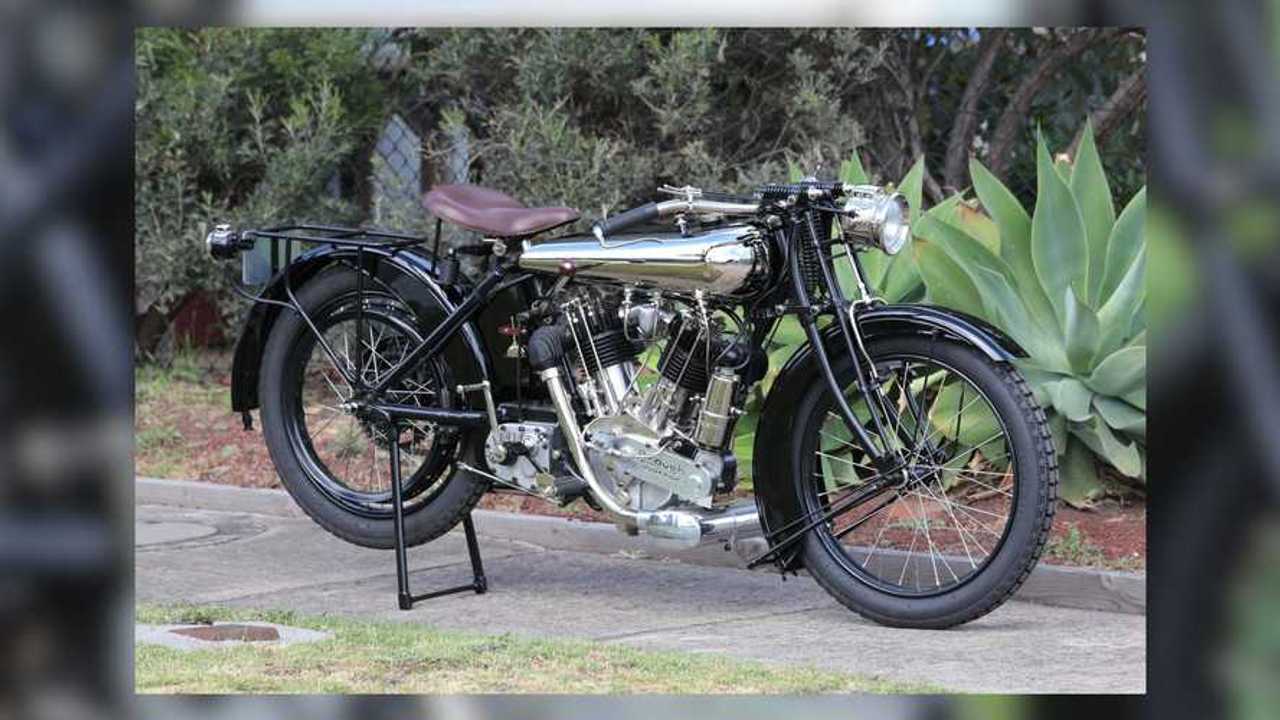 When you’re going through an unprecedentedly rough time in your life, one of the things that keeps you going is having a project you want to see through. Things might be rough for most of us out here in the world just now, but you never know when your great idea is going to end up like George Brough’s did as he waited for World War I to end.

The story goes that serviceman Brough got through some of the hardest times of the Great War by talking out the details of his ideal motorcycle design with fellow serviceman George Patchett. In 1922, Brough built this Brough Superior Mark 1, which is only one of two that are currently known to exist anywhere in the world.

George Brough’s ideas were simple enough. He just wanted to source the best components, create the best-looking, fastest, and best-handling bike he possibly could. I mean, if those aren’t #Goals for the ages, what are? He may have been working within the confines of what was available in the early 20th century, but those are some solid principles to live by in any decade.

The Brough Superior Mark 1 was fitted with a JAP (J.A. Prestwich) 90-Bore engine, which was a 1000cc overhead-valve V-twin. Shifting was done via a 3-speed Sturmey-Archer gearbox. By all accounts, it looked, handled, and went as fast as Brough hoped. When you come out of the gate this strong, what’s left to accomplish with your second bike? Apparently plenty, since the Brough SS100 came later. Brough was apparently one mad moto genius who knew how to stick the landing.

The fact that George Brough was also incredibly good at marketing his company’s creations also played a major role in why they made such an outsized dent in motorcycle history. Who else would think to describe a motorcycle they’d built as an “atmosphere disturber” in a piece of 1920 advertising copy? It might sound quaint to modern ears, but was apparently something Brough’s contemporaries very much wanted to hear.

This particular example is up for sale now through Mecum, and won the October 2019 Motoroclassica Concours. It has also recently received a fresh concours restoration, according to Mecum. If you’re interested, you can directly reach out to Mecum representative Rob Williams to discuss details.