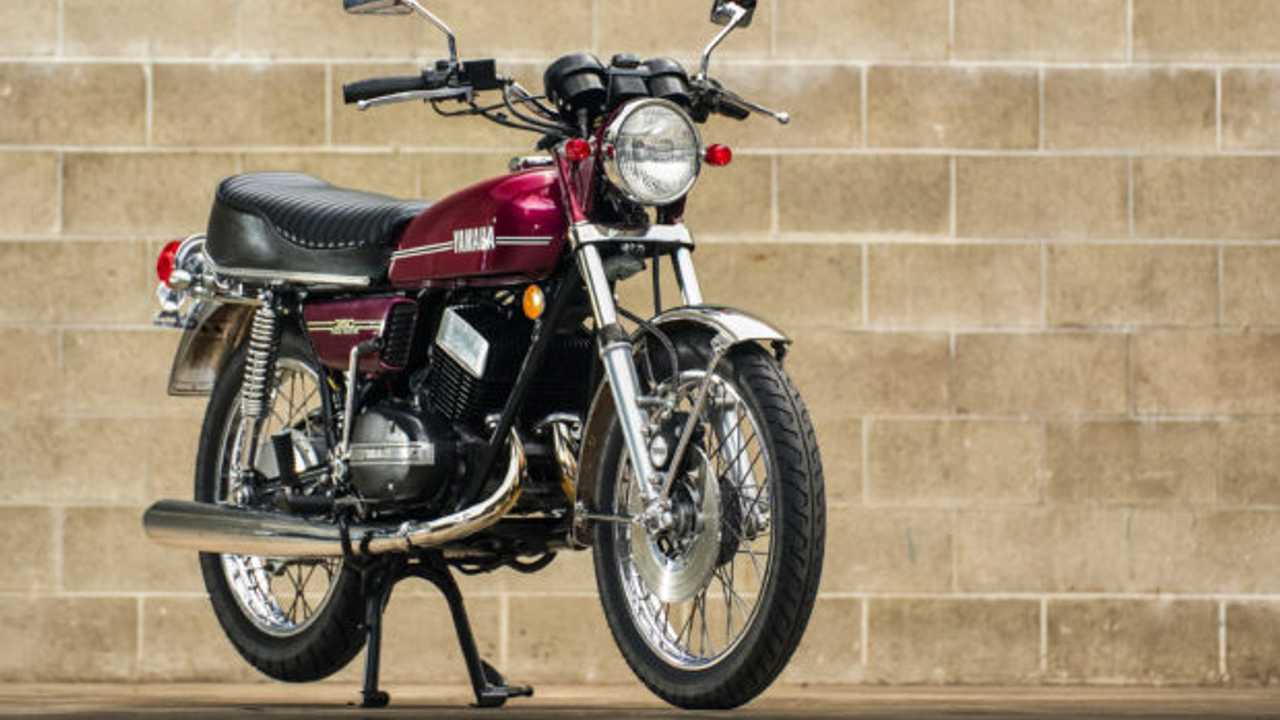 A nice piece of motorcycle history for your collection.

The Yamaha RD350 was a considerably powerful, and equally punchy motorcycle during its time. Powered by an air-cooled 347cc two-stroke parallel twin producing around 39 horsepower, power was sent to the ground with a fairly modern six-speed transmission with chain drive. The result of Yamaha’s rich heritage in racing in the late fifties to sixties, the RD350 was undoubtedly considered a sportbike back then, and a rather desirable model today.

Featured here is a 1974 Yamaha RD350 in a gorgeous metallic maroon. Topped off with complimenting black accents such as the seat, and engine and transmission assembly to complete the look. Being under the care of its current owner for merely a few months, the bike has not undergone a total restoration, rather slight touch ups here and there, such as a reupholstered seat. As such, the bike is predominantly in factory trim—a rare sight, given that the bike is more than forty years old. Prior to listing, the bike had undergone a major detail as well as a safety inspection, meriting it a clean Washington title.

Apart from the things mentioned above, some things worth noting are the factory-spec 18 inch front and rear wheels retaining their factory chrome finish wrapped in updated Shinko tires. Stopping power is care of a single front disc and a rear drum—common fare for performance motorcycles of that era. In order to keep track of maintenance, a Trailtech digital maintenance meter has been fitted, and doubles as a temperature gauge. The instrument panel displays only 24,000 miles on the odometer, proving that this bike has been very seldom used. Judging from the shape the bike is in, as well as the attention to detail that’s gone into it, I’m pretty sure whoever takes this beauty home will be one happy fellow. As of this writing, the highest bid on this classic Yamaha RD350 is at $3,100 with bids closing in four days. If this bike interests you, be sure to check out the original listing here.