This Gorgeous Zundapp K800 Is Waiting For A Buyer

Here's a vintage German bike with Art Deco styling and a four-cylinder engine.

Hey, kids! Would you like a gorgeous vintage European motorcycle with a revolutionary engine? If the answer is yes, then Mecum has just the thing for you: a restored 1938 Zundapp K800.

The Zundapp K800 is the perfect example of a great bike that was introduced at a bad time. For starters, it had a flat four-cylinder engine when most of the competition was using some sort of twin arrangement for their big bikes (Americans had V-twins, Brits had vertical twins, and the German competition built flat twins). Max output was 22hp at 4,300 rpm, which seems a bit wimpy. You can probably partially blame that on the sidevalve heads, or maybe the single carburetor setup. These were common design elements for the time, but they resulted in less power.

If Only We Had The Money: 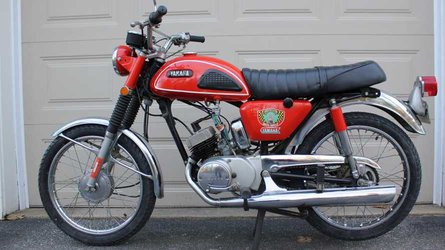 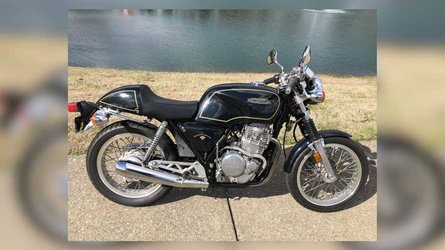 The engine used unit construction (the gearbox was an integral part of the engine assembly), with internal chain drive running the hand-shifted four-speed gearbox. Power went to the rear wheel via shaft drive. The K800 had drum brakes as standard, front and rear, and a pressed steel frame. The front end had a girder-type fork, and there was no rear suspension, only a cushy, sprung seat.

Mecum says the K800 had a top speed of 75 mph, which would have been plenty in an era with many unpaved roads, and sketchy motorcycle tires and safety equipment.

When the K800 came to market in 1933, the German industrial powerhouse was about to kick into overdrive, and the economy was booming—the perfect time to bring out a luxury bike. Alas, the unpleasantries that began later in the decade were bad news for Zundapp. The company did sell these bikes to the Wermacht, but after World War II, it focused on other, smaller machines. It’s too bad, because the K800 has absolutely gorgeous interwar Art Deco design, and the flat four engine design basically faded away until Honda resurrected the idea in the mid-’70s, with the Gold Wing.