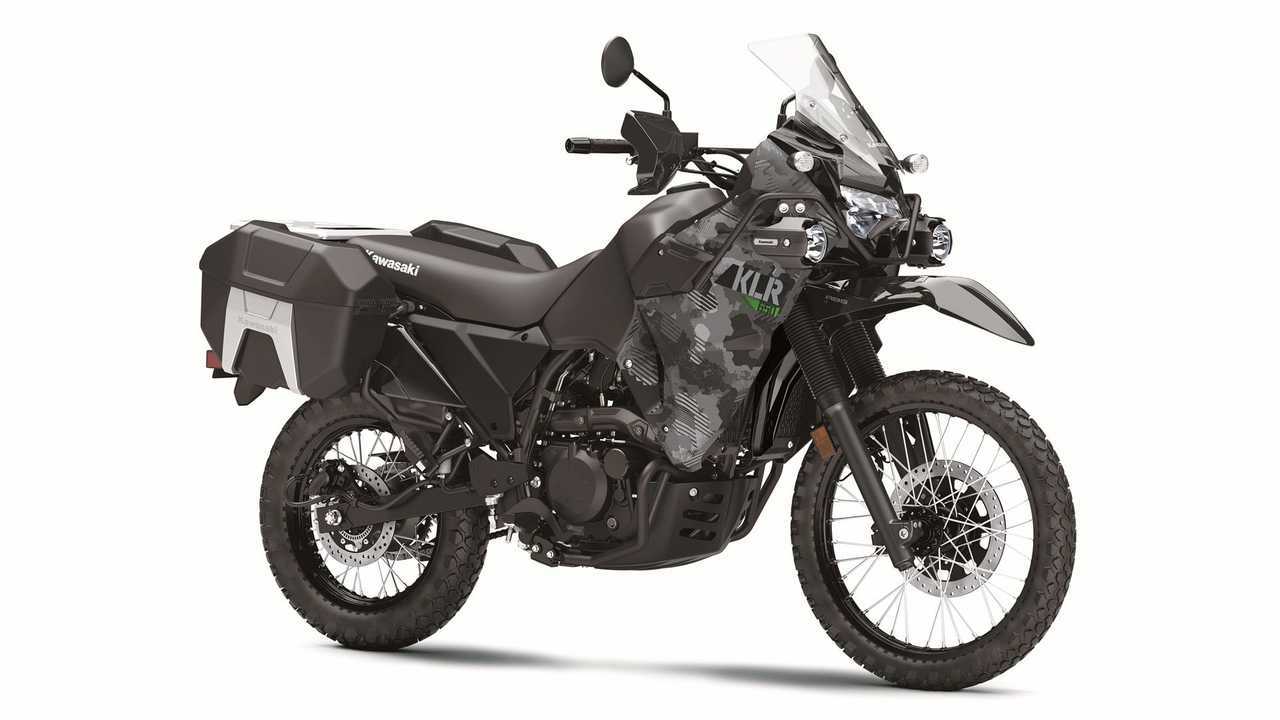 The iconic dual-sport is back.

After a little over two months of speculation about what bikes Kawasaki was going to unveil on January 26, 2021, we finally found out what was hiding under the covers.

Alongside the short version of the KLX230R S motocrosser, Kawasaki unveiled the long-awaited and highly-anticipated new KLR650. The returning iconic dual-sport is both new and old, modernized and true to its roots. We take a look at everything that’s new and everything that isn’t on the new 2022 Kawasaki KLR650.

We knew Kawasaki would eventually re-enter the adventure slash dual-sport segment, we just didn’t know when or how. We had a lot of thoughts about how Team Green would make its comeback, but frankly, we didn’t expect the KLR to return almost identical as the previous model.

Instead of trying to re-invent the wheel, the company stuck with a formula that works. Under the modernized bodywork, the popular dual-sport continues to rock a 652cc single-cylinder mill rate at 39 lb-ft of torque (no horsepower figure announced) and paired with a five-speed gearbox.

The suspension set up is also the same (41mm telescopic fork and Uni-Trak monoshock with 7.9 and 7.3 inches of travel respectively), however, the brakes hardware changed slightly with a larger disc at the front (300mm over 240) and a thicker disc at the back.

As for the ergos, they were also tweaked ever so slightly to improve riding comfort. The tweaks include a wider handlebar (+10mm), foot pegs pushed forward (+10mm), rubber mounts to limit vibration, an optimized fuel tank shape for increased legroom, and a taller windscreen.

Though the list of upgrades on the new KLR650 is rather short, some of these upgrades are significant. Replacing the Keihin carburetor with a 40mm throttle body is one of them.

Fuel injection is an important upgrade, especially on a bike designed to go anywhere, anytime. Unlike a carb, fuel injection isn’t sensitive to temperature changes or reduced atmospheric pressure. You don’t need to “warm up the engine” when the mercury drops, nor do you have to worry about getting the engine running at higher altitude. The days of the choke lever are over.

On top of this, fuel injection is also far more efficient, reliable, and allows the engine to make better use of the fuel available. The bike ultimately runs better and can take those 6.1 gallons of fuel a lot further than its predecessor.

Road-side fixes might get trickier if the system does end up failing but that’s the cost of innovation.

ABS but for Off-Roading

ABS is a bit of a polarizing system. While it can be tremendously useful on the road when you least expect to lose control of the rear wheel, it does get in the way when that’s exactly what you need the bike to do.

For that reason, the new KLR650 remains available without the ABS, but new on the 2022 model-year is the addition of an available dual-purpose ABS, developed in collaboration with Bosch. While the system isn’t adjustable (like with riding modes), it is designed to be far less invasive and to slightly delay the reaction time to allow some wheel slippage.

Kawasaki first introduced the system on the KLX230 so it kind of made sense for the KLR to receive it as well since it’s designed to be versatile on and off the road.

Most Affordable Mid-Size Dual-Sport On The Market

Despite the slew of upgrades it received, there’s yet another thing that hasn’t changed on the KLR: its price. Modernization did not come at a cost this time around as the 2022 KLR is offered at $6,699 which is the same number that appeared on the 2018 price tag.
This makes it the most affordable mid-size dual-sport bike currently on the market.

Comparatively, the Suzuki DR650S goes for $6,799 while the Honda XR650L starts at $6,999. Both competitors continue to run on a carbureted 644cc single, but on the flip side, they’re also much lighter at 366 and 346 pounds respectively. The 456-pound KLR is a middle-ground bike that’s more travel friendly than its Suzuki and Honda counterparts.

Four Versions to Meet All Needs

Also new with the 2022 model is the introduction of four trim-levels—two of which are the ABS and non-ABS versions. Kawasaki offers buyers to add a few creature comforts with the Traveler, equipped with a top case, a USB port, and a power outlet to charge all your devices.

Sitting at the top of the range is the gnarly-looking KLR650 Adventure, armed with a crash bar and engine guard, auxiliary fog lamps, panniers, and power sockets (USB and DC).

Pricing for the range goes as follows:

Check Out The 6 Best Enduro Motorcycle Helmets You Can Buy
Ducati Teases New Scrambler Presentation On March 10, 2021
The Husqvarna E-01 Electric Scooter Could Be Coming In 2022
Meet The Smallest Indian Of Them All, The MM5A Mini Bike
Harley-Davidson And TEEX Team Up For Motorcycle Training Courses
Commenting Guidelines
Sign In or Sign Up
© 2021 Motorsport Network.
++