5 Bikes Justin Is Looking Forward To In 2021

My taste in motorcycles is quite wide and varied. Recently I've been leaning more toward the dirt-capable variety. I also like a good deal, the ability to get a good bike cheap. The bikes I'm most looking forward to seeing next year all fall into at least one of these categories.

I thoroughly enjoyed my demo ride on a Tiger 900 last year. Triumph has taken that solid formula, taken away a little content and horsepower, and dropped the price to reduce the barrier to entry on one of these sweet rides. Personally, I'd probably still go for a Tiger 900, specifically a more dirt-capable version than the 850 Sport, which is primarily intended for the road. I appreciate what Triumph is trying to do with this bike, though. I also like how, although Triumph cuts some corners to reduce the price, they don't cut any of the important ones.

Hades has officially frozen over. A Harley-Davidson is on my list. Ever since they announced the Pan America, I've been genuinely curious how good it would be, particularly as an alternative to the big adventure bikes available from BMW, KTM, and Triumph. Harley has an uphill battle to convince the masses that it's serious, but I have an open mind and am willing to be convinced.

I've always liked the Grom. It's the ultimate hooligan bike, and proof that good things come in small packages. The updates for 2021 include fresh styling, a tiny power upgrade (there's only so much you can do with 125cc of fire-breathing horsepower), and a five-speed transmission, all of which are welcome additions to the Grom. As a beneficial side effect, with a new version out, maybe the values of the older ones will drop a bit.

While Janaki included the G 310 R, I'm excited to see its dirty brother, the G 310 GS. At six feet tall I don't stand to benefit from the new model's additional accommodations for smaller riders, but I appreciate bikes that are accessible to a wide variety of people. I welcome the lighting upgrades, and I love the looks of the Rallye version's red frame and Kyanit blue metallic tank cover. I'm more likely to ride one of these than a Long Way Round spec R 1250 GS. Like the Grom, I've been a fan of this bike since it came out, and I look forward to seeing it get even better.

Kawasaki left a KLR 650 sized hole in its lineup in 2018, one that so far hasn't been filled (except by the Yamaha Ténéré 700). I've been hearing rumors and getting my hopes up for over a year that Team Green would introduce an updated version of its venerable midsize dual-sport. I am certainly biased about this, owning a 2005 KLR of my own, but I am far from the only KLR fan who feels this way. Hopefully, Kawasaki's new model announcement in January 2021 will give us what we want. I'm also prepared to be disappointed in there not being a KLR replacement, again.

I Want A Hippopotamus For Christmas: 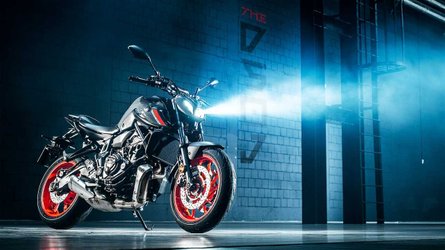 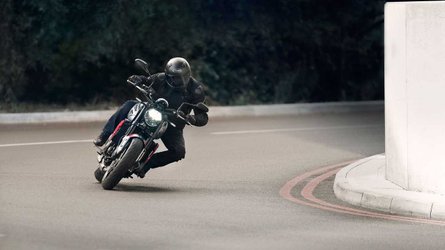 5 Bikes Janaki Is Looking Forward To In 2021
By: Justin Hughes
++
Got a tip for us? Email: tips@rideapart.com