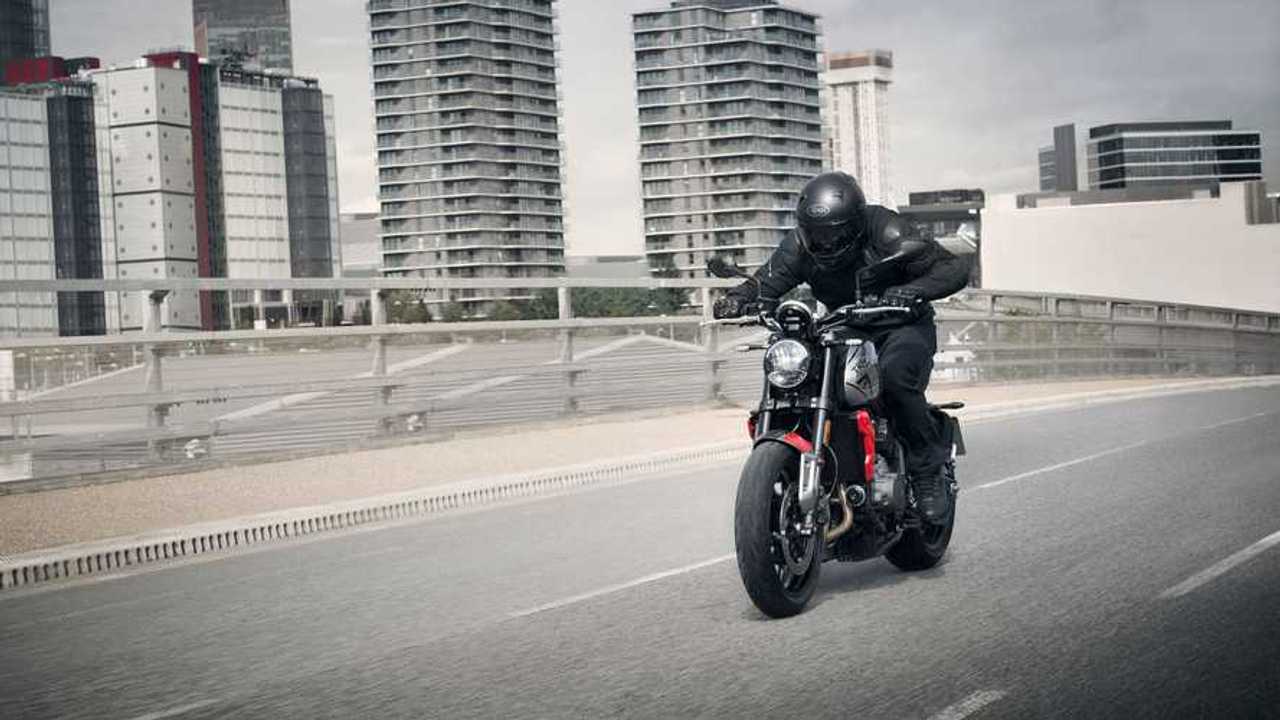 In an underwhelming year, I find reasons to be whelmed.

Man, what a stupid year 2020 has been. From the global pandemic, lockdown, and impending economic disaster to massive civil unrest and the election fiasco, it's been hard to get excited about anything in 2020—save for maybe a massive, world-ending asteroid strike. Not even motorcycles—the coolest thing in the universe—could take the edge off this year.

I mean, yeah, 2020's slate of cautious, conservative, paint-and-tape-stripe "special editions" that the OEMs tried to pass off as new models was pretty underwhelming. I can't really blame the companies for playing it safe, though. It was hard to know what, if anything, would sell when entire economies were shut down and millions of people lost their jobs. That said, there were a few bright spots this year—actual, wholly new bikes released into the wild (or announced for 2021 releases) that made life more bearable in the time of Covid. I even liked some of them!

So, without further ado, let's check out my list of 5 bikes I'm really looking forward to in 2021.

Something To Look Forward To:

5 Bikes Janaki Is Looking Forward To In 2021

My first draft of this section was simply this:

Unfortunately, someone *cough*Sabrina*cough* said I had to have more words here. I really feel that Holly Hunter's delivery of this line and the context of the scene sum up my feelings on the Trail 125 perfectly, but since this ain't GifApart I guess I'll expand on it.

Honda's family of bikes powered by its tiny, mighty, 125cc mill is one of my favorite things in the modern motorcycle world. I adore the lovely Super Cub in all its staid, traditional glory. I love the ridiculous neo-Monkey with its just-right proportions and its charming, winky-eye instrument cluster. I even love the Grom which, despite not really being my style, still makes me smile like an idiot any time I see one. So, of course, when Honda announced the Trail 125 in 2019 (back then known as the Hunter Cub) it was love at first sight.

You can imagine, then, just how jealous I was that Dustin got to go thrash a brand new Trail 125 around Southern California in late 2020. His experience with it only reinforced my first impressions of the bike as a sturdy, go anywhere, do anything retro dual-sport-ish machine. As a dyed-in-the-wool city boy, I'm not into off-road bikes in general, but I am into this particular off-road bike. Would I own one? Probably not. Do I love that it's out there doing its thing and making other riders happy? Absolutely. Good game, Honda. Now, bring me a retro-styled CB550 and we'll be golden.

Over the past couple of years, I've come to the conclusion that Honda made some of the best, if not the best, bikes in the world in the late-60s and early-to-mid-70s. The long reign of Team Red's overhead-cam twins and fours during this time is one of the great success stories of modern motorcycling. From the pocket-sized CB125 to the mighty CB750, Honda had the market on lockdown. Among these legendary bikes, the CB350 stands out as one of the most memorable of Honda's SOHC twins.

Now, I've never had a CB350 (although I've had a CB200, a CB450, and a CB500), but I understand they were pretty cool. So, when Honda India announced the CB350 H'ness my curiosity was definitely piqued. Dreadfully stupid name and single-cylinder mill aside (CB350s are and forever shall be parallel twins, so say we all), I really dig the neo-CB350. It's just the right mix of new tech and old school charm, and I definitely wouldn't mind one in my garage.

Unfortunately for me, and for other bike nerds who happen to be kinked the same way I am, it looks like H'ness won't be coming to America. While it's disappointing, it's not particularly surprising seeing how the bulk of American riders seem to think that any bike under 2,000ccs is a girl's bike and, as we know, there's nothing more shameful than being a girl. Maybe Honda will do us a solid and bring the H'ness here (drop that name though, yikes). If so, one may find its way into my fleet.

Yes, I know this is just a Kawasaki W800 dressed up in an old-timey, traditional costume. No, I don't care. Not even a little. I'm typically rabidly anti-zombie-brand (the act of resurrecting an old motorcycle marque to cash in on nostalgia), but the Meguro pushes all the right buttons for me. Incredible retro lines? Check. Obscure motorcycle history? Check. Fantastic engine? Check. Actually a Kawasaki but masquerading as a weird proto-Kawasaki that no one's heard of? Check.

I have no idea why I like the Meguro so much when I should loathe it, but I do. It's just so cool and, despite just being a badgineered W800, has its own personality and style. I also love the nod to Kawasaki's history and the Meguro name. It's the least explicable entry on my list, but here we are.

Kawasaki, if you're listening, please send one (1) Meguro K3 to my house. I promise I'll take real good care of it. I'll feed it and wash it and ride it every day. It'll be great, you'll see.

Despite, well, *gestures helplessly at everything*, Royal Enfield has continued to kick copious amounts of ass in 2020. The company has had it rough, sure, but it still managed to launch the Meteor 350 in November, 2020. Yes, there were some delays, and yes some people might argue that Enfield only got its act together once Honda fired a shot across its bows with the CB350 H'Ness, but none of that matters. The Meteor is finally here and it is good.

With its drop-dead looks and its little bike charm, Enfield's newest bike is a fitting replacement for the late, lamented Bullet 500. It seems to be pretty well outfitted for a bike of its size and market niche, and with three trim levels and a slew of accessories, there are plenty of options for owners to choose from. Best of all, the Meteor is actually coming here to America, so I might actually have a chance to ride it! Take that, Honda.

The Trident almost, almost, makes up for all the other horseshit we've had to endure in 2020. It's a bike I didn't know that I wanted until I saw it, but once I saw it I wanted one very badly indeed. Look, you all know that I love a triple and I love a simple, no-frills, medium-displacement bike. So, when Triumph put an all-new 660cc triple mill into a simple, lightweight, and most importantly cheap cruiserweight motorcycle I was immediately sold. It's like a Reese's cup—two great tastes that taste great together.

Sadly, since America is currently a pariah state thanks to our atrocious yet completely on-brand response to the C19 pandemic, I was unable to attend the Trident's European press launch. Even more unfortunately, since 2021 isn't looking any better on that front, Triumph doesn't have any plans currently for an American press launch. More's the pity, because I really want to get some seat time on a Trident. Hopefully, I'll be able to get my hands on one come summer, 2021. If that happens, you can bet that I'll wring everything I can out of it to bring you a solid review.