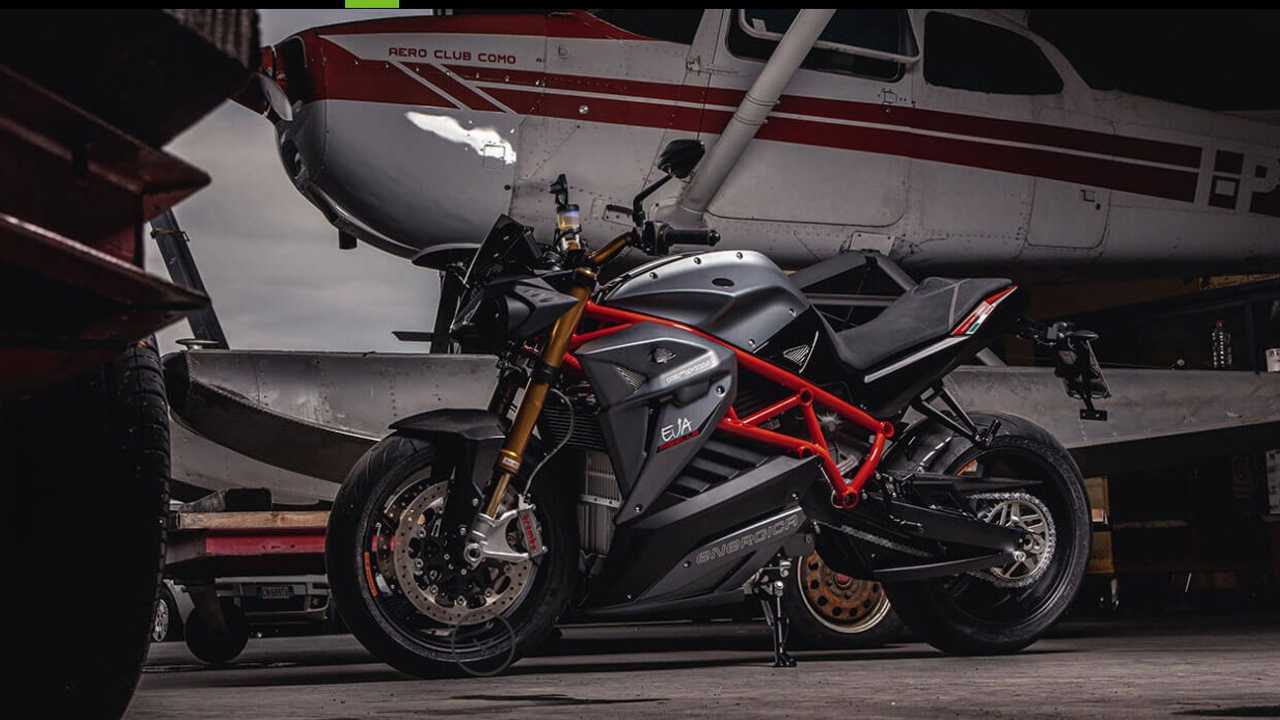 It’s good to be Energica. The Italian manufacturer is rocking the electric motorcycle game. In only six years, it has not only introduced some of the most striking and exciting electric bikes on the market, but it also became the official supplier of the first electric motorcycle racing series, MotoE.

While the company has been around since 2014, it looks like things have really picked up over the past year or so with announcements of exploding pre-order numbers and accelerating production volume. The brand’s increasing popularity can be attributed to a number of factors, including worldwide exposure thanks to MotoE, gorgeous designs, and, more recently, one of the best electric ranges in the industry. In fact, at EICMA 2019, Energica upped the ante on range when it introduced the all-new Eva Ribelle armed with a new power unit. The bike was announced with a combined range estimated at 143 miles. What else does this rebel get you? Let’s have a look at everything we know about the 2020 Energica Eva Ribelle.

The Way Of The Energy:

In 2015, the Energica Ego became the company’s first model to hit the market. With a range of 93 miles and fast charging technology, the bike was a promising start for the company. The Eva EsseEsse9 followed in 2018 as a stripped-down, (slightly) more affordable alternative.

After designing a fully-faired sportbike and a naked standard, the next logical step for the Italian firm was, like for any self-respecting Italian bike maker, to come up with a streetfighter. In true streetfighter form, the Ribelle pretty much is a stripped-down Ego. That's made obvious by the number of components the two models share, from the steel tubular trellis frame and aluminum swingarm to the 17-inch cast-aluminum wheels wrapped in Pirelli Diablo Rosso III tires. With its dual headlight, small cowl, aggressive S silhouette, and exposed trellis frame, the Eva Ribelle rocks the quintessential streetfighter look.

The Ribelle’s frame is supported by a 43-mm Marzocchi inverted fork with adjustable rebound and compression at the front, and an adjustable Biturbo rear monoshock at the back. Stopping power is provided by two 330-mm Brembo discs and four-piston radial calipers at the front wheel and a single 240-mm disc with a two-piston caliper at the back—paired with standard Bosch ABS.

The Eva Ribelle runs on an oil-cooled, permanent magnet AC electric motor teamed with an 18.9 kWh lithium-polymer battery (max capacity is rated at 21.5 kWh). The bike is rated at 248 miles in the city, 143 miles combined, and 112 miles on the highway, and is compatible with Level 2 chargers and DC fast chargers. While with a Level 2 charger, a full charge will take up to six hours, the downtime is reduced to only an hour with a DC fast charger (40 minutes for a recommended 80-percent charge).

When it comes to streetfighters, good looks and performance components are one thing but you also want the output to match the name and the Eva Ribelle definitely delivers on that front. It produces 145 horsepower, 159 lb-ft of torque, and can reach a top speed of up to 125 miles per hour (electronically limited). Energica doesn’t advertise any 0-to-60 numbers but for reference, the Energica Ego Corse produces 161 horsepower and 159 lb-ft of torque and the manufacturer claims it can do the 0-to-100 km/h (0-to-62 mph) in 2.8 seconds. We can assume the Ribelle isn’t too far behind.

Inside the cockpit, the bike features a 4.3-inch TFT display with integrated GPS, Bluetooth and MyEnergica app connectivity, cruise control, as well as riding and ABS modes. Owners can also upgrade their model with heated grips and keyless ignition.

Energica has yet to announce the 2020 Eva Ribelle’s pricing and availability. Some sources suggest that the price tag could start at around €23,000 (more or less $25,500) but the information hasn’t been confirmed by the manufacturer at this point.