If those halcyon days of early 1990s Honda design call out to you, you’ll most definitely want to take a look at this extremely sweet 1994 Honda CBR600 F2 someone currently has for sale. While we haven’t seen it in person, it looks to be in pretty phenomenal shape for its age. Some honest wear (like small rock chips in the front fairing), but that just shows you it’s been ridden, not left alone and unloved. Nice.

A liquid-cooled, 599cc DOHC inline-four mated to a six-speed gearbox powers this potent little black, violet, and red beast. It comes with four 34mm flatslide CV carburetors, clip-on handlebars, a two-up saddle in very nice condition, dual disc brakes up front and a single disc in the rear, and an adjustable Showa suspension. It’s the best kind of early ‘90s time capsule, and hopefully whoever takes this no reserve beauty home thinks so, too.

So far, this F2 had two owners prior to finding its way to the dealership that currently has it listed on Bring A Trailer. Somewhere along the way, a few small mods made their way onto this bike. You’ll find some very nice flush-mounted rear turn signals, which are specifically called out in the walk-around and startup video. Pro-Grip grips and a nice Yoshimura exhaust complete the very short but sweet list of things that have been modified on this bike.

According to the seller, a service involving oil and tire changes was performed in 2019. There are 17,000 miles on the clock, and actual mileage is unknown. It comes with its original tool kit, the owner’s manual, and a clean Wisconsin title. It’s up in Menasha, Wisconsin, but can be shipped if you can’t pick it up in person.

This F2 purrs quite nicely, if the startup video is anything to go by. It’s probably an absolute blast to ride. This no-reserve auction is currently up to $1,500 at the time of writing, and ends just before Christmas Eve, on December 23, 2020. Whether it’s a present for you or someone else, here’s hoping someone gets this F2 goodness to cap off 2020.

The Bikes Were Nestled All Safe In Their Beds: 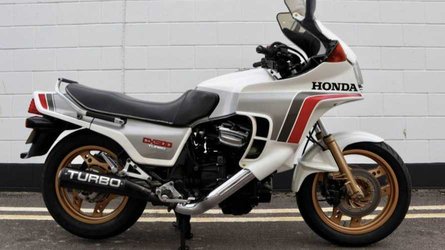 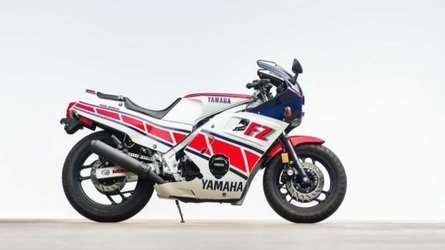