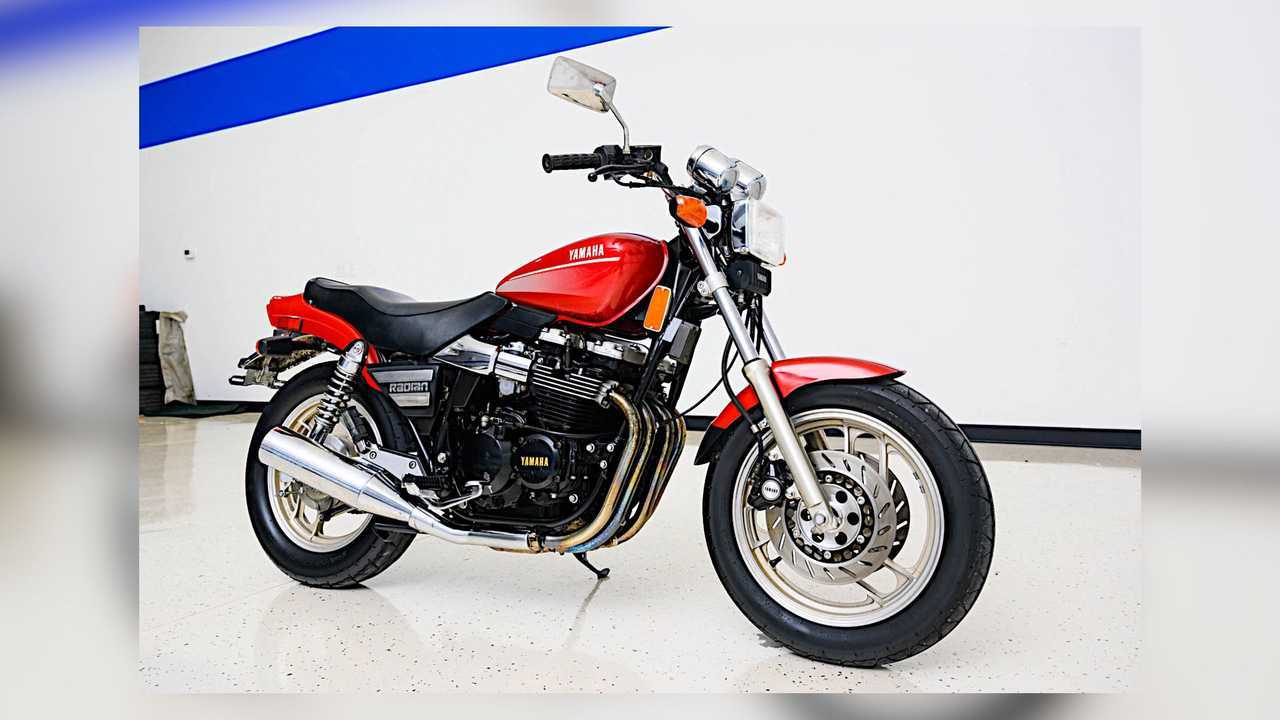 Some bikes grab you with your eyes, not letting you look away once you’ve seen them. They steal away your waking thoughts when you can’t get visions of them out of your mind. Hopefully, you can concentrate well enough to get some work done so you can go ride later, but there are no guarantees. Different bikes do this for different riders, of course—and not every bike does this at all.

Instead, some bikes grab you when you actually ride them. I realize I’m an outlier here, but I wasn’t all that keen on the looks of the Ducati Scrambler when it was first released. Riding one, though, instantly made me understand that it’s a fun, forgiving bike, and one I’d be happy to spend time with even if I only grudgingly like the looks of the café racer one.

Thus, the 1990 Yamaha Radian. It doesn’t immediately grab you to look at. If you’re well-versed in Yamahas of the era, you may either already know or correctly conclude that it’s very much a parts-bin special. Still, even if that’s the case, does that mean it can’t actually be a little bit special in its own right? It's somewhat of a well-worn cliché, but beauty truly is in the eye of the beholder with so many things, not the least of which is individual bikes.

First produced in 1986, the YX600 Radian featured several cosmetic nods to the VMAX upon its introduction, including little chromed bits here and there, as well as seven-piece plastic bodywork. The air-cooled, 598cc inline four produced a claimed 66 horsepower when new, came with four Mikuni carburetors and a four-into-two exhaust system with chrome mufflers on either side. A six-speed gearbox and a drive chain helped you go, while dual disc brakes and a rear drum helped you stop. A conventional fork and dual chrome rear shocks did suspension duties—and went on to be the one element that got the most complaints from riders.

When new, it was considered a great bargain of a bike. It handled well, did its job, and was largely bulletproof—maybe not a showstopper or head-turner, but more than up to the task of being fun to ride for as long as you wanted to go. Sometimes, isn’t that what you want? The best bike is, after all, always the one you’re going to actually ride.

This particular example has 5,000 miles on the clock, and is being sold by a dealer with a clean North Carolina title. The photos look like a solid, honest bike—but there’s no mention of any recent service having been performed, and there’s currently no running video at the time of writing, either. The selling dealer does say they intend to post a running video in the next couple of days, so if you’re interested in this bike, you may want to bookmark the auction listing to see if they post it. The auction ends on September 23, 2020, and bidding is up to $1,200 at the time of writing.

There's A Rare 1986 Suzuki GSXR750 Limited Edition JDM Up For Grabs
++
Got a tip for us? Email: tips@rideapart.com