Snow's No Problem If You Win Yourself This 1979 Chrysler SnoRunner 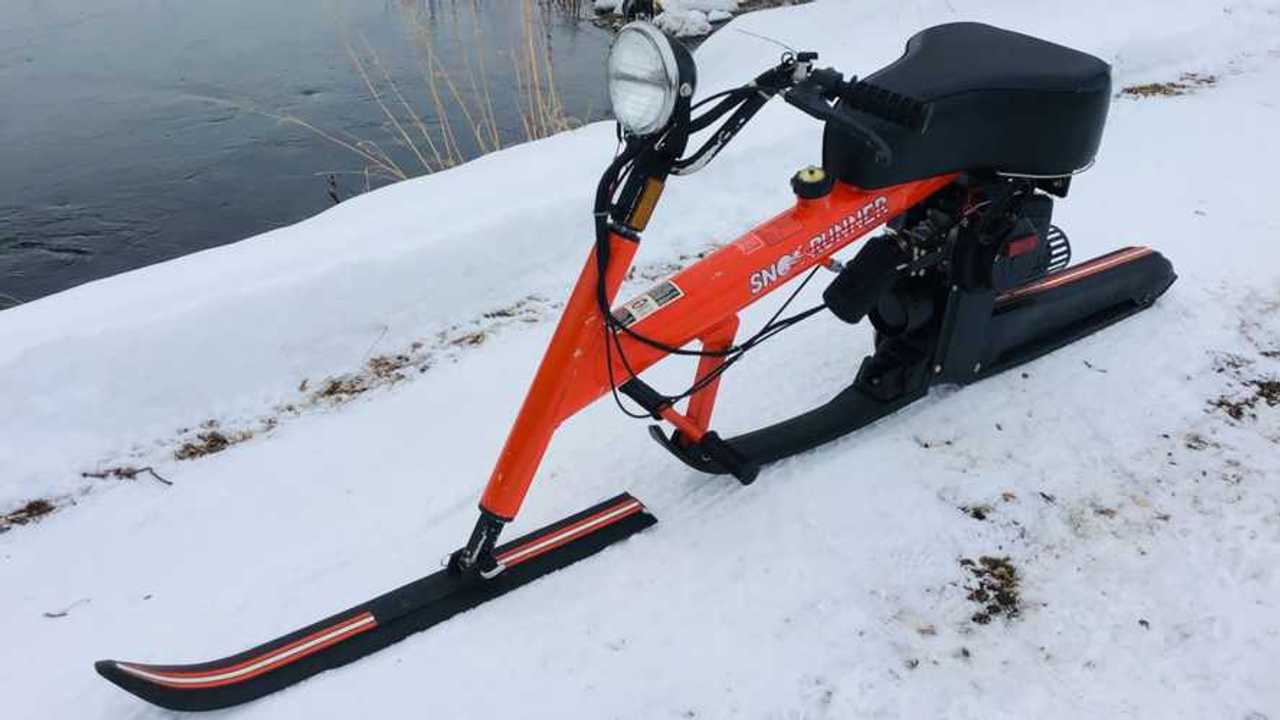 Break out the hot choc!

If you ever wanted to go dashing through the snow on a one-ski open sleigh, you’re in luck. No, that 1982 Chrysler SnoRunner from December 2019 still unfortunately sold to someone else—but a cherry red 1979 version just came up on Bring A Trailer with no reserve. It starts, it runs, and it could be ideal for your snowy trail-riding dreams if you’re in an area where that’s a thing this time of year.

This Chrysler SnoRunner Will Keep You Riding All Winter
⠀

What could possibly go wrong? Plenty, if you catch a tree root, branch, or other hidden snow obstacle the wrong way. This mono-skimobile is reminiscent of Mr. Plankton from Spongebob, in that it seems to get an awful lot done with just the one ski, while everyone else is going around with an extra one for no reason.

Powered by a 134cc marine Power Bee 820 engine, Chrysler billed this as “the exciting new winter fun machine” whose time had come at a 1976 snowmobile expo. Unfortunately, as Hemmings wrote, corporate cost cutting led to the production model using a wholly unsuitable exhaust that cut the actual power down, effectively limiting the thing to a top speed of about 25 miles-per-hour with a nice, icy tailwind. It’s allegedly also extremely persnickety to use unless a rider is a) very light in weight, b) very experienced, and c) is operating the SnoRunner on super-flat, ideally snow-packed trails.

Your brake, incidentally, is actuated by a band on the clutch drum that you operate from a left-side-mounted handlebar lever. For ease of disassembly, there are five quick-release pins to let you take the thing apart and marvel at its bonkersness without the aid of a single hand tool, according to the seller.

You also get an added high beam with which to blind your woodland prey, and the fuel is ingeniously located inside a frame tube that holds about 1.3 gallons of pre-mix. Marketing materials of the time say this will let you run it for around three hours of backwoods hooning.

It’s unclear exactly how much this particular example has been ridden, as there’s no instrumentation or other documentation to give any type of reliable assessment. The current owner says they’ve run it for about ten minutes, some of which are undoubtedly shown in this video. Bidding at the time of writing is up to $1,300, and it ends on February 18 at 12:50 p.m. Eastern Time if you want it.