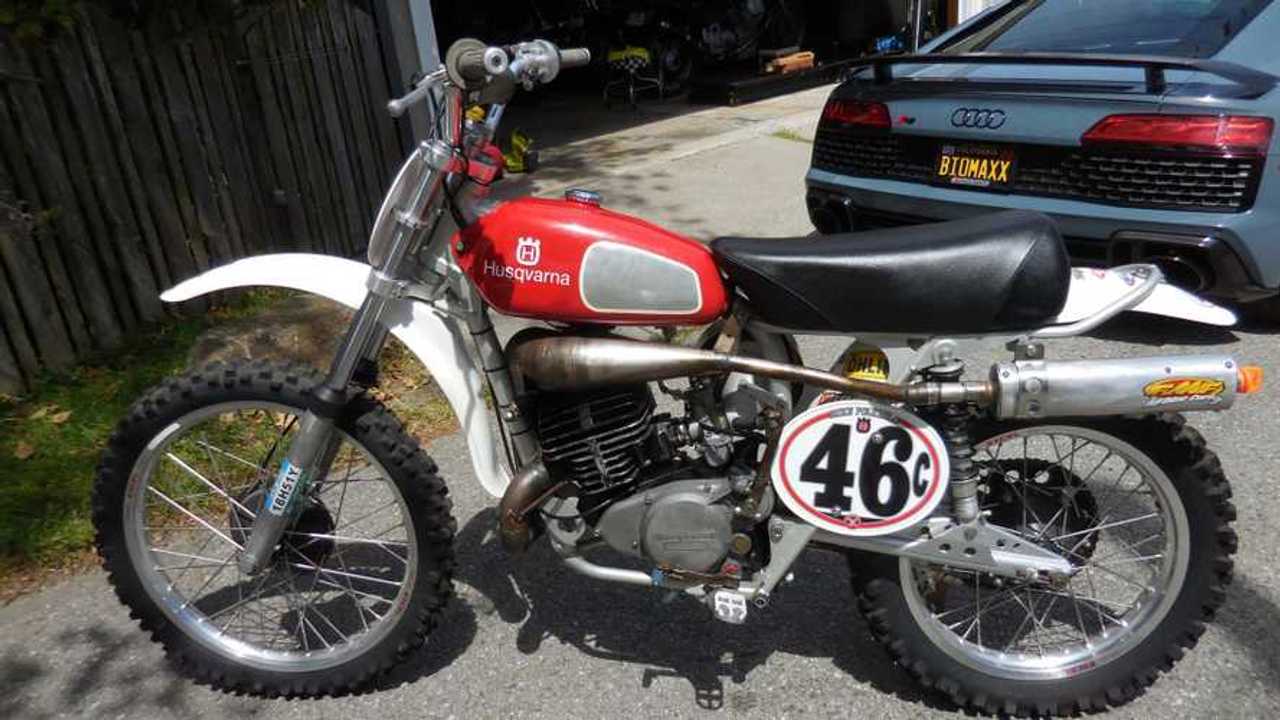 How would you like to buy a relic from a past era? No, we aren’t talking about an Egyptian sarcophagus or a pile of Roman coins—we're talking about this 1974 Husqvarna 250 Magnesium motocross machine, available on Bring A Trailer.

European manufacturers dominated the off-road scene in the 1960s and early 1970s, as they figured out the secrets to speed: powerful engines, reduced weight, precise handling, and competent suspension. The Japanese OEMs were catching up fast, though, and this ‘74 machine is from the days where focus started to move away from the Euro bikes—this was a move to stay competitive. Many of those European-built brands (Bultaco, CZ) faded into unpopularity or went under in the following years, but Husqvarna survived to this today, and so has this gorgeous vintage MXer.

Who Wants An Old-School Dirt Bike?

The 250 Magnesium is considered one of Husky’s greatest machines, partly because it’s so lightweight. Like the name implies, Husqvarna used several magnesium components in this bike, including all-magnesium crankcases.

Husqvarna wanted a works-level machine, and its previous 250 wasn’t up to snuff. In addition to the weight-saving measures, the engineers reworked the air-cooled 247cc single-cylinder engine for more horsepower, and paired it with a five-speed gearbox. Husky also modified the suspension geometry and added high-end components. It was a premium machine, meant to stave off the Japanese competition.

The result was an extremely competitive bike for its  era, and for decades afterwards in vintage racing. The advert notes that this particular machine ran in the AHRMA series for several years.

It received plenty of modifications including a new frame from Vintage Husky in San Marcos, California. The shop also overhauled the engine and overbored the cylinder (the ad doesn’t mention a horsepower rating for the machine, though). This bike has a performance-tuned exhaust, a Mikuni carb, Excel aluminum wheels, VMX shifter, pegs, and controls, a new handlebar, air-adjustable shocks, and plenty of other go-fast bits. The sale includes some of the bike’s OEM take-off parts along with service records.

With all those replacement bits, this isn’t an unmolested historic machine. Instead, it's something even better: a surviving example of one of the best motocrossers of its day, followed by years of success in the vintage racing scene. It’s a bike built to be ridden hard, not ogled in a museum, and the replacement parts drive that message home.