This 1966 Honda CL160 Is The Cutest Scrambler Ever 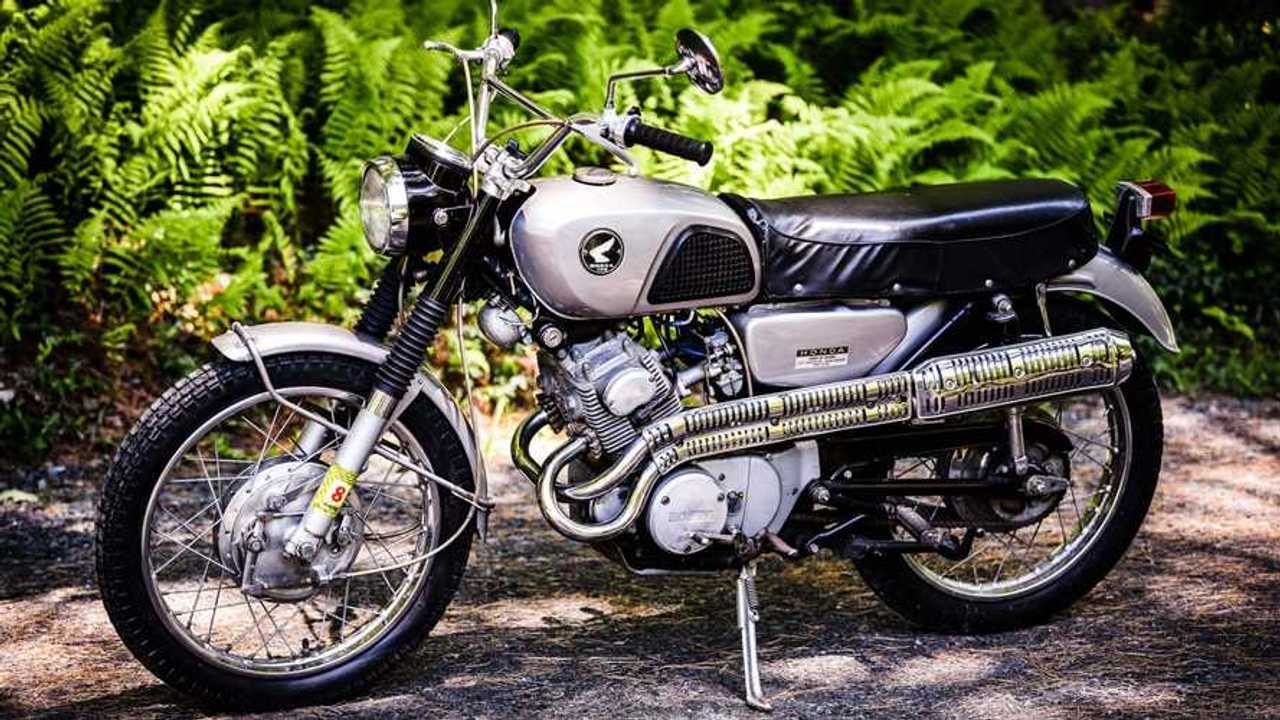 Bring a Trailer brings us this unique one-year model for sale.

They say you meet the nicest people on a Honda. That search for nice people can extend even farther, off the beaten path, with this unique scrambler edition of the Honda CL160. It's so unique that it was only available in 1966, but you can buy this one right now on Bring a Trailer.

The CL160 features the usual attributes of a road bike converted for dual-sport duty. It has a high-mounted exhaust and fenders for better clearance, a factory skid plate to protect the 161 cc twin-cylinder engine, an upright braced handlebar, rubber fork boots, and spring-mounted footpegs. The engine is kick-start only and has a four-speed transmission. The only color available was silver with black trim.

This particular bike features fresh silver paint, two slide-operated Keihin carburetors with aftermarket pod filters, an aftermarket windshield, and dual mirrors, an unusual option for a bike from 1966. It has a replacement headlight-mounted speedometer that reads all the way to 100 mph, even though a top speed around 50 is more realistic. The true mileage is unknown, but the current owner has put on about 500 miles, and the original odometer reads a likely accurate 6,978. The original air filters are included as well. There's a little rust on some of the chrome parts, but it's not too noticeable in the pictures.

One might think this model was a failure, having only been available for one year. On the contrary, though, it was rather popular, and there was high demand in subsequent years when it was no longer available. In response, Honda sent dealers a CL160 conversion kit for the CB160, which included the high exhaust but no the high fenders or skid plate. The 1966 model is the only genuine CL160, though. At the time of writing, the current bid on this bike was $2,200. That's a great deal for a rare, one-year-only antique.

The New Bikes We Know Are Coming In January 2021
2021 Aprilia RSV4 And Tuono V4 Have Clearly Been Working Out
The Husqvarna Norden 901 Finally Coming In 2022?
Watch Uncle George Whip An Izh Planeta Around In The Snow
Norway Plans To Stop All New Combustion Vehicle Sales By 2025
Commenting Guidelines
Sign In or Sign Up
© 2021 Motorsport Network.
++