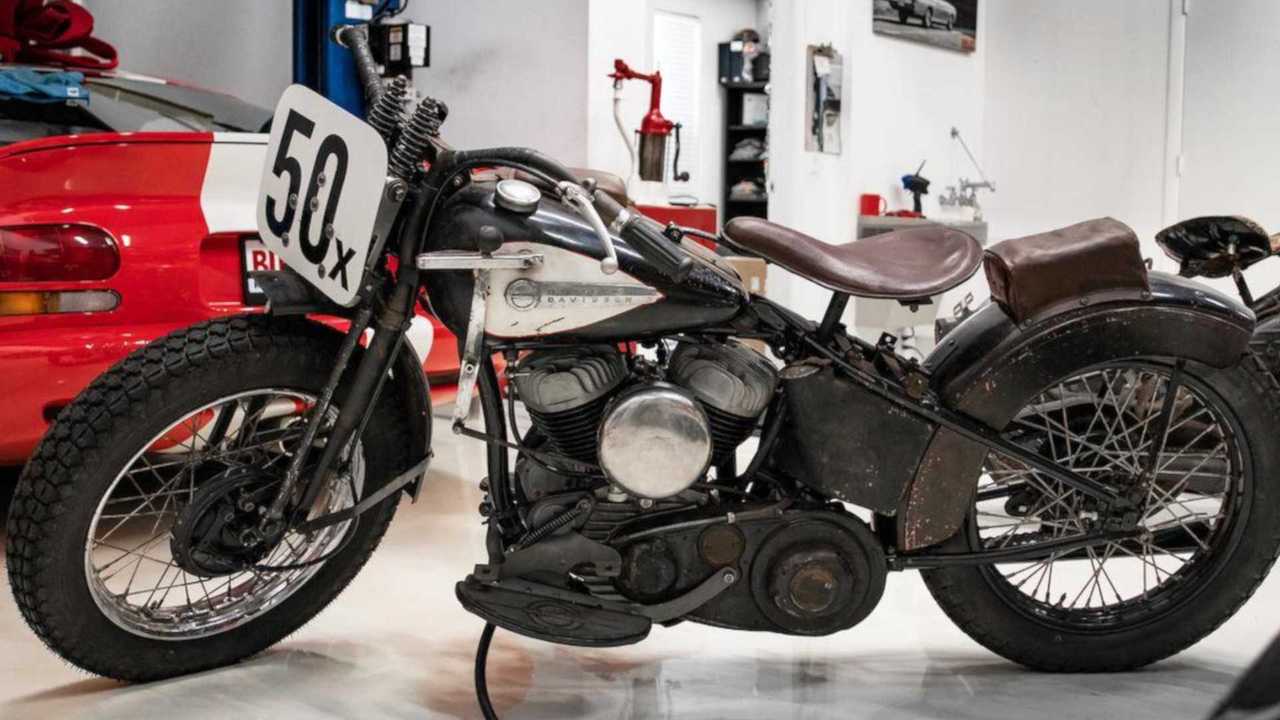 A piece of racing history is ready to ride.

For more than half of the 20th century, the name Harley-Davidson was synonymous with racing. From the board track to the dirt track, the early decades of motorcycling regularly featured stories of racers battling their way to victory aboard their fine, Milwaukee-bred iron steeds.

After all, that’s where the Motor Company’s greatest and most enduring rivalry mainly lived: constant speed battles with Indian. That is, of course, until Indian’s demise in 1953. In the 1960s, the likes of Matchless, BSA, and Triumph came along to demonstrate British might in the AMA Grand National Championship. Later on, in 1973, Kenny Roberts first brought Yamaha worldwide acclaim as he tested the XS 650’s mettle against the dominant wall of Harley-Davidsons.

As flat-track racing declined in popularity, and supercross, road, and circuit racing gained massive followings, it became easy to forget this history. To this day, Harley-Davidson is still the most winning make in the history of the Grand National Championships. Although other makes made appearances throughout the list of champions, the proud Milwaukeeans stayed top of the rankings in the series through 2015.

All that is to say that way back in the 1950s, bikes like this 1950 WR Harley-Davidson racer were what you wanted if your goal was to, I don’t know, win races at Daytona Beach. This bike was built purely as a racer, and not intended for road use. It’s definitely not the bike for you if you’re looking for a simple commuter, but the engine and transmission had a full restoration that only has five miles on it, according to the selling dealer. It’s up for sale on Hemmings right now, with an asking price of US $47,000 or best offer. It ships anywhere in the world, so if you want to own this unique piece of H-D racing history, don’t let geography stand in your way.

The New Bikes We Know Are Coming In January 2021
2021 Aprilia RSV4 And Tuono V4 Have Clearly Been Working Out
The Husqvarna Norden 901 Finally Coming In 2022?
Watch Uncle George Whip An Izh Planeta Around In The Snow
Norway Plans To Stop All New Combustion Vehicle Sales By 2025
Commenting Guidelines
Sign In or Sign Up
© 2021 Motorsport Network.
++