Time to dump out your piggy bank. On Saturday, October 6th, a 1949 Vincent Black Lightning will go up on the block at the Barber Motorsports Museum in Birmingham, Alabama.

You'll want to check out 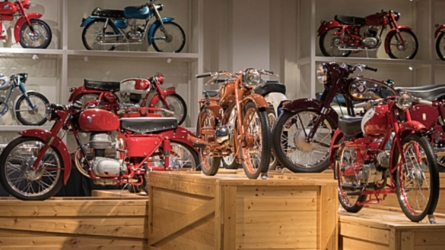 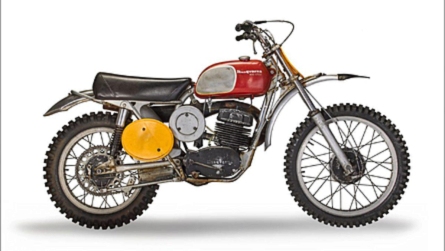 Not sure how much to set aside for the buy? You could base your estimate off of the precedent-setting sale that happened earlier this year in Vegas. For a mere $840,000 USD, an Australian buyer purchased the 1951 Vincent Black Lightning—with documented provenance that includes an Australian National Speed Record of 141 miles per hour—at the January 25th Bonhams auction, a cost almost 300% higher than the opening bid of $300,000 USD.

Apparently, all those stock and bond traders are barking up the wrong money tree. According to British motorcycle insurer GoCompare the real money is where the bikes are. Here you can get an idea of current prices and estimated appreciation values that indicate whether your garage lurker might actually be your real nest egg. You don’t even have to reach back a half century. A 1990 Honda VFR750R Type RC30 has an estimated appreciation value 568.80%, no mods required. An Ex-Carl Fogarty, Number '002', 1998 Ducati 916SPS 'Fogarty Replica'? From $24,000 USD to $36,000. Not quite a retirement plan, but a decent return on investment. (Tip: Maybe go for the real thing.) Now, how about this 1949 Vincent?

“Before Triumph or Ducati or Honda's CB750, if you wanted the fastest bike on the planet, there was only one manufacturer to go to — UK-based Vincent,” writes Uncrate. “33 Black Lightning’s were built between 1948 and 1952, and only 19 all-original examples are believed to exist.” This 1949 Black Lightning is the 2nd to have come off the assembly line and boasts 70hp with a 998 cc v-twin, a powerful machine not originally meant for street use. Additionally, it comes with a fully-documented history that dates back to its birth.

The bike is currently listed at $400,000, but there’s no telling how many private homes it’ll be worth after 20 minutes of high-stakes bidding. Bring your smelling salts, and your wallet.