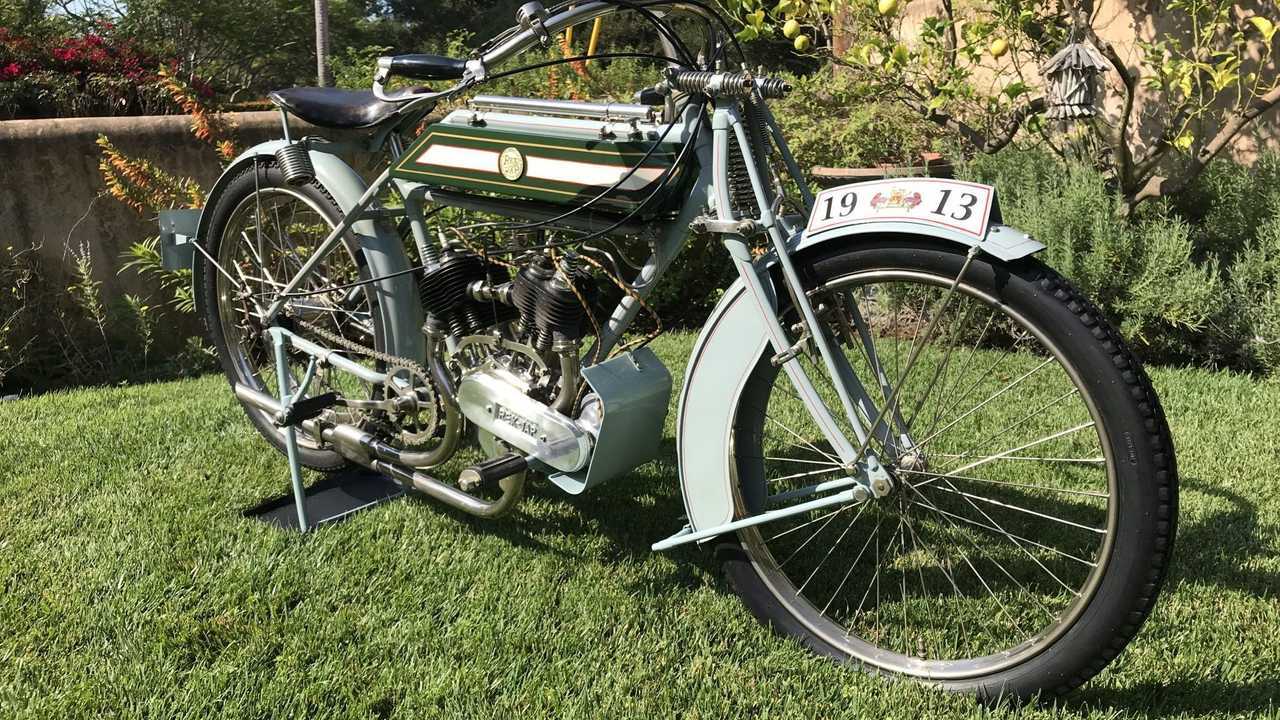 If you’re looking for an interesting and lovely pre-war British motorcycle, this 1913 Rex-JAP may just fit the bill. Some details have been lost to the unforgiving winds of time, but it’s believed to have been modified as a racer back in the day. Right now, in the last quarter of 2020, it’s up for auction and looking for a new home.

Although it’s 107 years old, you can see that it’s been well cared-for over the past century. The fuel tank and rear stand were refinished sometime between 2012 and now by the current seller, who is including paintwork receipts and a California bill of sale with purchase. Paint is two-tone green with red and gold accents, and it wears nickel-plated wire-spoke wheels with mixed period-look tires that have cracked sidewalls. This very bike made an appearance at the Quail Motorcycle Gathering in 2015.

The J.A. Prestwich name may be familiar to fans of pre-war British motorcycles, but the compound Rex-JAP may not be as well known. These bikes were produced for only a short window of time between 1912 and 1916, by the Rex firm based in Coventry. They built frames and exclusively used JAP single and V-twin engines, which resulted in this nomenclature. The earliest ones were belt-driven, but by 1914, were entirely chain-driven. There was some talk about a future shaft-driven model in the works, but Rex did not come out as a going concern on the other side of WWI.

This particular bike is powered by a 680cc sidevalve JAP V-twin, which is mated to a three-speed rear hub. It features a hand-operated oil pump, a rear brake, bicycle-type pedals to start it rolling, and a sprung solo saddle. Probable racing modifications include a Brampton bi-flex fork and boardtracker-style drop handlebars. It has a front rim brake operated by the right-hand lever, and a rear brake operated by the right foot pedal.

The seller notes that they have not started this bike since acquiring it in 2012, so the winning bidder will want to do some safety checks before riding it. It’s located in Santa Barbara, California, and the auction ends on Wednesday, October 28, 2020 at 12:45pm Pacific. Bidding is up to $9,200 at the time of writing.