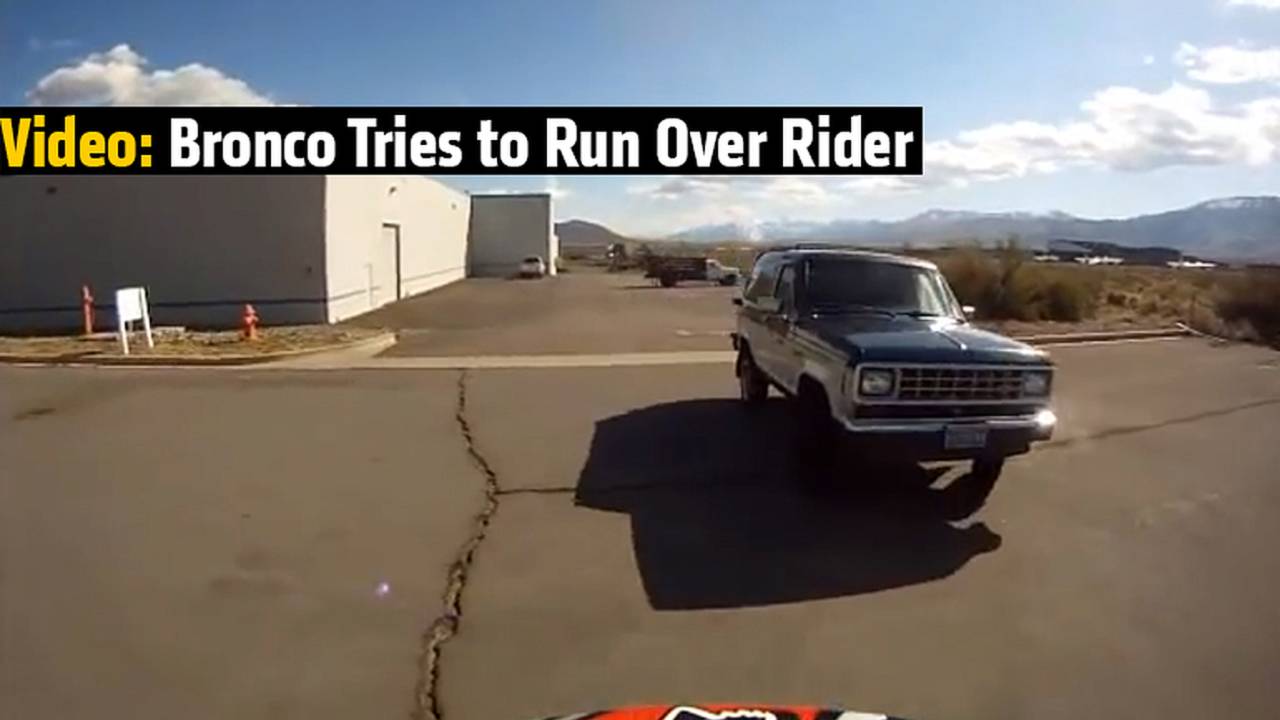 A video of an angry Bronco driver trying to run over a biker had supposedly been riding on his property.

If you've ever ridden on dirt, than chances are you've probably ridden on someone else's property, knowingly or not. Sneaking into an open field or abandoned housing development and pissing off the resident old guys is a rite of passage for many. (Not that we condone such behavior.)

If you DO decide to venture into unknown territory, be wary of pissing off the wrong old guy. This particular old guy decided that the best solution was to get in his Ford Bronco and try to run off the offending dirt bike rider. According to the original video description on LiveLeak, the rider had ridden through someone's property. The owner complained, so the rider explained that he was just passing through. The owner didn't like, so he got in his truck and chased the rider around an industrial park for about a minute.

No matter who is right or wrong, Road Rage is never worth it; getting mad about someone riding on your property can end in someone losing his/her life. But if you were the rider, what would you have done? Ran around while he chased you or tried to stop and call the police?