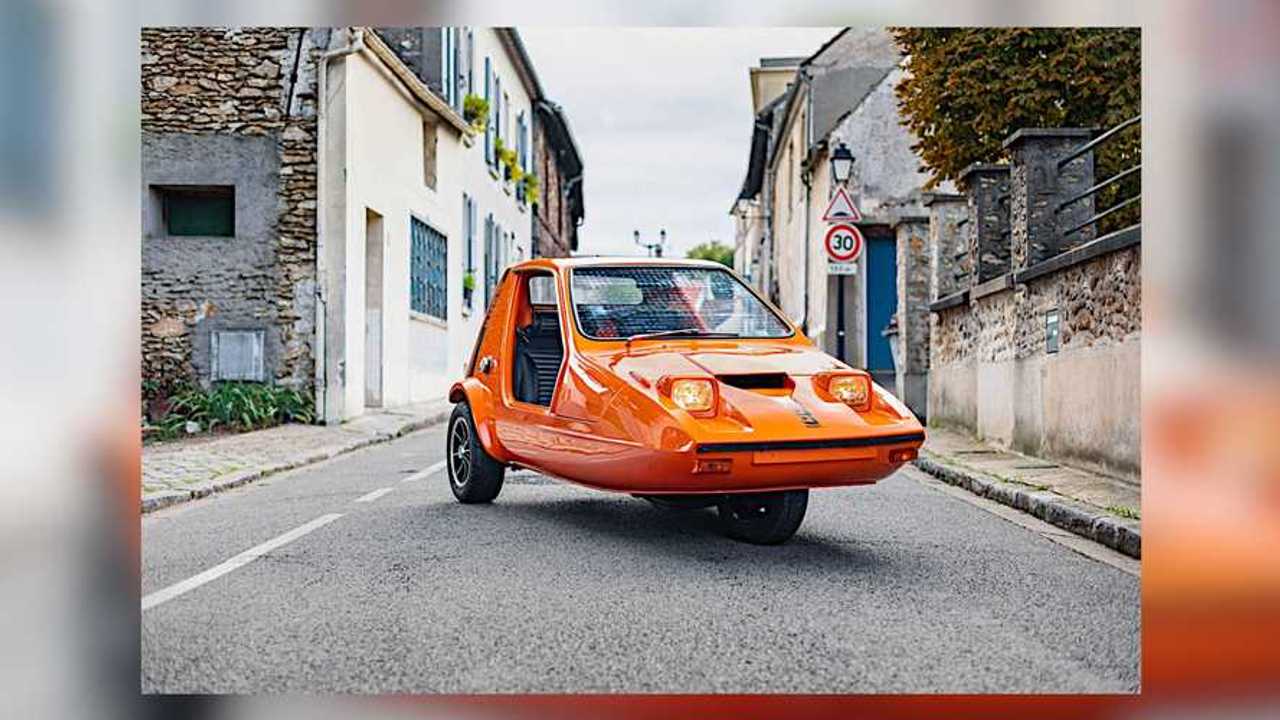 What goes through your mind as you look at this custom 1973 Bond Bug? Most likely, a few things. Since we’re posting about it here, clearly some type of bike engine is nestled neatly inside. Maybe you think of Simone Giertz’s Cheese Louise build, which is totally fair.

If you automatically picture a Reliant Robin, you’re also not alone. Even though it isn’t readily apparent from the name, Reliant did, in fact, make both cars. Unsurprisingly, the two bear more than a slight family resemblance. Parts from both the Robin and the Reliant Regal went into making the original Bond Bugs, which came after those other two models. (Maybe I’m anthropomorphizing again, but who says machines don’t have genes?)

That, of course, was before the person currently auctioning this example got their hands on it. To make this bright orange door wedge really fly, they stuck a Yamaha R1 engine inside—along with its accompanying six-speed gearbox. Out went the original 28 bhp-producing, 700cc unit—and in came this 1000cc, 150-bhp-producing beast. Utter madness. Someone has a video clearly shot with a potatocam up on YouTube, if you want a terrible impression of what it’s like to drive.

Taking a closer look, this particular 1973 Bond Bug is almost a bit of a sleeper, until you look at that engine. Sure, it’s been restored, but it still proudly proclaims that it’s a 700ES if you go by graphics alone. Viewing it from the rear, you can see the suspension has been upgraded—surely a good thing, since a) you’d want to manage all that power, and b) a whole lot of time has passed since 1973.

If it were up to me, I’d want to upgrade my brakes, too, but this isn’t my build, so they aren’t my rules. Look how neatly the R1 dash blends into the interior! It also has heat, which—let's be honest—your actual R1 probably doesn’t.

If you think this build is bonkers, apparently there’s an entire bike-engined Bond Bug building community out there. Do you want to see an absolute drag monster of a Bond Bug? If so, you’re clearly looking for this Hayabusa-engined beast that does 11.22 in the quarter-mile. However, it’s also a completely different build philosophy from this R1-powered Bug, since it proudly proclaims its bonkersness from the mountaintops. This R1 Bug, on the other hand, is almost subtle by comparison. Well, as subtle as any bright, safety orange, three-wheeled cheese wedge can be.

This All Original Honda CX500 Turbo Is Up For Grabs
++