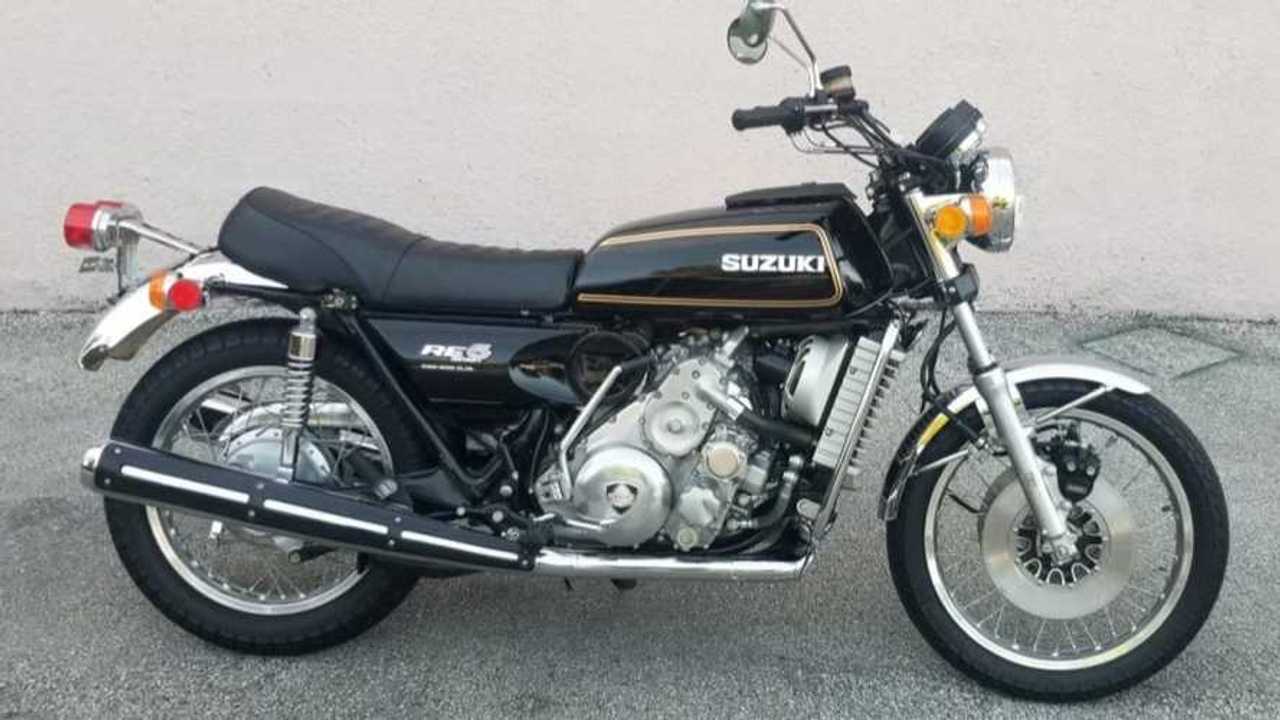 To the uninitiated, this 1976 Suzuki RE5 probably looks like any other Japanese motorcycle from that era. However, to classic bike enthusiasts who are familiar with the good old RE5 are aware that it had a rather strange heart. Unlike its other more conventional counterparts, the RE5 was powered by a 497cc Wankel rotary engine. Equipped with liquid cooling, this bike buzzed up a respectable 62 horsepower and 55 ft-lbs of torque, making it quite the snappy machine.

One thing that makes this particular RE5 even more special is the fact that it has literally less than two miles on the odometer. I reckon you could count the number of times this bike was fired up with one hand, not to mention ever ridden at all. As such, it goes without saying that the bike has remained in immaculate condition as a result of being a very large, albeit beautiful paperweight for the better part of 45 years.

That being said, the bike is finished in black with gold pinstripes and chrome fenders. It also features all-original components such as CDI ignition, a factory oil cooler, a stock seat and both electric and kick starters. It comes equipped with dual front disc brakes and a conventional drum brake outback. The original fuel tank is finished in black and adorned with gold pinstripes. The seller notes that there is however, a dent on the tank just in front of the seat.

The bike also comes with all original chrome components in superb condition consisting of the fenders, headlight housing, chain guard and dual exhaust system which exits on either side. The stock gauge cluster includes a 120-mph speedometer, a tachometer with a 7k-rpm redline, a temperature gauge, and most astonishingly, an odometer that displays a mileage of less than 2 miles. This bike has been listed for auction on Bring A Trailer, with the current bid standing at an impressive $8,000 USD. Bidding ends in a week's time, so let's wait and see how much this bike can fetch.