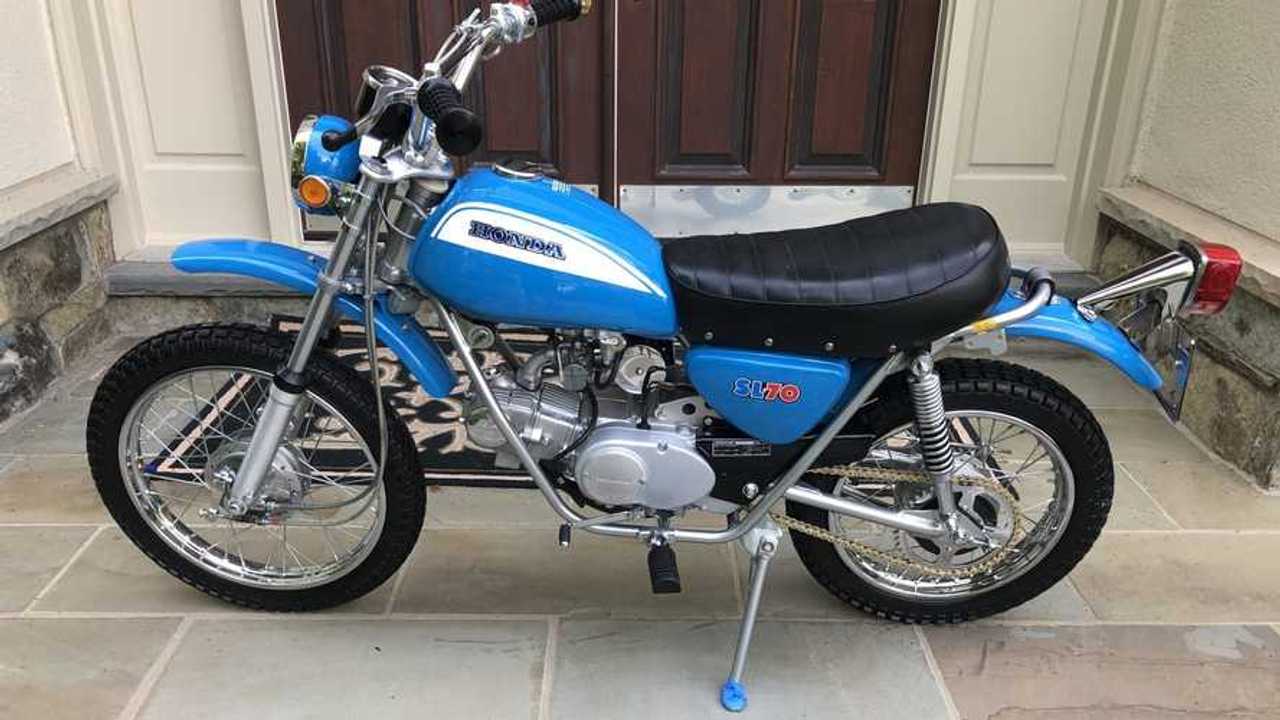 It was a good bike, but overweight and underpowered compared to its competition.

When it comes to Honda's classic trail bikes, most people think of the CT70, and for good reason. I've briefly ridden a CT70 myself, and it was good clean fun. Less fondly remembered, if remembered at all, is the SL70, with a more traditional motorcycle design. An excellent example of one is currently for sale on Bring a Trailer.

Honda was late to the mini-bike game of the late 1960s and wanted a piece of the pie that Yamaha had created with the JT1. Unlike the JT1, the SL70 was a street-legal dual-sport. Few ever saw regular street use, though, given its small size, a top speed of just 32 mph, and strong off-road orientation. Despite having the same 70cc engine displacement as the CT70, it used a different engine, with a four-speed transmission instead of the CT70's three-speed. It was also a four-stroke engine, unusual at a time when two-strokes were still common, legal, and more powerful.

That was the problem with the SL70. Honda took their typical successful approach of overengineering the bike and making it the best, in their eyes, it could possibly be. When it comes to motorcycles this small, the extra weight has a huge effect, and it did not perform as well as its competition. The engine also required more maintenance than the simple two-strokes in other trail bikes. Of course, the overbuilt engine could benefit greatly from aftermarket modifications that could turn it into a real beast, but the typical customer buying this for their kids to rip around on wasn't interested in that.

Details about this particular example are rather sparse. It is in excellent condition, fully restored sometime during the seller's nine years of ownership. Its true mileage is unknown, as the current speedometer shows nothing but zeros. It comes with extensive documentation, service history, and even a marketing tag used when the bike was sold in showrooms. Although the SL70 was designed to be street-legal, this one is being sold strictly for off-road use. There are ways to put it back on the road, though, if that is your desire.