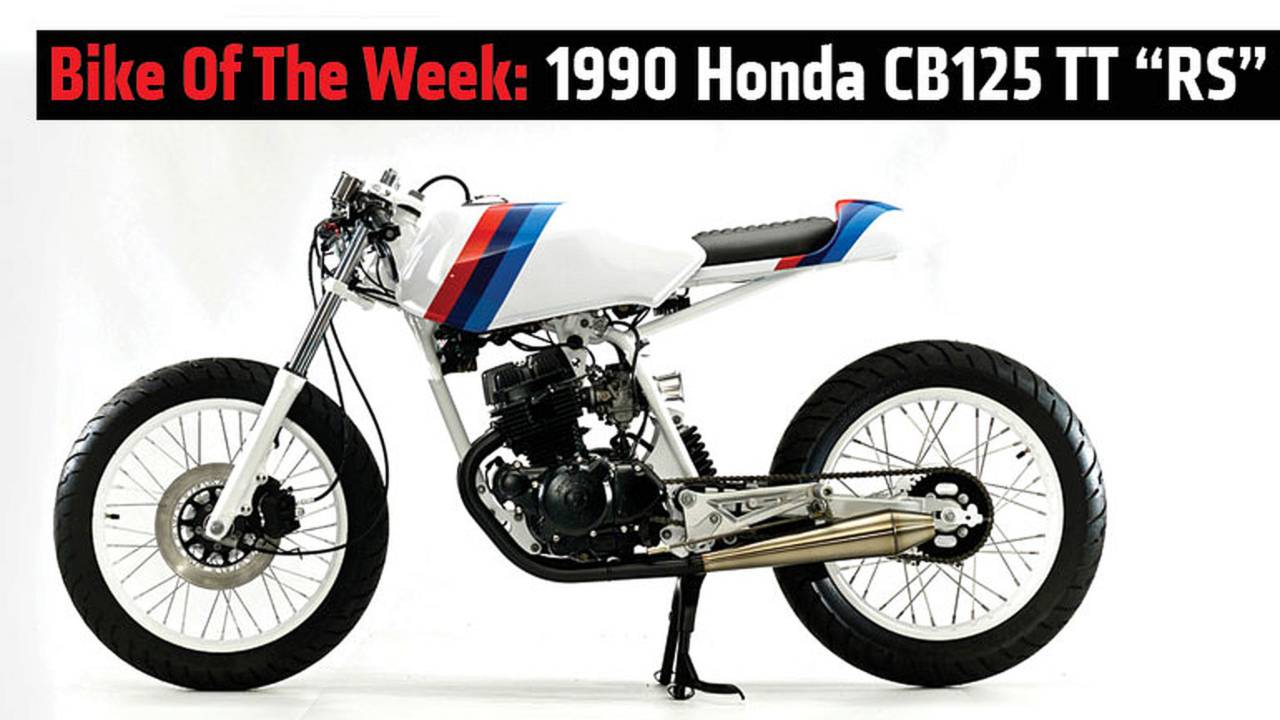 The Brat custom movement originated in Japan (thanks to Brat Style) and has made an impact on custom bikes here in the U.S. for some time now. The team over at Steel Bent Customs in Oldsmar, Florida diced up this 1990 Honda CB125 TT into a clean and lust worthy Brat.

Funny enough, this bike was found on the back of an RV traveling down the interstate in Florida. The team at SBC were intrigued by the unique twin-cylinder and mono-shock setup (something not normally found on a 125cc) that they had to get their hands on it.

Thankfully their decision to turn the bike into a Brat Style bike was the best one they could have made. Showcasing the two feature they loved most about the bike the best. The white and Bimmer "M"livery inspired stripes make viewers believe the bike is truly from a bespoke european shop opposed to the true Japanese motor it originated as.

While the bike certainly captured our attention it does come with a bit of a personal side we simply had to share. When the SBC crew decided to take on the rare bike as their project for the Scropio Show in St. Petersberg, FL they did so with notes from a dear friend they lost earlier this summer.

Ryan Shaw, the founder behind Hangar Cycle Works, was hanging out with the SBC crew talking about what would be their cornerstone build for the year and decided a small displacement, bare-bones, brat style bike was the way to go. So when SBC decided to go all-in on the rare RV Honda score, they immediately dedicated the bike to Ryan. Making this the SBC Honda 125 TT "RS".

Visit our friends at The Bike Shed for even more bike details and the full story on this killer Brat!