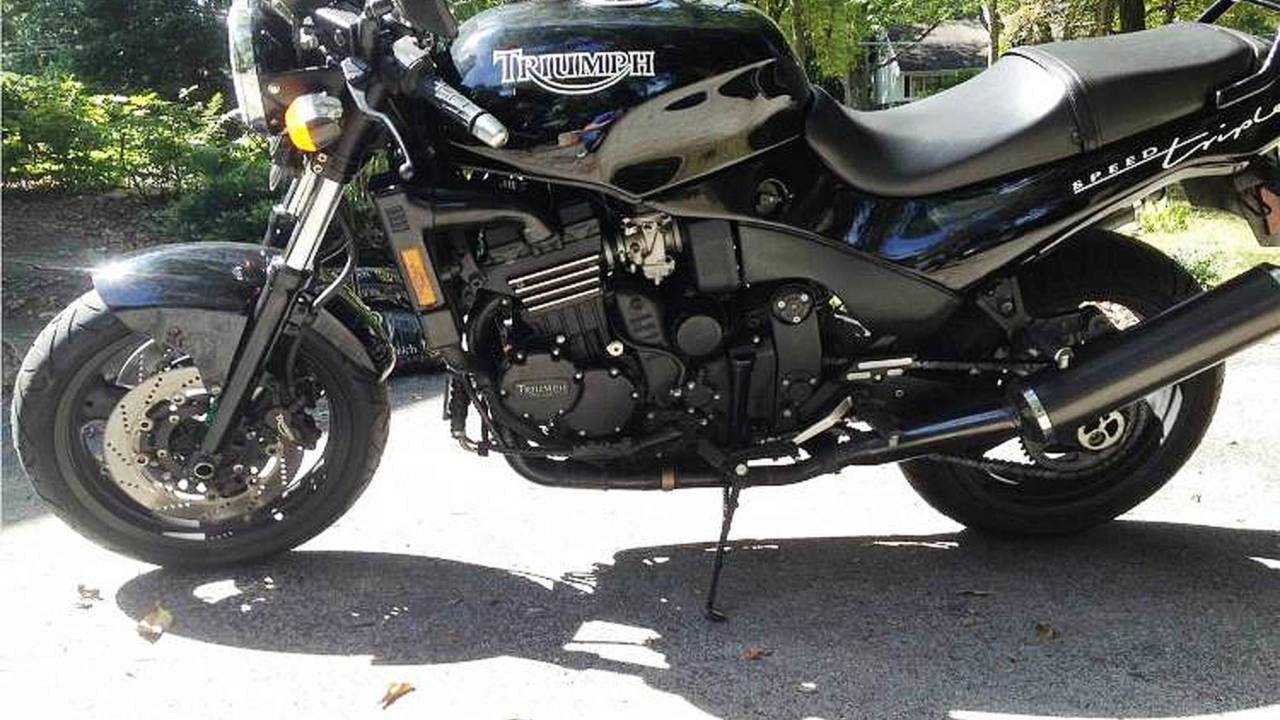 A few weeks ago I posted the BMW Boxer Replika bike, a rare sport focused bike from Europe, and this week we have another rare European, but more of an all-rounder with a hooligan streak in it. This week I bring you the first generation of the Hinckley Triumph Speed Triple.

There is perhaps no bike in the portfolio that John Bloor introduced with the reborn British brand that was a bigger hit than this. These bikes featured plenty of power from a 900cc triple, full modern chassis, brakes and suspension, and an upright seating position that was all day comfy. In an American market stuffed with focused sport bikes on one end and Harley clone V-twin cruisers on the other, the Speed Triple was the bike a lot of people were looking for.

One of the best things the Speed Triple has going for it is that it looks like a retro motorcycle without trying to be retro. The wheels, motor, seat, gas tank, and headlight are all where you expect them to be, which is increasingly rare. Even naked bikes in the 21st century urge the rider's need to hang random plastic body work on them; look at the current Speed triple. Even as one of the most popular Triumphs of the time though, you just rarely ever see these bikes around.

This particular one does have some scratches and dings, and the $3,000 asking price is probably about $1,000 too high (compared to recently sold examples on eBay), but in its favor it does only have 20k miles on it. Here is what the seller has to say about it:

I am selling my Triumph Speed Triple. I have too many bikes and not enough time to ride them all. I am asking $3,000.

This is the first generation of the Speed Triple and helped re-launch the Triumph brand. There's tons of information about these bikes on the Internet, and it's still easy to get parts and service for this bike...

This Speed Triple is great for riding but definitely isn't a show bike. It's reliable, but has a couple of bumps and scrapes. I can detail everything the bike needs to be perfect once you contact me...

The 20,000 mile service was completed April 14, including new front and rear tires. The motorcycle has passed PA inspection. The bike needs nothing and is maintained as if I am keeping the bike...

The bike is located in Malvern, PA and you can find the ad, and read more about is in the RideApart marketplace on Panjo here.