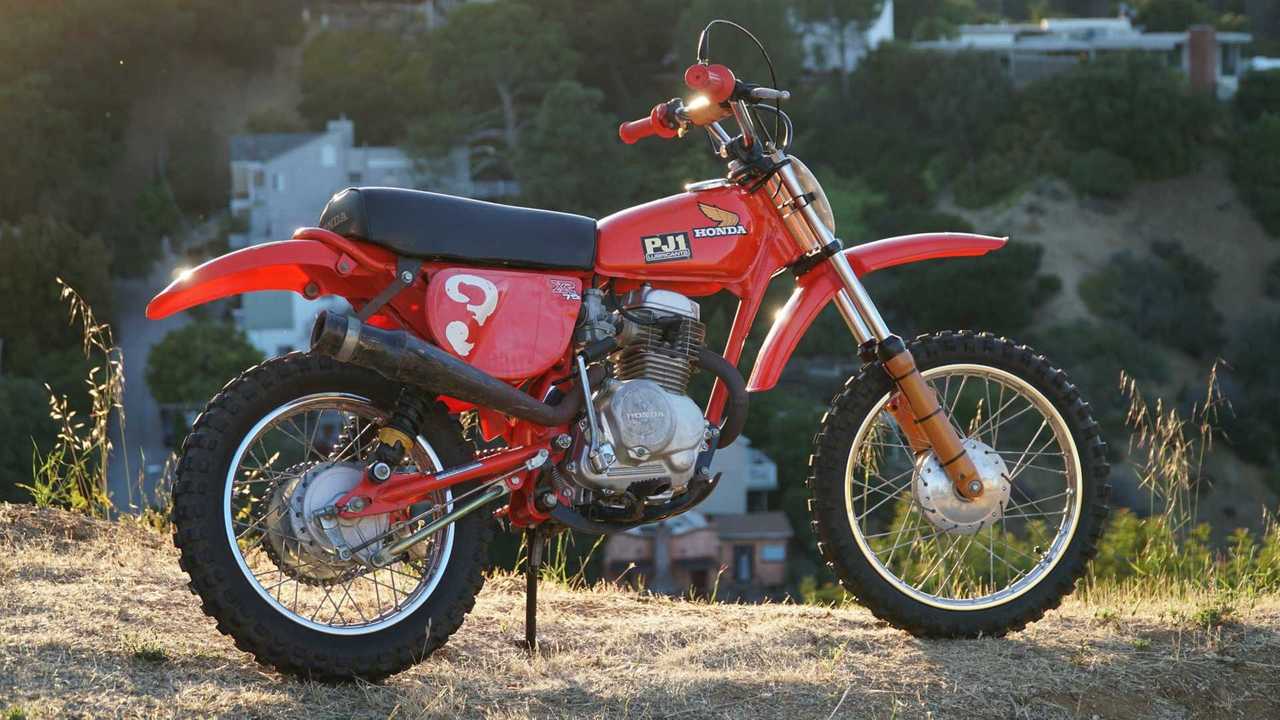 You meet the nicest people in the dirt on a Honda.

Bikes that seem like they’ve been loved are my favorites—and while this 1977 Honda XR 75 on Bring A Trailer certainly shows wear, it’s exactly the kind you’d expect. The kind you’d hope for, even. According to BAT, it has only had two owners since new—the first of whom stored it in a San Fernando Valley garage for most of its life after their daughter didn’t embark on the motocross adventures her parents had planned.

It’s not perfect, and that adds to its charm. Who wants 'perfect' on a motocross bike, anyway? Little things like a bent brake lever and the little ball tip broken off on the clutch lever are like moto love bites. Besides, this bike was built to be a child’s first-ride dream back in the day, and to survive any and every indignity a new rider could throw at it. Honestly, if I was buying a bike like this, I’d find these kind of characteristics reassuring.

Most of the maintenance stuff you’d want on a bike of this age looks to have been done by the seller very recently—after all, they only bought the thing in early 2019. The carb has been cleaned, the chain and cable have been lubed, and both the engine and fork oil have been replaced. It also has new fork seals. Honda’s famous Tahitian Red paint is on full display, as well as a DG Tiger exhaust, Oakley grips, and a replacement for the original seat cover.

When Honda introduced the XR75 in 1973, it set the tone for what Honda could do going off-road. Unfortunately, by the time 1977 rolled around, Suzuki’s RM80 and Yamaha’s YZ80 provided stiff competition in the segment and made the XR75 seem a bit long in the tooth. Still, Honda’s US evolution arguably might not have gone the way that it did without this very important entry in its timeline.

If this bike is calling your name, it’s available right now on BAT with no reserve. The current bid is $1,000 USD, and the auction ends in six days. Even if you don’t want to bring it home, you should still check out that auction for more info and a ton more photos (seriously, there are well over 50) than what we’ve posted here.