Here's Your Chance To Own A '70s Swiss Police Honda CB500 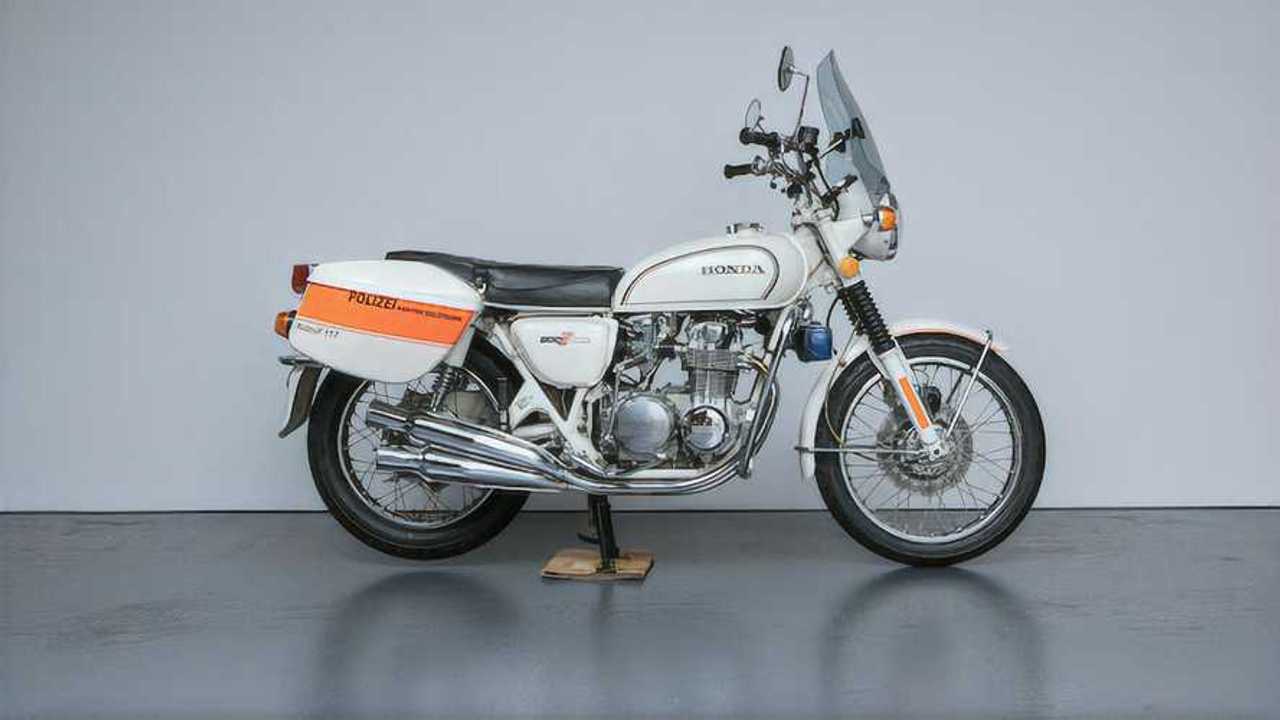 It's orange and white, but definitely not Austrian.

Have you ever wanted to own an ex-Swiss police bike? If so, you’ll want to ready yourself for Bonham’s upcoming Bonmont Sale, which will take place on September 20, 2020, in Cheserex, Switzerland. There, you’ll find a sale that mostly features modern and classic collector cars—making this 1977 Honda CB500 police bike stand out even more.

Its luscious orange and white paint renders it a veritable creamsicle of a law enforcement bike, formerly of the canton (or state, essentially) of Fribourg, Switzerland. It was first registered on April 1, 1977, but it was and is definitely no joke. After serving for some time in Fribourg, it moved on to the canton of Solothurn, and it’s unclear exactly when it was decommissioned and found its way into the hands of collectors.

Nevertheless, everything is in excellent working order on this bike, according to Bonhams. It comes with a Swiss Carte Grise card establishing it as a Veteran machine, so it’s ready for road use if you plan to ride it in Switzerland. You should, however, definitely avoid speeding on your new purchase if you win—not just because you don’t want Swiss police pulling you over on your new police bike, but also because Swiss speeding penalties are prohibitively high.

The CB500 made a claimed 50 bhp when new, with an advertised top speed capability of 110 mph. Some motorcycle magazines of the era even said that it handled better through curves than the CB750, so don’t let the diminution of displacement fool you. The auction house expects it to fetch between US $11,000 and $17,000, and it’s being offered with no reserve. It’s unclear if those panniers are empty, or if there’s some kind of late-1970s Swiss police equipment inside, such as a first aid kit or radio of some kind. If you buy it, can you let us know?