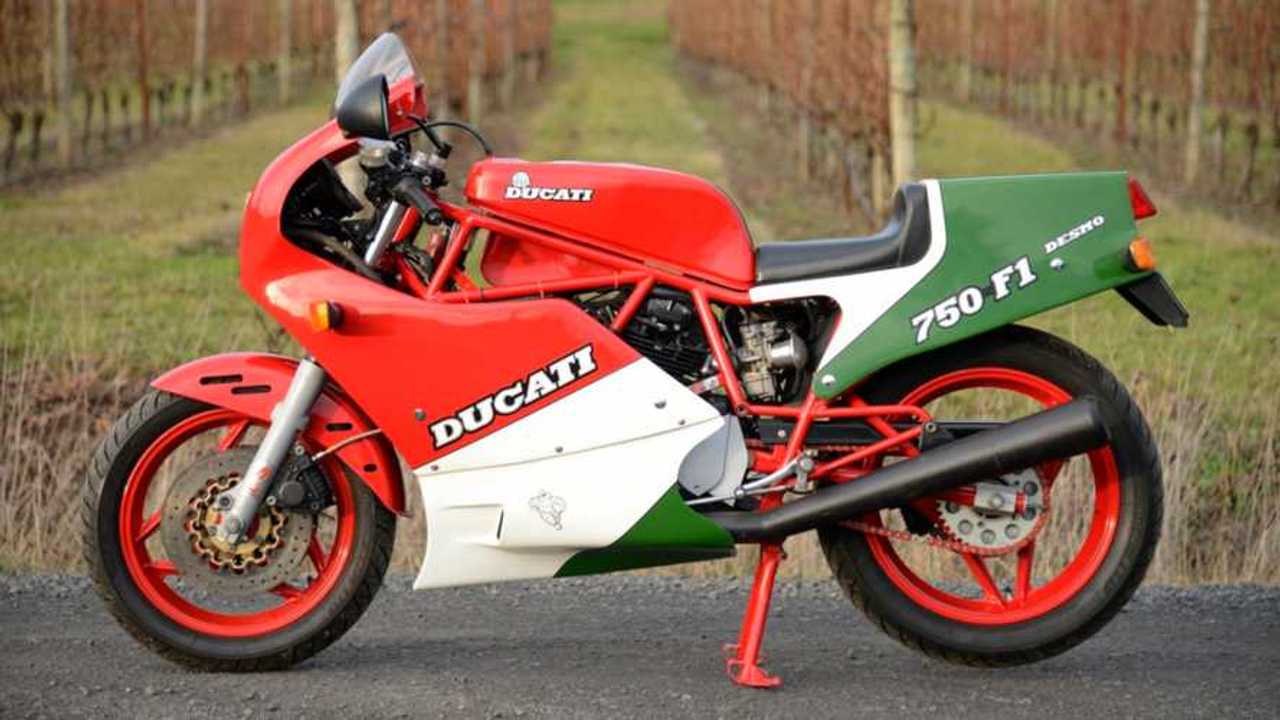 If you’re the kind of person who is keenly interested in what a motorcycle manufacturer was doing just before a major change altered its history, you’ll be into this 1987 Ducati F1 750. It’s being offered on Bring A Trailer right now with no reserve, and ends on January 13, 2020. This model is the last one that Ducati created before Cagiva took over in 1985.

Get Your Holiday Money Ready:

This Beautifully Restored 1937 Triumph Wants To Come Home With You

The Cagiva takeover arguably rescued Ducati from itself, and was ultimately one building block on the road to the worldwide success story that is Ducati today. When you’re living it, though, you have no idea how the tale will unfold.

Although this is a 1987 example, the first production F1 750s rolled out of Borgo Panigale in 1985. It featured a 750cc Fabio Taglioni-designed L-twin with desmodromic valve train. Prototype versions of this bike had competed in endurance races as early as 1983, and racer Virginio Ferrari flogged a Ducati 750 F1 to the 750cc F1 championship of 1985. This specific bike may have rolled out post-Cagiva (hence the Cagiva elephants everywhere), but was the last bike designed pre-Cagiva, and there it stands forever on the precipice of history.

The road-going replica version on auction here is currently located in Washington, having moved there from California in 2010. It hasn’t seen Washington roads in seven years, but the owner did recently replace the battery and has occasionally run the bike over those same seven years. Some small cosmetic things to note include a few hairline cracks around the Dzus fasteners, as well as some plastic-welding near the rear turn signal extensions.

Disc brakes all around, that funky early ‘80s 16-inch front, 18-inch rear wheel sportbike setup, and a whopping 23,500km (or 14,600 miles) are currently on the clock. No notes whatsoever are listed regarding any other regular maintenance, so you may have some questions you need to ask if you’re planning to bid. It’s currently shod with what is listed as “older” Avon Roadracer tires, although it’s unclear just how old. Current bid at the time of writing is $4,000.