This Super Fresh Ducati Desmosedici RR Could Be Yours 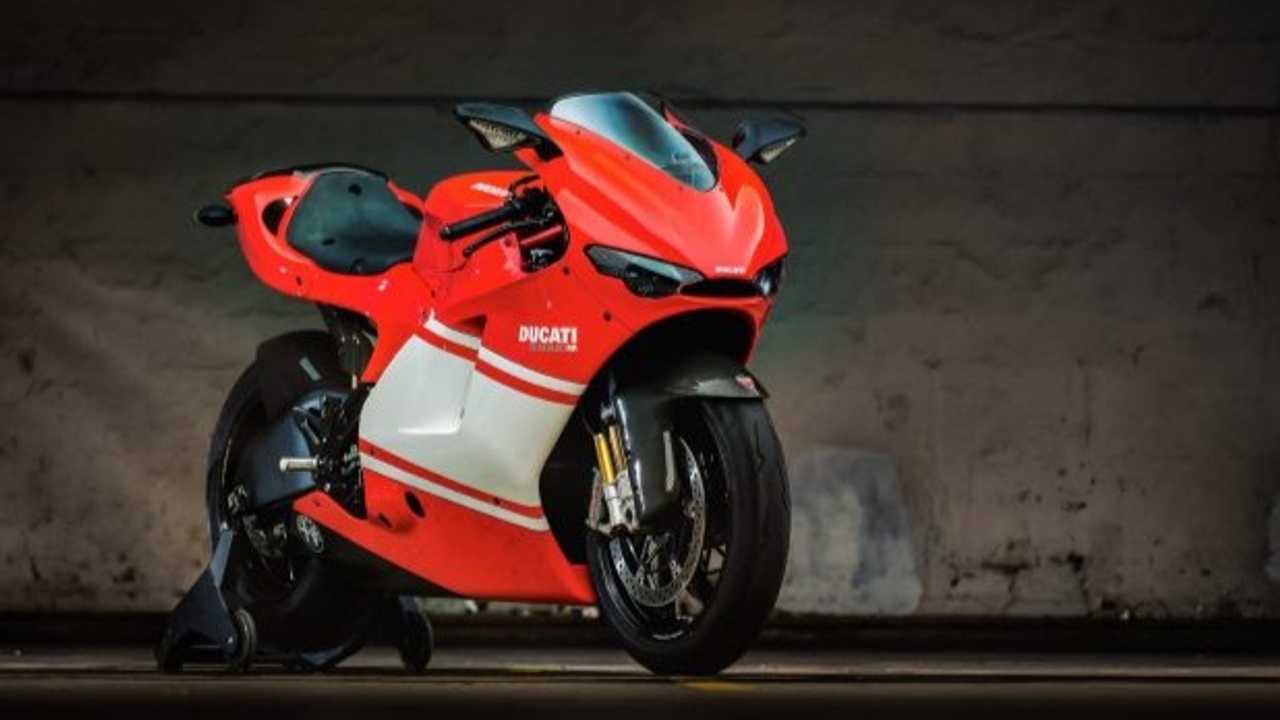 This bike only has 3,000 miles on the odometer.

As a child who was obsessed with motorsports, the Ducati Desmosedici RR was undoubtedly the ultimate dream bike for me. With just 1,500 units ever produced, to say that the bike is rare would be an understatement. Powered by a 989cc V4 engine, the Desmosedici RR paved the way for Ducati's V4-powered bikes of today. Featuring sandcastle crankcase and cylinder heads, titanium valves and connecting rods, and of course, the iconic desmodromic valve system, the Desmosedici RR churned out a whopping 197 horsepower back in 2008.

The Desmosedici RR was basically a road going version of the GP6 MotoGP race bike that legends like Casey Stoner raced on. With a dry weight of just 377 pounds, this bike is lighter than even some of today's most advanced supersports. This particular bike underwent a major service in 2011. This included an engine rebuild which was done under warranty due to low compression in one of the cylinders. Apart from this, all fluids were replaced, as well as other consumables such as the battery among others. With only 3,000 miles on the odometer, the bike is undoubtedly fresh, and looks like it just rolled of the factory floor. It comes with complete service records since 2011, as well as a clean Oregon title.

Other fancy bells and whistles include forged magnesium Marchesini wheels. The standard Öhlins suspension system is equipped with a titanium nitride-coated 43mm inverted fork that features a full suit of adjustability ranging from preload, rebound, and high/low compression. Outback, the standard swingarm with an adjustable PRXB monoshock takes care of suspension duties. As far as stopping is concerned, the Desmosedici RR comes with topnotch brakes. Brembo 330mm discs with dual four-piston calipers, and a single 240mm disc at the rear, stop the superbike in a dime. Suspension and brake fluid were replaced in March, 2018.

The standard instrument cluster presents an array of vital information such as ambient air and engine temperature, apart of course from the expected tachometer and digital speedometer. A factory-equipped Öhlins steering damper ensures that the front end remains composed, even as the massive torque output causes the front to lift even on fourth gear. This particular machine is tased as number 780 out of a total production number of 1,500 bikes.

The current bid for this bike stands at $31,500 USD, and bidding ends in three days. If you're willing to pony up the cash and beat the current bid, then you're definitely in for a legendary modern classic that has gone on to define a new generation of Ducati supersports.

More For Your Collection