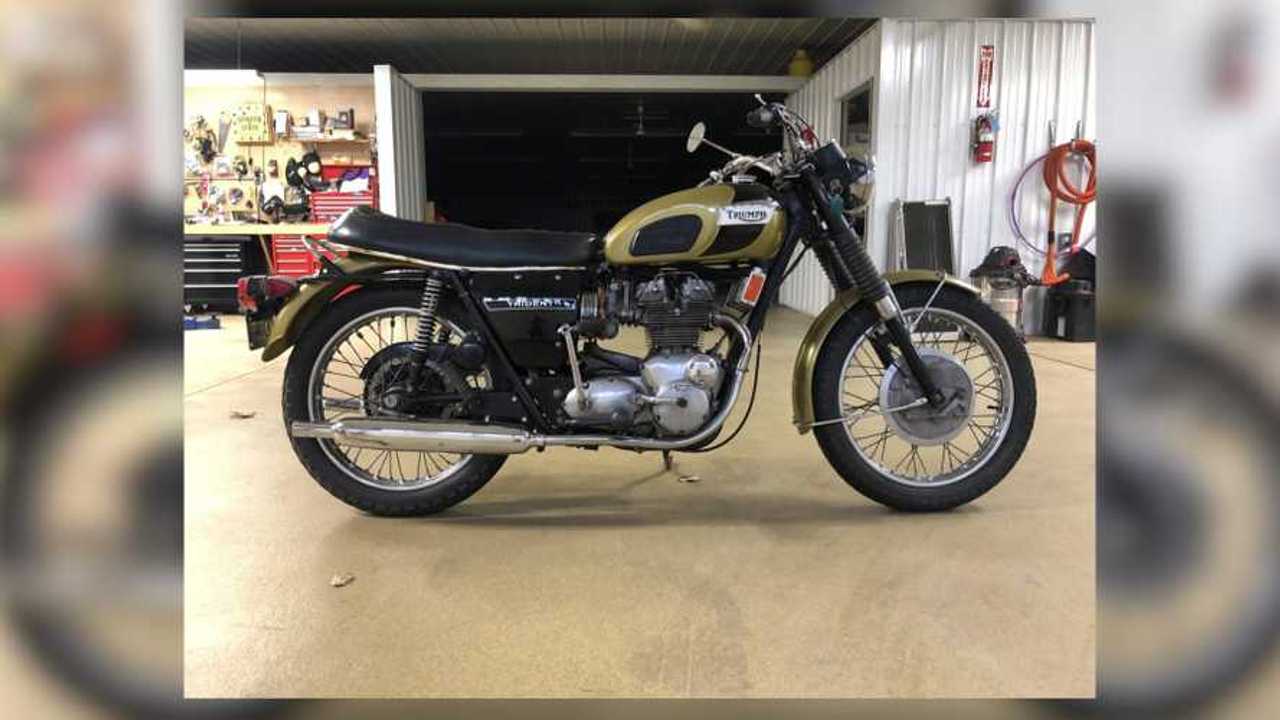 This isn't the most popular of Triumph's classics, but that's what makes it cool.

The Triumph Trident can be considered Triumph's failed attempt at combating the now-legendary Honda CB750. Just recently inducted into the motorcycle hall of fame, Honda was churning out a whopping 50,000 CB750s per year back in the late sixties and early seventies. Featuring an in-line four engine, the CB750 was taking the world by storm, providing riders a novel motorcycling experience. Triumph, on the other hand, also had its own multi-cylinder standard motorcycle. Apart from the Bonneville (which could be bought nearly half as much), the Trident was also in production. Featuring a similar body style to the Bonneville, the Trident was a little boxier, and slightly disproportionate to its more popular sibling. It also cost nearly twice as much as the Bonneville. As such, it comes as no surprise that this bike wasn't all too successful.

To many, its overly square tank and boxy side fairings didn't come across as appealing. Oh, and don't get me started with the stock mufflers. One thing, however, that the Trident had going for itself was its three cylinder engine. Rated at 58 horsepower during the time, it was considered by some as Britain's superbike.

For its launch in 1969, the Triumph Trident T150 came with a 741cc inline-three cylinder engine. Fueling was provided by way of three Amal carburetors. Relying on internal and external air temperature differential for cooling (that's a fancy way of saying the engine is air cooled), the triple churned out 58 horsepower at 7,250 rpm, thereby providing the Trident with a top speed of 124 miles per hour. This was pretty decent for the time, as well as given the fact that the bike only had a four-speed transmission.

The particular Triumph Trident in question here is the embodiment of everything discussed above: an unadulterated example from 1969. This bike is unrestored, and luckily, comes with a factory "beauty kit." It appears that even Triumph new that the Trident was the uglier sibling in its lineup. Said beauty kit features a tear drop shaped fuel tank (gone is the boxy, angular unit). It also comes with a pair of slim mufflers, a welcome replacement to the stock "ray gun" mufflers.

With just over 17,000 miles on the clock, the bike is in good shape for a fifty year old. Wearing its factory gold and black sheen, the bike does however, show some signs of age. The leather seat is slightly worn, with the Triumph logo noticeably faded. It features a 150 mile per hour speedometer with a 10,000 rpm tachometer and amperage meter. The bike has a clean Wisconsin title. Currently on auction at Bring A Trailer, as of this writing the highest bid stands at $1,334. If this bike interests you, you better go ahead and place a bid for it, since bidding ends in three days. The original ad can be viewed here.