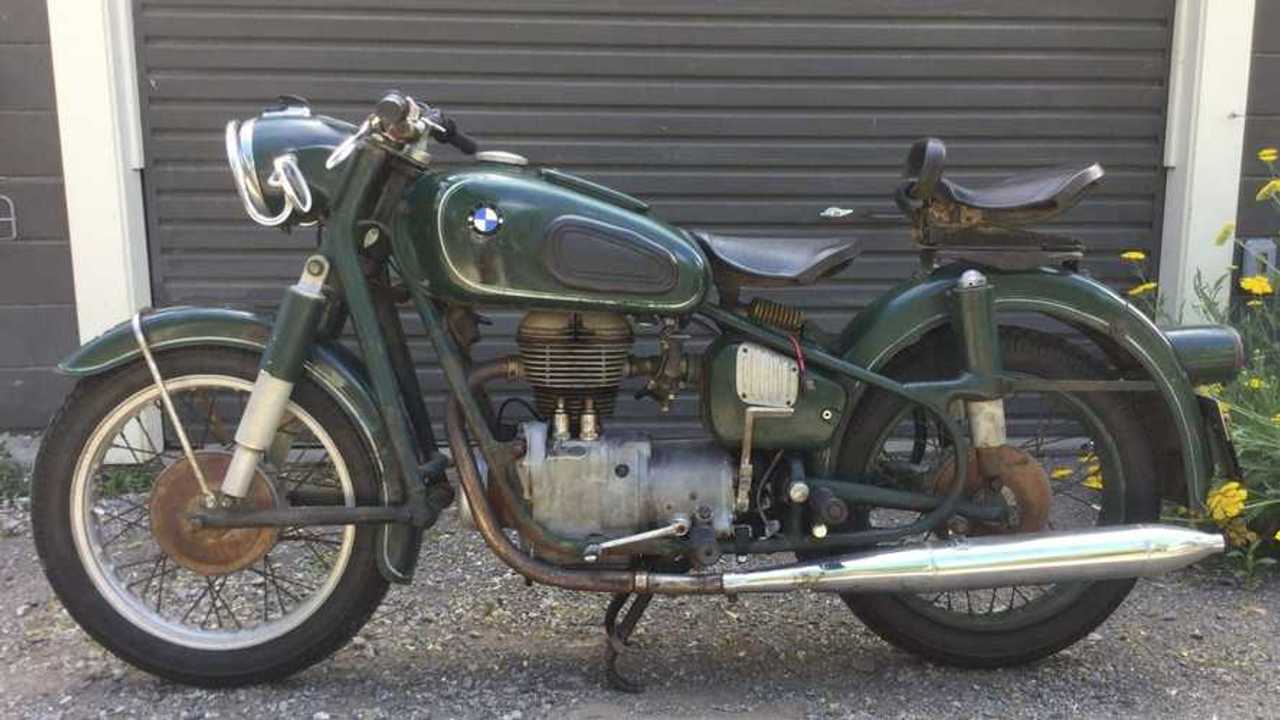 You won’t find this beauty at your local lien sale.

Whenever someone hears “BMW Motorcycles” they typically envision a boxer engine. Whether you’ve rammed your knees into those two outboard cylinders or just seen them cooling in the breeze as a GS rolls by, chances are they’ve cemented themselves in your memory. Despite the association, the Bavarian brand produced a range of motors over the years.

From the twin found in the new F 900 R to the inline-four powering the S 1000 RR to the singles of yesteryear, Beemer is more than the boxer. The company developed one such single-cylinder motorcycle for police departments during the post-war era—the R26. Now, a retired 1959 BMW R26 is up for grabs for a very reasonable price.

With a 247cc thumper producing 15 horsepower and achieving a top speed of 80 mph, the BMW R26 was more than enough for law enforcement of the time. This particular motorcycle was originally delivered to Germany’s Polizei Beschaffungsstelle Düsseldorf before being decommissioned and shipped to California in 1965. Only registered for the road until 1968, the owner garaged the bike until 2018 when a second purchaser bought the non-running R26 as a project.

Luckily, the R26 still had some life left in it and now fires up on the first kick (video below). Of course, the single sends power to the back wheel via drive shaft and BMW’s classic pinstriping accents the Grün (green) paint. Other period hallmarks on the R26 include an Earles fork, plunger shocks, Albert-style mirrors, and dual solo saddles.

Drum brakes provide the stopping power and the speedometer reads from 0 km/h to 140 km/h from right-to-left with the needle still running in the conventional clockwise direction. However, the odometer and horn on the unit are broken so this little Beemer might be more fit for light trips around the yard. The seller has only replaced the rubber on the footpegs, passenger saddle, and tires.

As one can see in the video and pictures, this R26 has its fair share of rust, knicks, and scratches from over the years. On the other hand, some folks enjoy the “character” that a good “patina” offers. With the current bid at $4,600 and only two days left the 1959 BMW R26 auction, those interested should scoot on over to Bring A Trailer as soon as possible. Fetching one of these antique Beemers isn’t easy, especially when it isn’t a boxer.