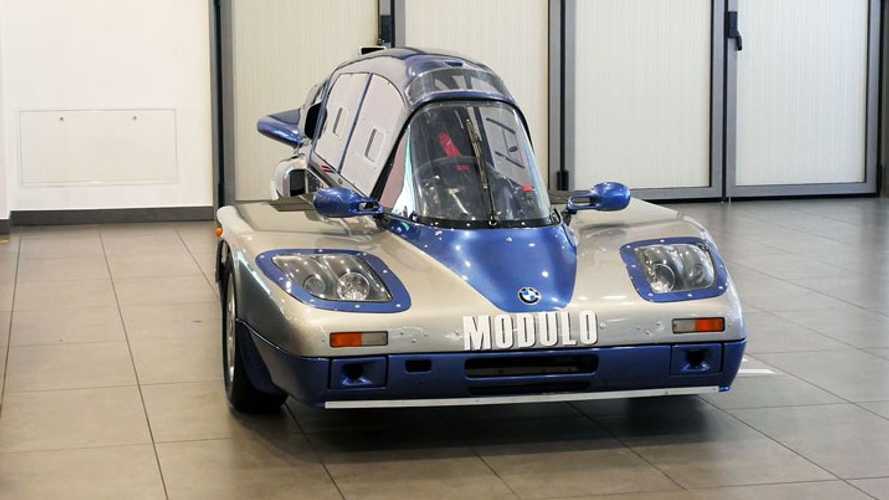 Three-wheeled vehicles are commonly viewed as the third wheel among cars and motorcycles. However, the hybrid designs tend to borrow elements from both to provide more stability than a motorcycle and less weight than a car. Models like the Polaris Slingshot skew more towards cars with steering provided by a wheel while trikes tend to lean in the motorcycle’s direction.

Long before the first Slingshot rolled off the Polaris line, BMW created a three-wheeled oddity using a K75 motor—the Modulo Car M89. Built in 1997, Beemer utilized one of the last engines from its K75 range, which the Bavarian brand produced from 1984 to 1995. A 740cc triple-cylinder mill powers the Modulo so it’s technically considered a motorcycle.

Despite the motorcycle classification, the M89’s front half resembles a sports car. The user also operates the three-wheeled contraption like an automobile with a traditional steering wheel, pedals, and hand shifter. If you didn’t think the BMW was quirky enough, the cockpit resembles a jet fighter configuration with the passenger seated directly behind the pilot.

At the rear, the Modulo is all motorcycle. With dual exhausts exiting at the rear fender and a monoshock bolted to a single-sided swingarm, the hybrid subtly nods at its motorcycle influences. While the aesthetics don’t immediately call a motorbike to mind, the designers carried over the K75 shaft drive and 5-speed gearbox to the M89.

Similar to the K75’s power output, the three-wheeled Beemer pumps out 70 horsepower but weighs more than twice the K75 at 1,036 pounds. Luckily, an example of the limited production Modulo Car M89 is up for sale on the Italian website Auto Vergiate right now. The unit for sale has never been privately owned and only displays 1,000 km (621 miles) on the odometer.

While we’re unsure if the model is even road-legal, the limited model is probably meant more as a collection piece. With a €38,000 ($42,244 USD) asking price, we presume that most buyers would want to display the eccentric three-wheeler more than anything.