This Ultra Rare Bimota SB8R Can Be Yours 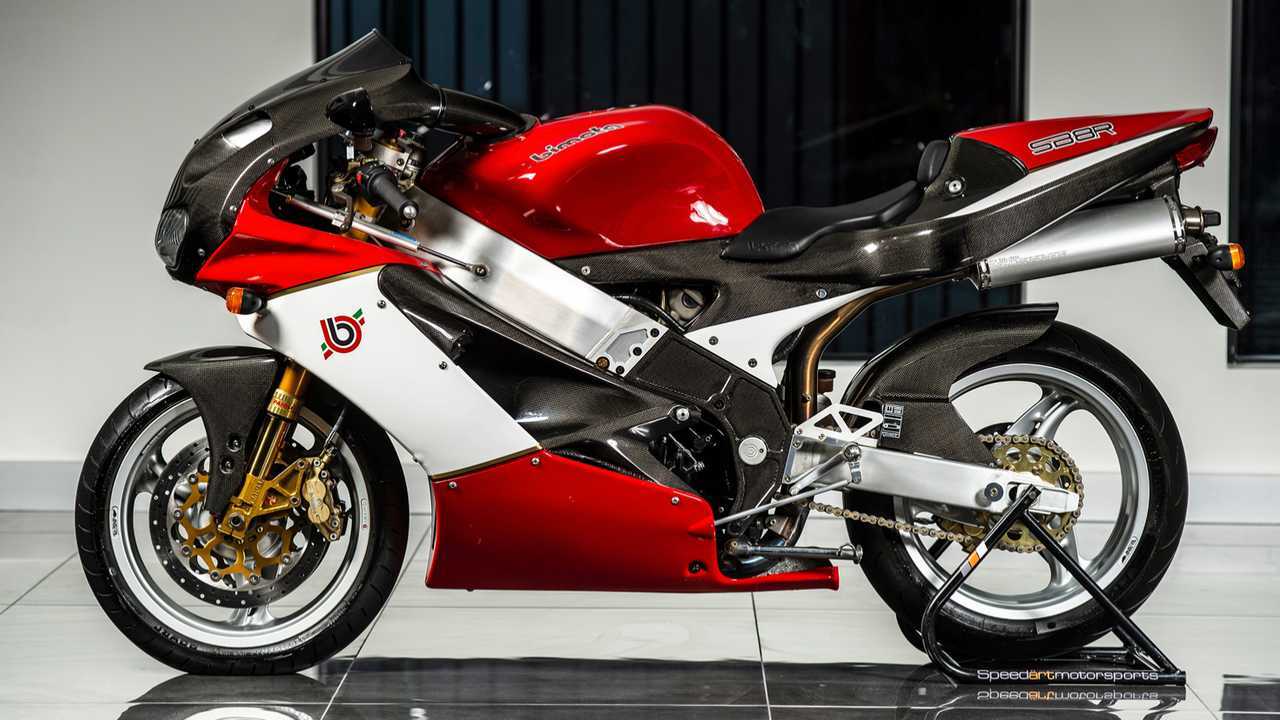 Speedart Motorsports, a dealer of various rare and high performance vehicles, has listed this ultra rare, and extremely pristine Bimota SB8R for sale. With only 150 of these unique sportbikes ever produced, this bike is made even rarer by the fact that it’s one of just 69 bikes imported into the good old USA.

What exactly is it about the Bimota SB8R that makes it so special, anyway? Well, quite a few things, actually. For starters, the 2000 Bimota SB8R was one of the first production motorcycles to use carbon fiber in the frame construction. Apart from that, its thoroughly exotic looks through the design of the legendary Massimo Tamburini truly make the bike standout even in the presence of modern day superbikes.

The SB8R also makes use of lots of technology which was considerably ahead of its time. For instance, a full carbon fiber ram-air system was integrated into the fairing to force more and more air into the intake manifold as speed increased. This is something found in lots of modern day sportbikes twenty years hence. Additionally, the Bimota SB8R used Suzuki’s TL-1000 engine, giving the bike 135 raw horsepower.

Some more details about this particular machine include a few modifications made by its previous owner. For instance, this bike comes with a light switch such that the headlights can be switched off. A set of aftermarket rear sets were also fitted, and the fueling system was also tuned to make the aggressive racer a bit more friendly on the street.

As far as condition is concerned, the bike is in pristine condition with all original paint, undamaged carbon fiber parts, and all-working electricals. All this is attested by a considerably low 5,100 miles on the odometer. Purchased brand new on March 2, 2002, the bike’s first owner was an aerospace engineer from Seattle who used the bike very sparingly. It was then sold to its next owner in 2015, prior to being listed on Speedart Motorsports.

Priced at $23,000, this bike isn’t meant to be a track bike for use and abuse lap after lap. Unless of course, the price tag is no issue to you, and sourcing parts wouldn’t be difficult. I’d reckon this bike is more at home sitting pretty in a well ventilated garage—used every now and then for the occasional heritage track day or bike show. The asking price is definitely reasonable given the rarity and technology this bike employed during its time. For more details, see the original listing here.