Bike of the Week: Fuller's Scrambler 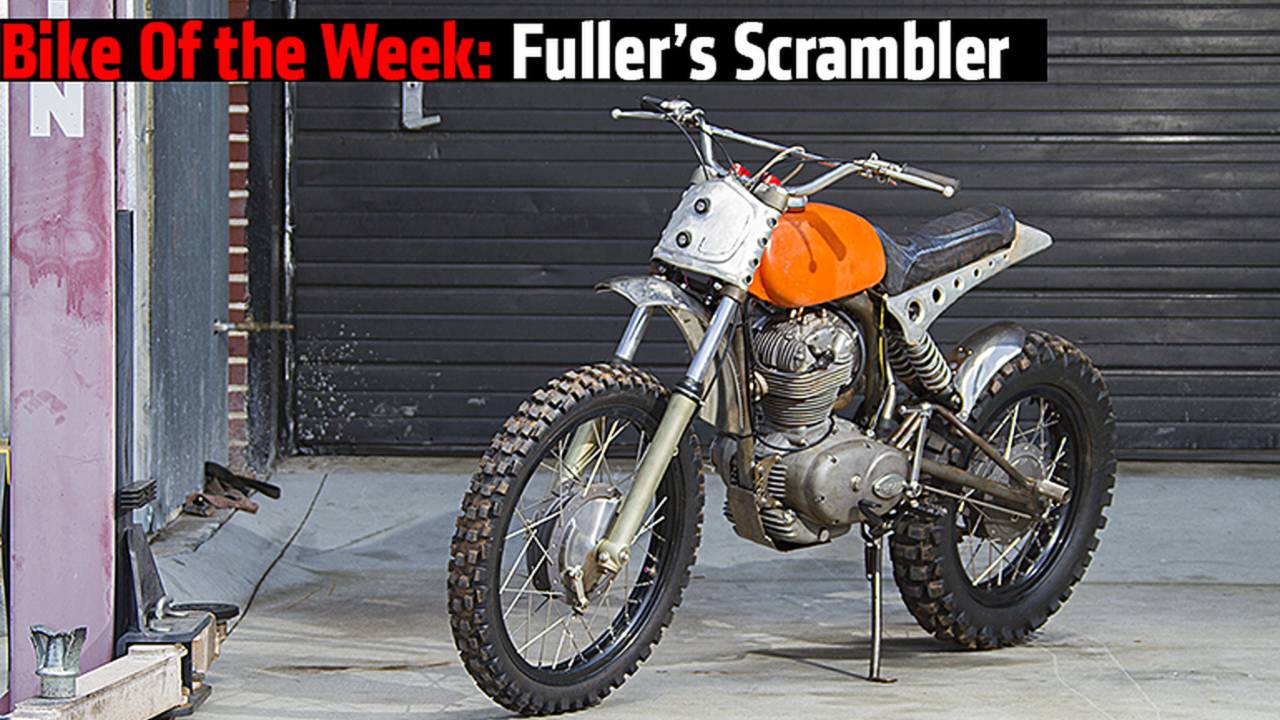 Bike of the Week: Fuller's Scrambler What’s the best thing you can do with a vintage Ducati Scrambler? We say, ride the crap out of it. That’s what...

What’s the best thing you can do with a vintage Ducati Scrambler? We say, ride the crap out of it. That’s what fabricator, TV-show host and hot rod builder, Bryan Fuller did with this Ducati Scrambler. He built a vintage bike with a modern twist and took it out in the mud.

Fuller was the former host of Two Guys Garage, a primarily hot rod based show, they also built cool bikes, like the killer Honda Café 750 project. Fuller loves everything mechanical and, after leaving the show opened up his own shop building rods and bikes, Fuller Hot Rods in Atlanta, Georgia. Recently Fuller began hosting Café Racer TV (which will go by a different name next year).

Fuller is very adamant about building vintage and lightweight bikes. For this project, he started with an early ‘60s Ducati Scrambler, but he isn’t sure of the exact year. Nicknamed a narrow-case bike, the 250cc later featured a bigger engine case, with a wider swing-arm mounting boss, making this particular Scrambler lighter and a whole hell of a lot more desirable.

“The idea was to take an original Ducati with vintage Italian speed parts, but make it with a modern stance and logic: little tank, long travel, modern stance…” said Fuller.

The frame is mostly original with fabricated mounts to hold the dual Fox shocks. The custom swing arm was lengthened two inches and features custom sliders to adjust the chain.

Using mostly original Italian speed parts, he wanted a modern stance with traditional parts. Up front features magnesium Ceriani GP forks and triple trees along Tommaselli hand controls finishing out the front end. The wheels are original Scrambler wheels with magnesium brake drums, 21-inch in the front and 18-in in the back.

All of the bare metal, like the drums and engine case, were hard anodized and then Fuller hand finished them with Scotch-Brite pads for a more durable and worn look.

Fuller has a junkyard worth of vintage, swap-meet parts. Instead of storing them on shelves, he hangs them from the walls and ceiling around his shop. Walking through the doors, it looks like an auto gallery. So, when he built the bike he grabbed a NOS tank off the wall. He doesn't quite remember what it came from. As soon as the bike was finished he took it off-roading keeping up with friends on far newer motorcycles. That’s where a Scrambler belongs, in the dirt.