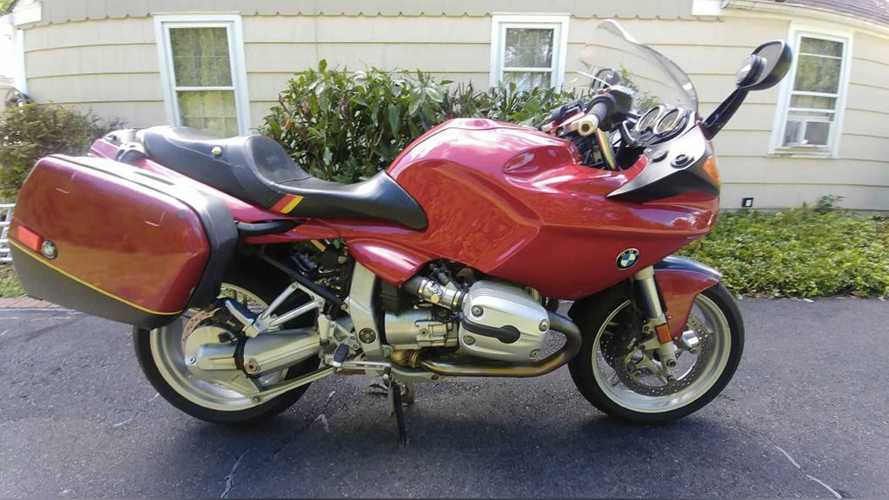 Add a little sport to your touring.

Motorcycle touring is one if not the single best way to travel—at least in our opinion. There’s just something about packing a bike for a weekend and enjoying the journey there as much as the stay itself that’s unparalleled.

If you’ve never indulged in some proper touring and are interested in doing so—especially now that traveling solo is the ideal way to get out of the house—where do you start? Well, getting a proper touring bike is a great first step—and possibly the easiest. There is an endless selection of sport-touring motorcycles out there both used and new. To give you a head start, we dug out five awesome and affordable used sport-tourers to check out. If you were to hit the road tomorrow morning, what bike would you pick?

The Honda NC is an underrated bike. Sure, the 670cc parallel-twin doesn’t have a reputation for blistering performance. If anything, from our experience, the bike is on the very, very mild-mannered end of the spectrum (not to say a bit boring.).

That being said, if you’re looking for a bike you can easily spend a few hours on, this would be it. Its wide saddle, dual-clutch transmission (DCT), and relatively svelte build help make the NC700X a comfortable and versatile option to consider.

The NC series was also entirely new for 2012 and was designed with versatility and practicality in mind. The fuel tank is actually located under the seat—the fake tank is, instead, a convenient storage compartment. According to fuelly.com, 2012 models like this one averages 65 mpg, which means you will get around 240 miles out of a single tank.

The Ducati Multistrada has been the epitome of sport-adventure-touring bikes since its introduction in 2003. Despite a bit of a rocky debut on the market, the model has significantly evolved and turned into a staple of the segment.

The 1200 was the evolution of the model introduced in 2010 and the generation that truly cemented the Multistrada’s reputation. The S trim level was even introduced with a ride-by-wire throttle and an electronically adjustable Öhlins suspension. This particular unit seems to be the S Touring which, at the time, came with side cases, a center stand, and heated grips.

At its core, the 1,198cc Testastretta 11° L-twin produces a generous 150 horsepower that can easily haul the bike’s 417 pounds (dry). On top of the frame sits a 5.3-gallon fuel tank which should result in a range of roughly 190 miles (based on data from fuelly.com).

Other Travel-Friendly Bike To Check Out:

If your main goal when shopping for a sport-tourer is above all to find something that’s comfortable, you should definitely look the Aprilia Caponord’s way.

Sure, it’s far from a perfect bike. Reviewers have notably commented on the overly soft suspension and questionable build quality that’s a clear break from Aprilia’s usual standards. On the other hand, they also praised its comfort and the ability of its V-twin engine. Motorcycle News even wrote that "the Aprilia ETV1000 Caponord has one of the best power plants in any big trail-style motorcycle," about the 2001-2004 generation.

As some reviewers put it, you would likely find a much more generous list of features on other comparable tourers, including BMWs. That being said, you wouldn’t get to enjoy all the character of the Italian V-twin. The 998cc V-twin was, in fact, one of the model’s most favorable features. It produced 86 horsepower and 57.6 lb-ft of torque and was particularly performant in the mid-range.

The bike for sale comes with auxiliary lighting, a crash bar, and a full set of luggage while the bike itself only has 9,500 miles on the counter (according to the ad).

The Triumph Tiger needs no introduction. The nameplate has been around since the early 90s. After a little over 15 years dabbling in the adventure-dual-sport segment and trying to sell the model as a capable dual-purpose bike, Triumph embraced the Tiger’s touring abilities and gave the model a full overhaul for 2007. Triumph replaced the asymmetrical wheels with a pair of 17-inch circles and made the bike more touring-friendly.

That’s not to say that it won’t hold its own off the beaten paths—the House of Hinkley simply refocused the branding. That was a good move on Triumph’s part: the new Tiger rapidly gained popularity in the segment. The 1050 used the same 1,150cc inline-triple as the then Speed Triple and Sprint and produced 103 horsepower and 64 lb-ft of torque in its sport-touring form.

This Tiger comes with a Garmin GPS, a Triumph tank bag, and even the owner's manual.

A proper list of sport-touring motorcycles wouldn’t be complete without a BMW. This time, we’re taking a closer look at the 2004 BMW R 1100 S, a rather interesting beast. By 2004, this generation of the model, introduced in 1998, was as accomplished as it could be. BMW had reached peak form with the 1100 model before replacing it with the popular 1200 in 2006.

While the 1,085cc flat-twin was from being the most exciting powertrain around, it is widely recognized for its reliability and overall pleasant demeanor. Combined with its 4-gallon fuel tank, the bike was known for being a comfortable long-hauler with a massive reserve, as experienced by Visordown’s Giles Butcher who kept the bike going for 47 miles after hitting the reserve.

This used one even comes with a practical set of side cases, cruise control, and heated grips (probably retrofitted).