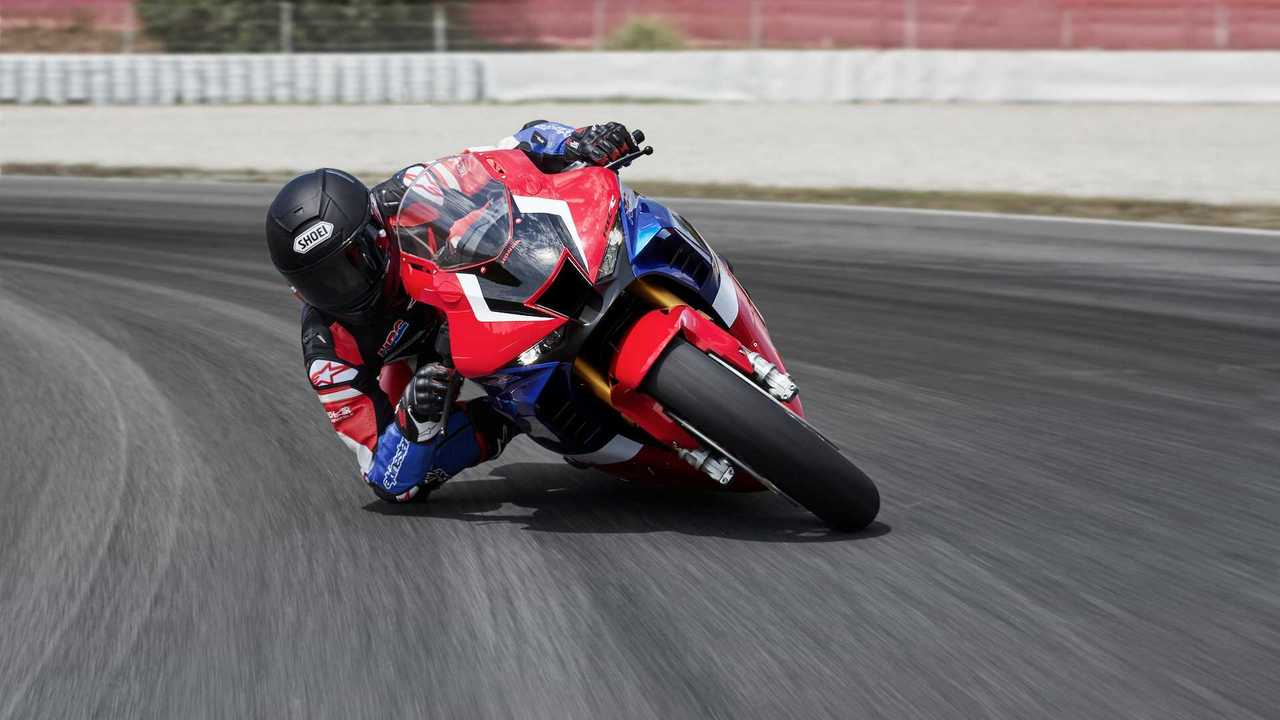 The Honda CBR1000RR has been around for 15 years and has become a staple of the Japanese sportbike segment, alongside the popular R1s, Gixxers, and Ninjas. However, it seems like the RR and its 191 hp (number reported by MCN) wasn't radical enough. It needed a dash more R. So Honda unveiled a version of the CBR on steroids, the new CBR1000RR-R Fireblade SP. The new Honda sportbike flagship will land in the North American showrooms as a 2021 model and while we wait for its impending arrival, let’s take a look at everything we know about it.

The addition of a third R (fourth if you include the one in “CBR”) is the Fireblade’s ticket across the pond. After being part of the European sportbike landscape for over 25 years, the Fireblade nameplate is coming to America, slapped on the new CBR1000RR-R SP’s fairing.

The RR-R one-ups the RR in a number of ways, including the price. Honda announced that the new 2021 Fireblade will retail for $28,500—a $12,000 premium over the entry-level CBR1000RR. What does the additional $12k get you? Put simply: a road-legal MotoGP bike.

See, the model is Honda Racing Corporation (HRC) MotoGP RC213V-S’s closest (road legal) relative. The designers and engineers took a few pages out of HRC’s book and applied track-inspired solutions to the Fireblade’s design to improve efficiency and reduce friction. This results, among other things, in a more compact block, equipped with titanium connecting rods, forged aluminum pistons, and finger-follower rocker arms.

Speaking of the engine, the new powerhouse is a liquid-cooled 999cc DOHC inline-four (versus the RR’s 998cc unit) with a slightly larger bore (81mm) and a slightly shorter stroke (48.5mm). The new engine is rated at 215 horsepower at 14,500rpm and 83 lb-ft of torque at 12,500rpm and can reach a top speed of (at least) 186 miles per hour—the digital speedometer stops at 186 mph but as Young Machine recently documented in a video, the bike seems to have the capacity to accelerate past that mark.

Under the fairing, the Fireblade is built on a new aluminum diamond chassis meant to increase vertical and torsional rigidity and decrease horizontal rigidity, which, according to Honda, should give the bike more grip and better handling. The fairing itself features track-derived winglets designed to increase downforce. The Fireblade is also equipped with a longer aluminum swingarm—yet another feature borrowed from its MotoGP counterpart—and with a titanium Akrapovič muffler. Fully-loaded and ready to go, the model weighs in at 443 pounds.

The suspension set up includes a 43-mm Öhlins fork with 4.3 inches of travel and a pro-link single shock with 5.6 inch of travel, attached to a set of 17-inch wheels. Stopping power is provided by 330mm discs with Brembo Stylema calipers at the front and a 220mm disc with a single caliper at the back.