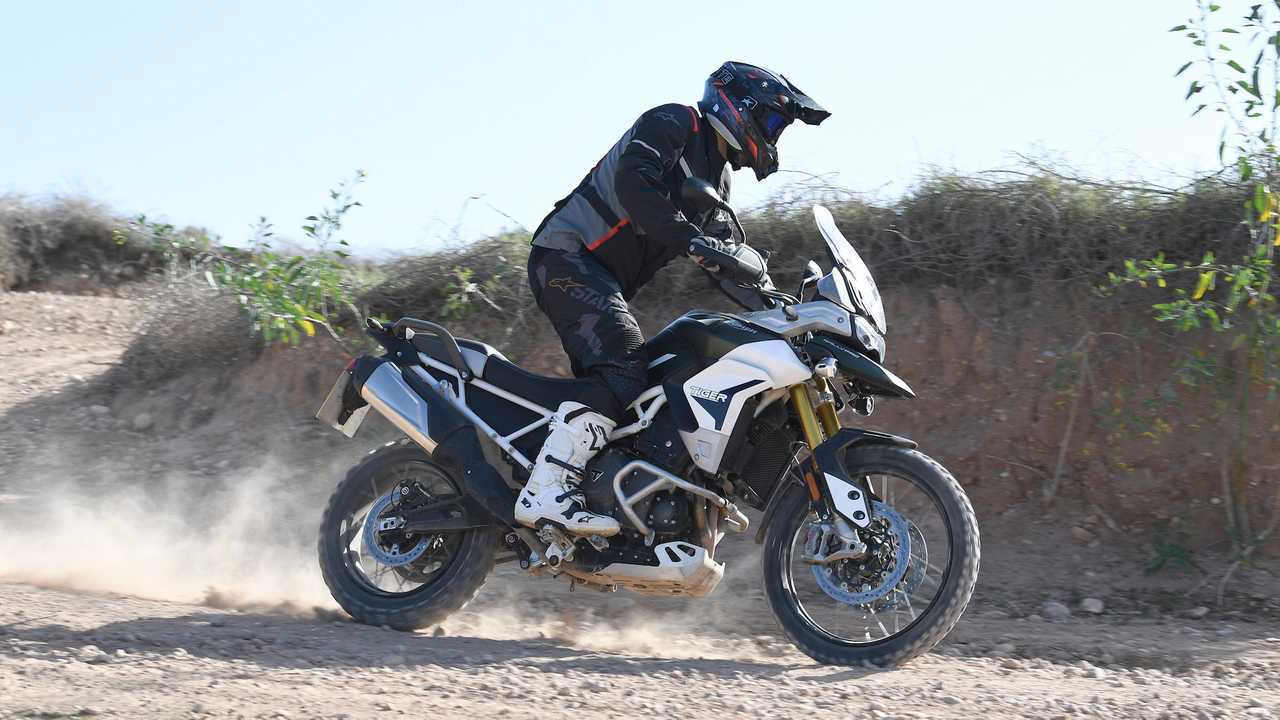 In 2010, English maker Triumph added yet another string to its modern adventure motorcycle bow. The mid-90s Tiger 900 had grown to become a 1050 through the years (upgraded to a 1200 in 2012) which left a gap in the middleweight segment. The House of Hinckley decided to address the situation by introducing the all-new Tiger 800. The model was extremely well received a received a number of upgrades through the following decade.

Then in December 2019, just in time for the Tiger 800’s 10th Anniversary, Triumph introduced a new generation of its popular adventure bike, marking the return of a Tiger 900 to its lineup. Building on the 800s’ already solid foundations, the all-new 900 takes things to a new level with a bigger engine, bigger fuel tank, improved off-road capability, all the while shedding a few pounds in the process. That all sounds pretty good, right? Now, let’s take a look at the specifics.

Triumph didn’t unveil one motorcycle—it unveiled six. It took the whole “a little something for everyone” quite literally. The Tiger 900 trim levels go as follow:

Despite a pretty full house, the naming convention is straightforward and and everyone has a clear role within the lineup. The GT badge adds more road-oriented features and comforts for the adventurers while the rally models are equipped to meet the needs of the trail enthusiasts. As for the GT Low, as the name suggests, it's a lowered version of the otherwise tall adventure bike, which makes it accessible to a wider range of riders.

All six trim levels use the same, bigger engine, a new 888cc inline-triple rated at a 94 horsepower and 64 lb-ft of torque which allows the model to claim the fastest acceleration in its segment. The overhauled engine’s most interesting feature is the quirky 1-3-2 firing order—a set up that, according to Triumph, gives the bike a unique feel and character. The manufacturer claims that the engine has a richer powerband with more mid-range grunt. While its predecessor had the bad habit of overheating, the new Tiger features a dual radiator set up manages to keep the engine’s temperature under control while using less coolant.

The new engine is mounted to an equally new lightweight modular steel trellis frame with a bolt-on aluminum subframe and pillion hanger. The new frame allowed the Tiger to shed 16 pounds in the redesign process.

The entry-level and GT models all use a set of Marzocchi suspensions with a 45mm inverted cartridge fork with manual compression and rebound adjustment (non-adjustable on the base model) upfront and an adjustable gas-pressurized shock at the back. On the base Tiger, only the preload can be adjusted while on the GT, both the preload and rebound damping can be personalized.

The two Rally models use Showa components with an adjustable 45mm inverted fork at the front with 280mm of travel and gas-pressurized shock with 230mm of travel at the back.

Triumph opted for the same brake hardware across the board with two 320mm floating discs two Brembo Stylema four-piston calipers at the front wheel and a single 255 mm disc with Brembo single-piston caliper at the back wheel. While ABS is also standard on all trim levels, the base version receives your run-of-the-mill ABS while the GTs and Rallies are upgraded to optimized cornering ABS.

The GT and Rally lineup also receive a seven-inch TFT display and are equipped with a smartphone compartment with USB charger. The two top-of-the-line Pros add to that menu of features Triumph’s Shift Assist system (quick shifter), My Triumph app’s connectivity, as well as heated seats with separate pillion controls. Each version of the Tiger also gets selection of riding modes that varies with the levels of equipment:

Should you need to personalize your Tiger any further, Triumph also offers a collection of 65 factory accessories and pieces of luggage so that you can pretty much have your Tiger your way. The new 2020 Triumph Tiger(s) is now up for grabs so the time has come to start planning for your next adventure. Where will you go?