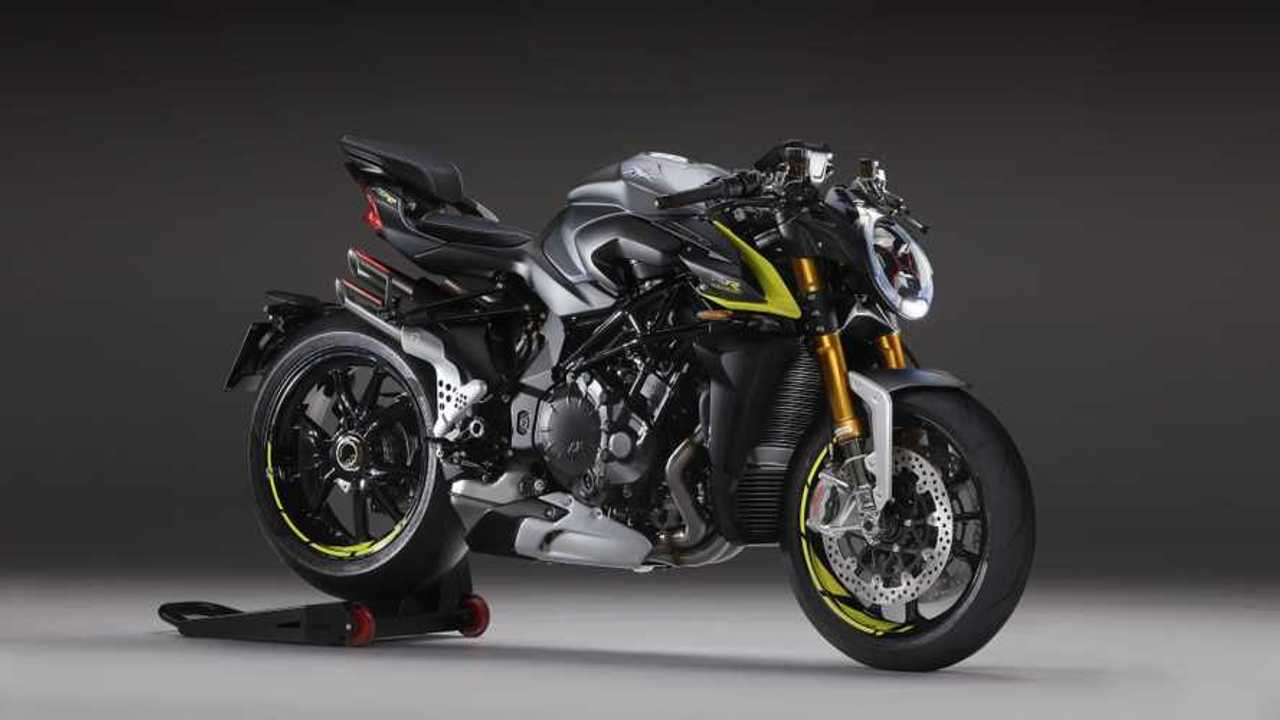 In 2019, MV Agusta hit a home run with the introduction of its two absolutely stunning and highly-exclusive models—the Superveloce 800 and the Brutale 1000 Serie Oro. With only a few hundred units available of each, the limited-run bikes sold out like red, high-po hot cakes within days.

It didn’t take long for the Italian firm to take all the good stuff the premium models had to offer and wrap them up in a more affordable, production-friendly package. That’s when MV Agusta introduced the Brutale 1000 RR. As production of the new model is about to kick off, we take a closer look at all the features the new Brutale flagship receives. Here’s everything we know about the 2020 MV Agusta Brutale 1000 RR.

Instead of starting with an entry-level bike and piling on the features to turn into a premium model, MV Agusta did the opposite and carefully stripped the Serie Oro of some of its most luxurious features to end up with the RR.

For instance, the carbon fiber wheels have been replaced by a set of forged aluminum circles, the golden accents were replaced by black and silver components, the matte metallic paint is now bright red and shiny, and the 998cc inline-four was detuned to produce “only” 208 horsepower and 87 lb-ft of torque (down from 212 hp and 89 lb-ft). The 186-mph top speed remains the same. Boo-flipping-hoo, we know. That’s a first-world problem if we’ve ever seen one.

Seriously, all things considered, it's a small price to pay to own a beast like the Brutale and, in all fairness, it looks like you’re getting a better deal than with the Serie Oro considering the few subtle changes come with a $15,000 price cut.

After all, the RR uses a lot of the same components as its Golden counterpart. The Chromium Molybdenum (CrMo) steel tubular trellis frame with an aluminum alloy swingarm, covered with a carbon fiber and thermoplastic fairing are all the same. The suspension and brake hardware is also carried over unchanged with a hydraulic Öhlins Nix EC inverted fork at the front and adjustable Öhlins EC TTX monoshock at the back. Stopping power comes from a pair of 320mm steel discs paired with two Brembo Stylema four-piston calipers upfront and a 220mm disc with a Brembo two-piston caliper out back teamed with Bosch ABS with race mode and rear-wheel lift-up mitigation.

Despite cutting back on the amount of carbon fiber it used, the manufacturer somehow managed to keep the weight of the RR the same as the Oro at a svelte 410 pounds.