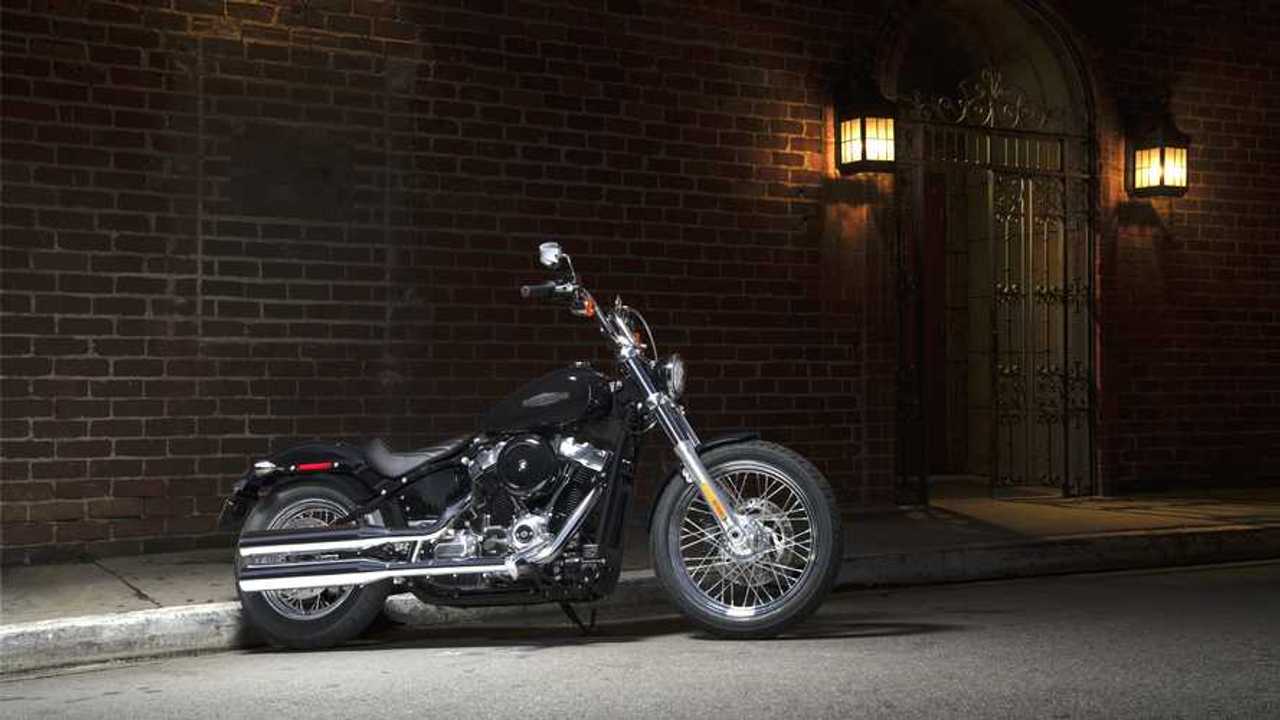 Minimalistic isn’t exactly what comes to mind when once thinks of Harley-Davidson. The chrome, the bold liveries, the Bar and Shield logo stamped on everything, and the big personalities who buy into it all are more along the lines of what the brand usually evokes. Sometimes, however, the Motor Company returns to basics and when it does so, we get models like the all-new Softail Standard. Here’s a closer look at everything we know about the new model.

Other Notable Harleys Coming Up:

Harley-Davidson introduced the Softail Standard as a sort of blank canvas and leaves it up to its customers to decide what sort of customization they are looking for. The look is basic—by Harley standards—and is meant to inspire buyers to give their bike the flavor they want whether they’re more performance or touring oriented.

The Standard is built on the well-known Softail platform introduced in 2017, the same one that now underlines no fewer than 12 Harley-Davidson models. The Standard shares its bobber-like DNA with the rest of the lineup but like all the other models, it has its own personality—if you consider a lack of character a personality. That’s not a bad thing: that’s exactly what the company was going for.

The look is your run of the mill, quintessential Harley bobber silhouette with the down swept silhouette, low-set solo saddle, chopped rear fender, and the dual offset shotgun exhaust. The color scheme is simple and straightforward with a glossy black paint job contrasted by chrome accents. A set of wire-spoke wheels with a 19-inch circle at the front and a 16-inch one at the back completes the look.

As for the firepower, the Standard uses the smallest Milwaukee-Eight V-twin engine, the 107, with a 1,746cc displacement and an output rated at 110 lb-ft of torque. Its simplicity allows the Softail Standard to rank as the most affordable model in the lineup with a price tag starting at $13,599.

The bare look is nice if you’re into the minimalist aesthetic but if you like your bike to stand out a little more or take on a different personality, Harley offers four accessory packages to customize your Standard. The Day Tripper Custom Package ($1,049.95) adds a pillion, a 21-inch detachable sissy bar, passenger footpegs, forward foot controls, and a black leather Single-Sided Swingarm Bag.

The Coastal Custom Package ($1,599.95) draws from the West Coast Style by adding a quarter fairing, a black anodized aluminum handlebar with a 5.5-inch tall riser, a two-up seat and passenger footpegs, and BMX-style footpegs.

The packages can be ordered separately and installed by a Harley dealer (at an additional cost). The new 2020 Harley-Davidson Softail Standard is now up for grabs starting at $13,599 and is available with optional ABS.