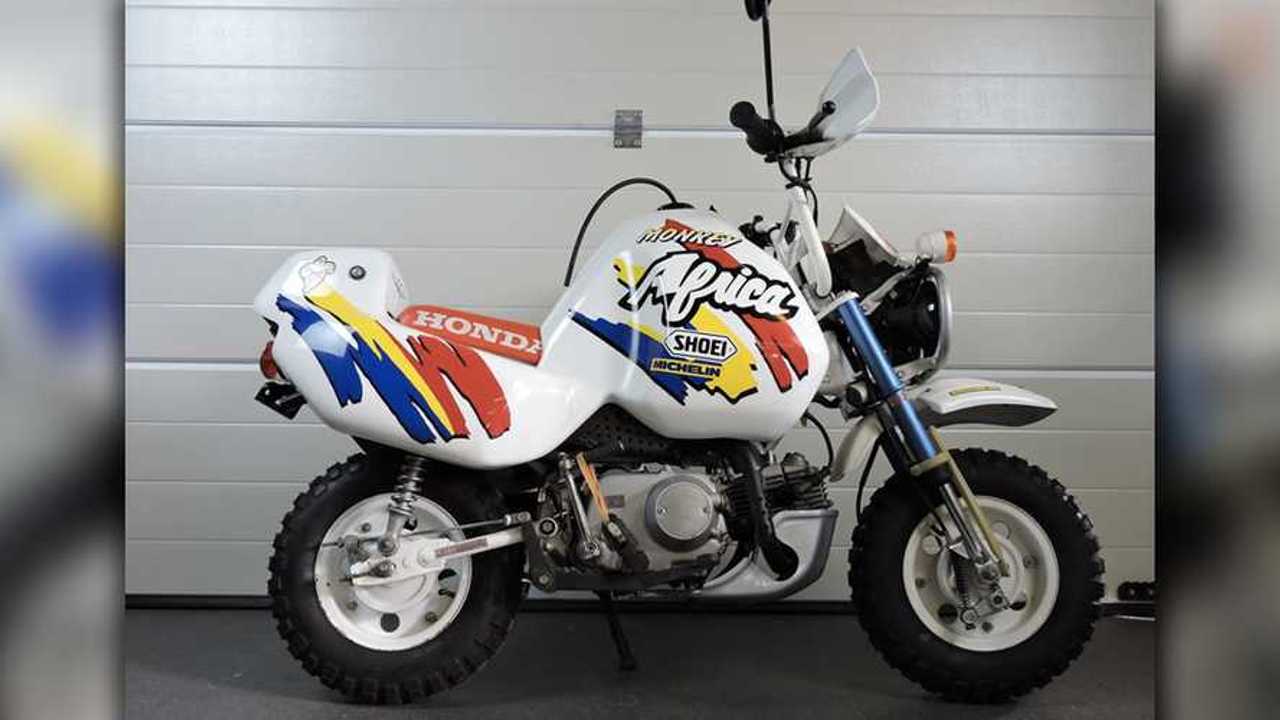 Can something be this cute and this rugged at the same time?

Though the Monkey bike doesn’t look like the most serious tiny motorcycle around, it has some serious chops—especially the original one with a name like Mini Trail. Inspired by a carnival ride, the Honda Monkey, or more specifically Z series, first appeared in the early 60s, starting with the Z100. The Z50 followed and was introduced in the U.S. in 1968. The original model was finally discontinued in 2017 before making an exciting comeback in 2019 with a new look and a bigger engine borrowed from the Grom.

The original Monkey bike has a cult following to this day even after 50 years and it’s not rare to see a version of it pop up at auctions from time to time. The Z50 are rugged little machines and they make grown-ups look and feel like kids again—what’s not to like?

There’s now a very special Monkey for sale. Our colleagues over at Silodrome unearthed what I think is one of the best findings yet. Folks, meet the Monkey Baja Africa. The bike combines one of Honda’s smallest bikes with one of its biggest and the result is both adorable and hilarious. This is actually a 1991 Monkey Baja outfitted with an Africa Twin-inspired kit.

The Monkey Baja came out in the late 80s as a Z50 enduro variant. It had a narrow enduro saddle with a dual headlight, handguards, and knobby tires. The Africa kit, actually made by Honda, also added an Africa-branded single piece tank and seat, a skid plate, and a fender. It looks like a kid playing grown-up and it’s absolutely adorable.

This particular 1991 Honda Monkey Baja Africa is up for grabs at TVP Classics, a Belgian shop that specializes in Honda minibikes. Its collection is worth checking out. As for our little Baja here, it goes for a not-so-little €12,500 (or $13,780).

A Japanese auction site filmed one in action a few years ago and this is the result: