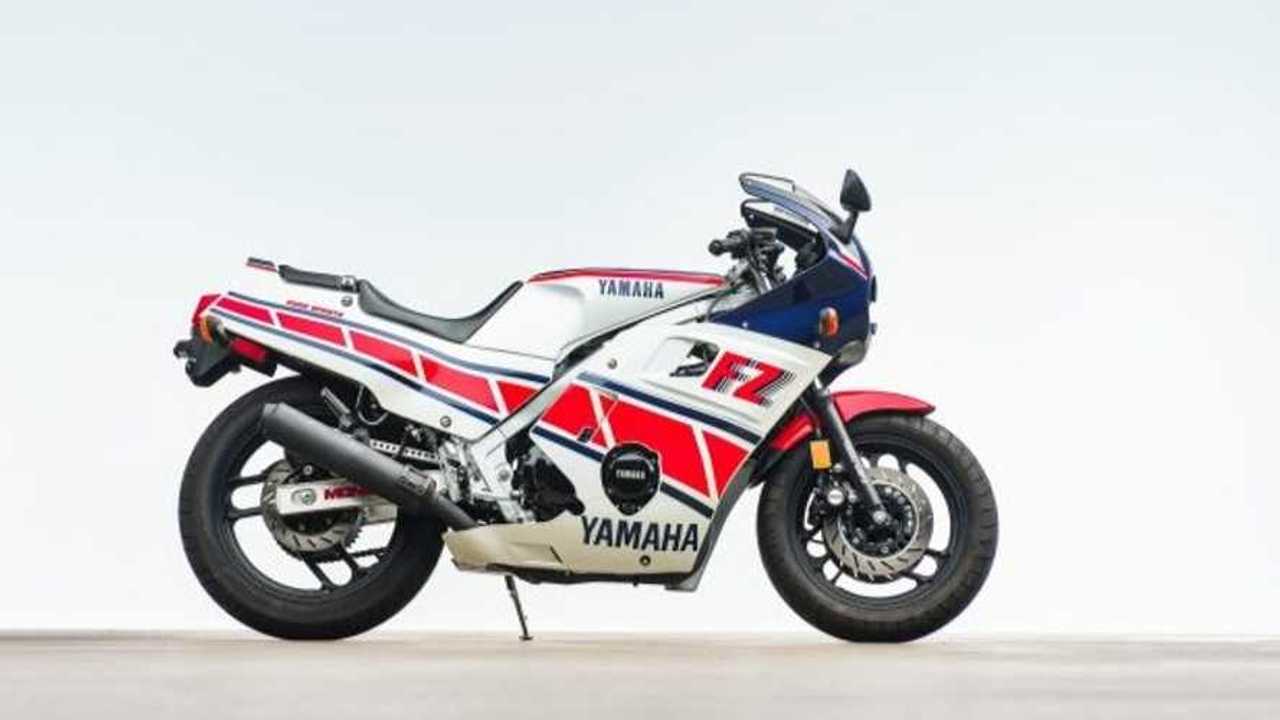 Here's your chance to own a legendary 80s sportbike.

These days, the 600cc supersport segment seems to be sitting in the corner gathering dust. With nearly all of the Japanese 600 supersports being rather long in the tooth (except for the upcoming Honda CBR600RR), it would appear that a much-needed refresh is in order. Back in the 80s, however, 600cc supersports were all the rage.

With bikes like the Kawasaki GPZ 600R, Honda CBR 600 Hurricane, Yamaha FZ600, and Suzuki's cheater GSX-R750 all sharing the limelight, this era was one of the most exciting times in the world of sportbikes. A fine piece from that era is presented to us today in this 1986 Yamaha FZ600. Listed on auction at no reserve on Bring A Trailer, this particular bike looks to be in amazing condition when looking closely at the supplied photos. Featuring a 599cc inline-four engine, this Yamaha FZ600 makes all the right racy sounds that conjure up images of retro 1980s motorcycle racing.

Finished in red, white, and blue, this Yamaha FZ600 features standard componentry in the form of a rear mono-shock, forward-slung clip-on bars, and dual front disc brakes. What is considered as pretty much basic underpinnings to today's standards was considered cutting edge technology back in the day. Having ridden a few sportbikes from that era, it goes without saying that the FZ600's simplicity makes it very engaging to ride—especially considering the fact that assists like ABS and traction control do not exist.

One of the most striking things about this particular FZ600 is the fact that it seems to be in amazing condition. Unsurprisingly, the bike has not been ridden in over a decade, and has been stored by the current owner. They have, however, taken the precaution of using fuel stabilizer prior to storage, so bringing this old dog back to life should be doable with just the right amount of elbow grease. Currently listed at no reserve, the latest bid as of this writing stands at just $2,613, and bidding ends in 5 days. If this awesome 1986 Yamaha FZ600 interests you, be sure to drop by the original listing for more information.