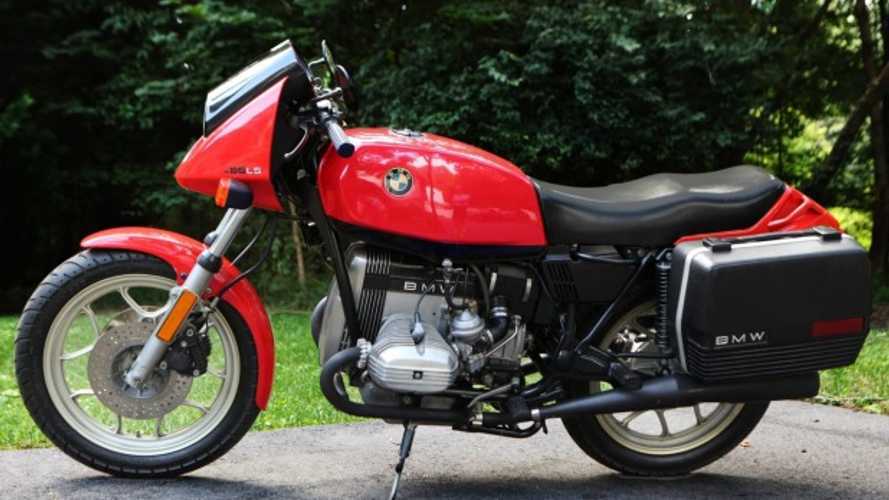 A classic bike that can go the distance, literally.

The BMW R65LS was first launched in 1982. Designed to be a scaled down version of the massively popular R90/S, the bike was also more affordable, and therefore a much more friendly option for the average motorcyclist by way of a 648cc boxer twin which was rated for an adequate 50 horsepower. While bearing the resemblance of a sporty, powerful machine, the R65LS was adequately fast in its day, yet not the slightest overbearing for beginner riders.

As far as styling is concerned, the BMW R65LS is undoubtedly striking to look at. Perhaps not the most elegant thing in the world, the bike definitely puts the angular craze of the 80s proudly on display. Featuring an oddly-shaped bikini fairing, and boxy lines which make their way to the back, the bike is still unmistakably a BMW, albeit surely not the posterchild of the era.

Where the BMW R65LS shines brightest, though, would have to be in its ability to cover long distances. Undoubtedly a capable sport tourer in its time, the bike featured a large six-gallon fuel tank, the bike could do north of 200 miles on a full tank. Apart from that, the bike featured a rather low seat height complemented by an equally plush seat. Suspension was also very compliant, making it ideal for relaxed, long stints across the countryside.

Designed by Hans Muth, the R65LS is not a bike you'll see everyday. With just 6,389 stamped into existence, this bike represents a time of stylistic experimentation that has, in part, gone down and contributed to BMW's present-day designs. This particular R65LS is finished in the most desirable colorway, Henna Red. Featuring the above mentioned wedge-shaped bikini fairing, it comes equipped with a polished black windscreen. A two-up seat and hard-case panniers come along with the bike, as well as both center and side stand options.

Some notable repairs and maintenance work was done in 2016, such as a fork oil replacement, a valve job, carburetor cleaning, and replacing all vital fluids. Not to mention, the brakes also received a service alongside the bike's other components. As expected the bike comes with absolutely no digital bells and whistles. Instead, proudly perched above the bars is a US government-mandated analog 85-mph speedometer, a tachometer with a 7,500 redline, and an odometer showing the better part of just 8,000 miles.

As is the defining feature of most collectible BMWs of that era, this R65LS comes with a 648cc iteration of their air-cooled boxer twin. It transfers power to the ground by way of a shaft-driven, dry clutch operated five-speed manual transmission. The lucky next owner of this motorcycle will be given the factory tool kit, spare keys, owner's manual, and warranty booklet. As of this writing, the standing bid for this gorgeous BMW R65LS is just $3,900, and bidding ends in four days. If this bike interests you, be sure to make a bid, and you might just be the next owner of this dapper machine.

The Čezeta Electric Scooter Company Is For Sale

Husqvarna Introduces 2021 TE 300i And FE 350 Rockstar Enduros
Triumph Speed Twin Gets A Sharp Look With Custom Rennstall Kit
Is It The End Of The Road For The Aprilia Dorsoduro And Shiver?
The Royal Enfield Meteor 350 Finally Gets A Launch Date
This Yamaha R1-Powered Bond Bug Is Looking For A New Home

Husqvarna Introduces 2021 TE 300i And FE 350 Rockstar Enduros
Triumph Speed Twin Gets A Sharp Look With Custom Rennstall Kit
Is It The End Of The Road For The Aprilia Dorsoduro And Shiver?
The Royal Enfield Meteor 350 Finally Gets A Launch Date
This Yamaha R1-Powered Bond Bug Is Looking For A New Home
Commenting Guidelines
Sign In or Sign Up
© 2020 Motorsport Network.
++