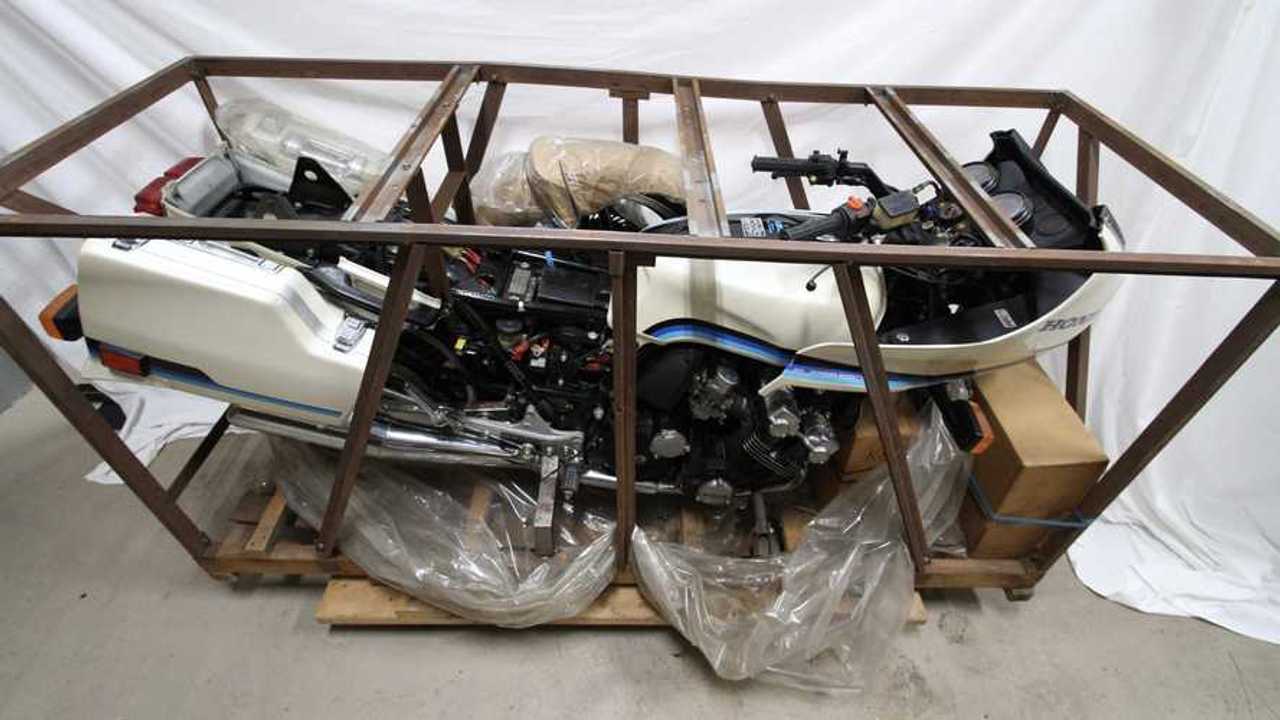 To uncrate or not to uncrate, that is the question.

Honda has set several industry milestones over the past seven decades. As the manufacturer of the world’s best-selling motorcycle and the world’s first superbike (two different machines, by the way), Team Red has earned some serious street cred since its foundation in 1948.

One could argue that the addition of the CBX1000 to the lineup in ‘78 was yet another milestone. Though it wasn’t the first of its kind, the CBX became one of the better known (vintage) inline-six models on the market. Understandably, every time one shows up at an auction, we can’t help but want to share it with you guys. Guess what time it is? It’s crate CBX time!

A gorgeous 1982 Honda CBX Supersport just showed up for auction on Bring a Trailer, uncrated and in mint condition, with only 1.2 miles on the counter. The 1982 model-year means this unit was the model’s last iteration before Honda decided to pull the plug and move on to other CBs.

This unit was initially shipped to a Honda dealer in Ohio before being added to a Florida dealer’s collection and kept in its original crate for 38 years. This CBX was never assembled and never got the chance to make an owner happy—which could change should the new owner decide to commit the ultimate sacrilege by assembling it and putting it on the road.

Who could blame them anyway? The engine note alone would easily drown the screams of disapproval of those who think it should have remained uncrated. Sorry folks, we can’t hear you over the awesome sound of that singing six.

This unit is offered in a Pearl Altair White livery with black, purple, and blue stripes and matching hard cases. The star of the show is obviously the enormous 1,047cc inline-six engine with the cascading pipes at the front and three-into-one dual exhaust. The bike also features a five-speed transmission, ventilated brake discs, 19 and 18-inch Comstar wheels, and a touring fairing.

It comes in its crate (of course) along with its original cardboard box with shipping markings, factory break-in maintenance sticker, and Manufacturer’s Certificate of Origin.

While we wouldn’t blame anyone for wanting to keep the bike in its current, pristine condition, we would also find it hard not to want to put it on the road for the sheer pleasure of hearing the six roar. That’s an argument we’ll leave up to the future owner to settle. We’re kind of glad we’re not in their position.