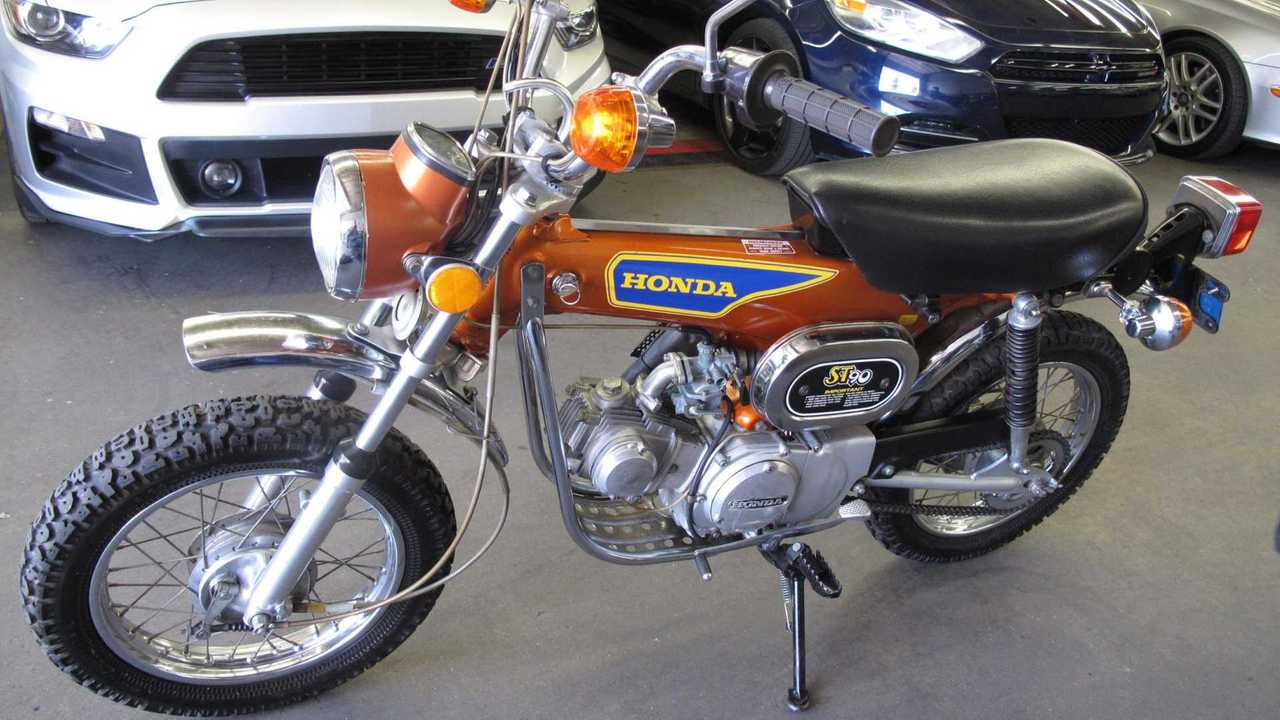 This may be the ultimate evolution of the Honda minibike.

When it comes to naming convention consistency, 70s-era Honda isn’t exactly an example to follow. There was a time when different displacement CTs were entirely different models. For instance, CT90 was the name given to the Cub’s trail spin off, used on the Japanese market. In America, the same model was christened the Trail 90. Following what seems like a logical thread, you would think that the CT70 was a detuned version of the Trail Cub but then you would also be wrong. Honda used the CT70 nomenclature to refer to the North American version of the Monkey-derived Dax ST70. Have we lost you yet?

What about the ST90? Well, for some reason, that one got to keep its name when it was exported and sold as such in the U.S. At the time of its release in 1973, the ST90 was marketed as a “sport trail” (ST anyone?) which meant it was a little more trail-friendly than its 70cc counterpart. Sadly, the model didn’t sell very well and was ultimately pulled from the market.

I Shall Call Him Mini-Me:

On the bright side, it makes this Bring a Trailer finding even more interesting to check out. This 1975 “Candy Topaz Orange” little fellow looks to be in fantastic shape with just 1,600 miles on the counter. The shiny paint job contrasts nicely with the black saddle, exhaust shield, and shocks, and the touch of chrome makes the whole thing pop. The double-cradle frame is open and exposed, and it features a sump plate to protect the underbelly.

The ST is powered by an 89cc, four-stroke, single-cylinder thumper paired with a three-speed gearbox with automatic clutch. It features drum brakes front and back, mounted to a set of 14-inch spoke-wire wheels. Support is provided by a hydraulic fork at the front and a pair of shocks at the back.

This little ST comes with a tool roll and a California title, so it’s ready to rock and ready to roll. Place your bets and let us know if you get it, we want to hear all about it.