This 1969 BSA Starfire Has Some Serious Modification 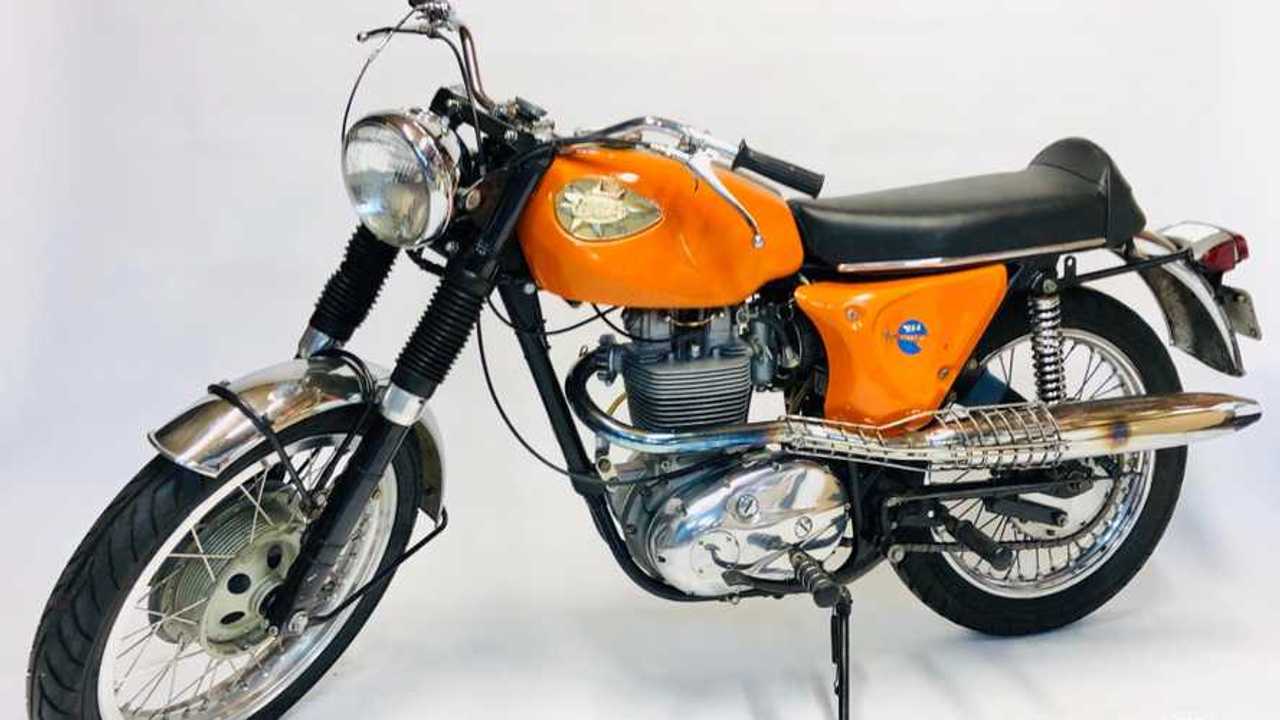 There are two kinds of vintage British motorcycles. There’s the stereotypical barely-running, oil-leaking, headlight-blowing junk barge that unscrupulous sellers pass on to unsuspecting newbies. Then, there’s the other kind: a lean, mean, tire-burning machine modified by a series of owners to be faster and more reliable. This 1969 BSA Starfire looks like the latter.

This Beezer, currently for sale on Bring a Trailer, started life equipped with BSA’s B25 engine, an air-cooled, 250cc, overhead-valve, four-stroke single. However, the great thing about old Brit bikes is that many parts will mix and match between models. If you want more jam, just stuff a larger engine into that chassis!

This Sweet 1970 BSA 650 Thunderbolt Is Calling Your Name

That’s what happened here: Somebody ditched the BSA’s weedy stock engine, and put in the single-cylinder engine from a 441 Victor. This was The Real Deal in the late ‘60s, a snappy air-cooled four-stroke motor that BSA used for street bikes and off-road machines. It was one of the most popular British engines of the late ‘60s, making roughly 30 horsepower.

But wait, there’s more! Along with the transplanted engine, this Starfire also has a modified four-speed gearbox, along with “improved oiling system, a lightened valvetrain, and a crankcase breather.” There’s a new Amal Premier carburetor, too, and an upgraded clutch. A previous owner also modified the forks with parts from a 2004 Yamaha R6, along with custom 6061 aluminum triple trees (stock suspension parts are included with this auction). The bum-stop seat and orange fuel tank/side panels all look more-or-less period-correct, but take a second look and you can see the old-school analogue gauges are gone, replaced with a digital speedo.

The bike still relies on drum brakes, alas. At least it was modified for maximum efficiency, with “riveted, glued and arced modern linings as well as a custom longitudinally-wound cable from Motion Pro.”

Overall, the bike looks well-sorted, and mechanically sound. The current owner supposedly put thousands of miles on this machine, although there’s no odometer and nobody knows the bike’s actual mileage. If you want more deets, or more pictures, or to place a bid, get yourself over to Bring a Trailer.