This Beautifully Restored 1937 Triumph Wants To Come Home With You 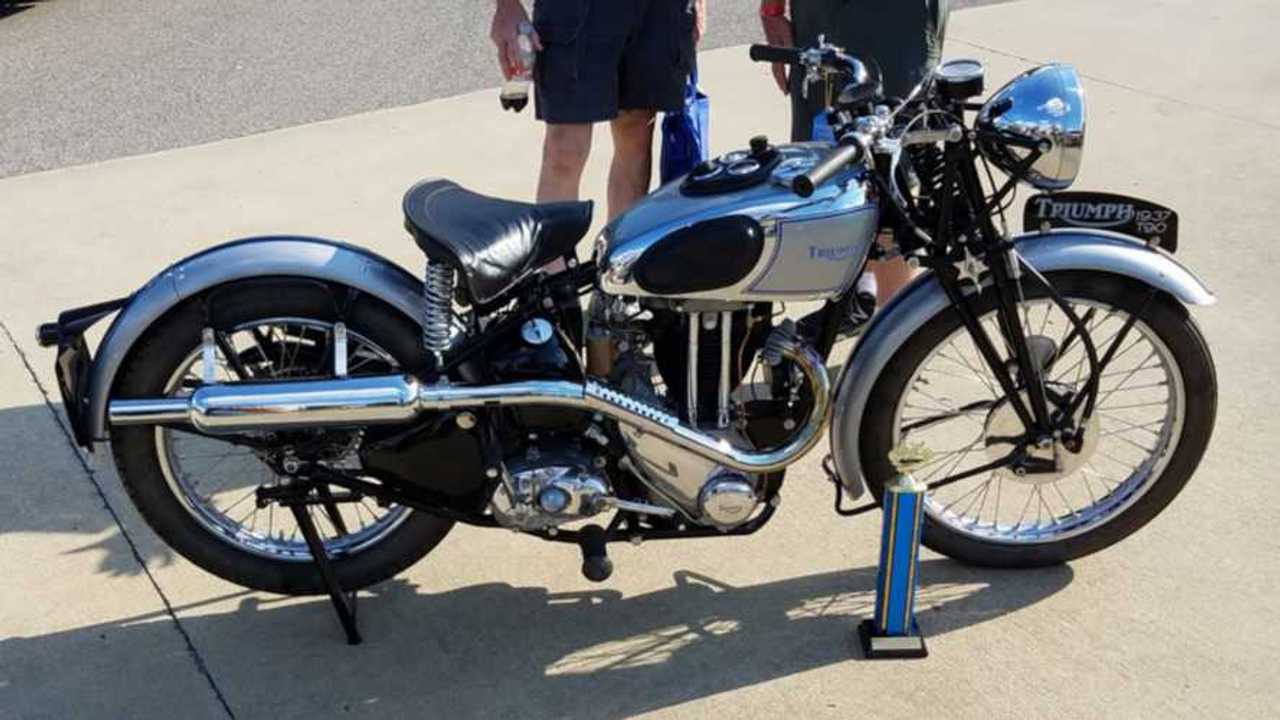 Here there be Tigers.

In 1937, Triumph was just starting to turn its fortunes around. Edward Turner took over and immediately set to work renaming and blinging up the images of the existing Val Page Triumph designs so they’d sell a bit better. Suddenly, the Tiger 70, 80, and 90 entered the public eye—and it’s a beautifully restored 1937 Triumph Tiger 90 that you can now bid on over at Bring A Trailer.

You Could Own This Race-Winning Triumph Daytona 675R Right Now

Times for Triumph in the ‘30s were rough, and Edward Turner is largely credited with changing all that. In addition to being a skilled engineer, Turner was rather unique in that he understood how important styling could be to getting the public on board with—and actually buying—Triumph machines. As moto historian Ian Falloon wrote in his extensive The Complete Book Of Classic And Modern Triumph Motorcycles 1937-Today, this is one of the three models that marked that extremely significant turning point.

This particular Tiger 90 came from Canada before being purchased by the BaT seller. It’s had a full engine rebuild, and now has approximately 10 miles on the clock since that work was done. It’s registered in New York, but that registration is transferable—and in super-cool paperwork news, it comes with the original 1937 purchase agreement. I don’t know about you, but I love historic documentation.

New paint, new chrome, all accessories refinished, and all receipts available for all the work done on this bike. It’s an AMCA “Winners Circle” bike, and the seller also states that it won the best restored award at the Barber Motorsports Museum show last year. Bidding is currently up to $6,500, and the auction ends on December 23, 2019.

You can check out more details, tons of photos, and of course also bid on this bike at BaT.