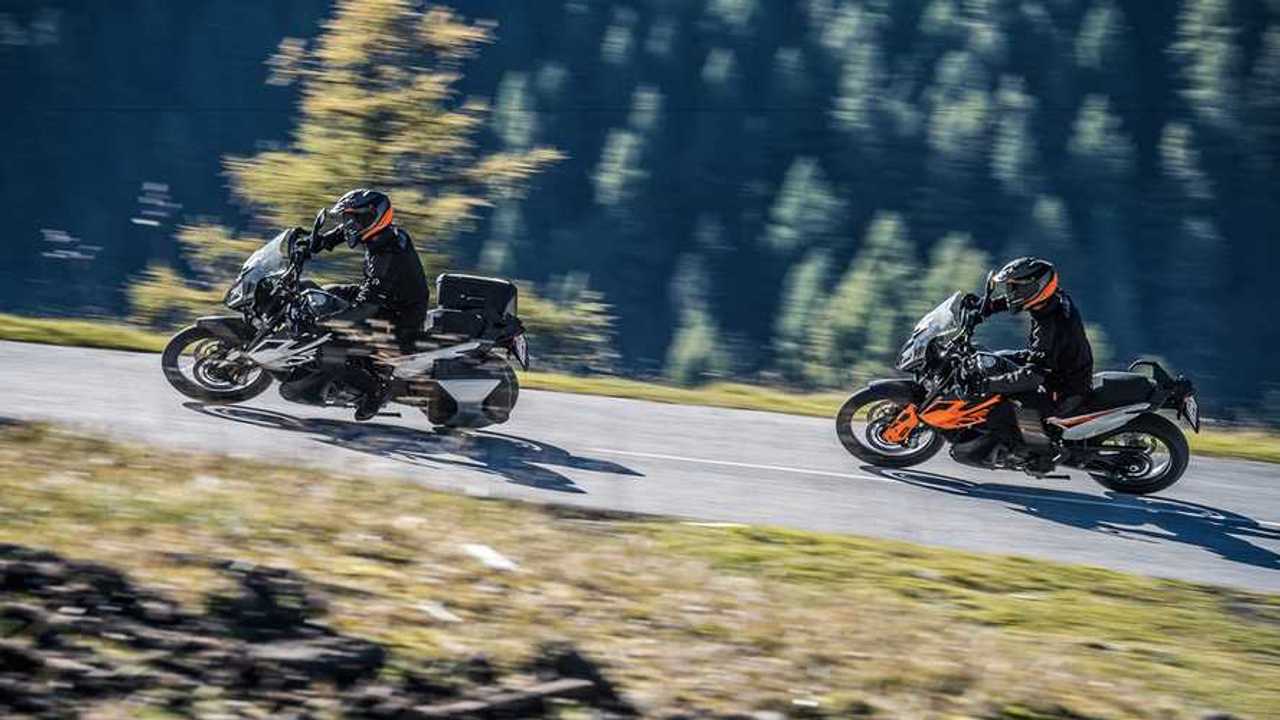 How far will you go?

What makes a bike travel-friendly? You want a riding position you can comfortably keep for a few hours without cursing your decision to take a road trip. You also want enough storage to carry all your essentials if you plan to travel for more than a day. Add to the list a few desirable luxuries such as cruise control, heated grips, and adjustable suspension and you get a good idea of the kind of stuff most seasoned travelers like to have on their bike. While comfort and utilities rank high on the list, however, there's another factor to take into consideration: range. How far will a few sips of gasoline take you?

After all, when it comes to the actual traveling, being able to travel for a few hundred miles without having to stop to fill up all the time can be a big advantage, especially if you choose the path less traveled where gas stations are scarce. So, we scoured the market to find some of the bikes that can take you the farthest on a few gallons of liquid energy. Here are some of the current bikes that offer the best range on the market.

The Kawasaki KLR650 was not only one of Team Green’s most popular models but also a bit of a legend in the dual-sport bike segment. On top of its top-notch versatility, the bike also provided riders with a great range, thanks to a 6.1-gallon fuel tank and an average fuel economy rated at roughly 47 mpg according to fuelly.com.

While the KLR was pulled from the lineup in 2018 (sort of since it’s still listed on the Kawasaki website), another model picked up where the KLR left off. While it’s not nearly as versatile as the KLR was, the twin-powered Versys 650 offers a similar range as its dual-sport counterpart with an average range of about 286 miles.

While the KTM 1290 Super Adventure (and its predecessors) has long been Team Orange’s staple adventurer, the introduction of the 790 Adventure R in 2019 shook things up and made KTM’s travel lineup more accessible than ever.

While KTM doesn’t disclose a fuel economy number, it claims the bike offers of range of roughly 280 miles. That’s pretty consistent with the 2020 model's fuelly.com rating of 52 mpg, which results in a range of roughly 276 miles—a similar number to the 1290, wrapped up in a more affordable package.

The last thing you want is to be stranded in the middle of nowhere with an empty tank. Pushing your big adventurer back to civilization is going to be a pain in your neck. Literally. To make sure that doesn’t happen, Honda made sure to fit the upgraded Africa Twin with a bigger fuel tank when it increased the displacement to 1,084cc. From 6.4L on the CRF1000L Adventure Sport, the new Twin rocks a 6.5-gallon tank (with a one-gallon reserve on top).

Combined with a reasonable fuel economy number of roughly 48 mpg, this means you will get over 310 miles out of your Africa Twin before having to head back to the gas station.

It’s easy to forget that Honda offers a mid-size adventure bike—it certainly doesn’t have the same ring as the Africa Twin. That being said, at 434 pounds and over 5 inches of suspension travel at the front and at the back, the CB500X is a versatile and above all, affordable option to consider.

Add to that the fact that the bike will get you close to 300 miles of range and the low-profile CB500X proves to be quite the catch.

Are you surprised to see the popular R 1250 GS Adventure on this list? We certainly are not. If our time spent scouring European roads in the saddle of the king of adventure touring bikes taught us anything, it’s that this model deserves a spot on our list. It’s no wonder it consistently tops the motorcycles sales in Europe.

According to BMW’s claims, the Adventure model, armed with the biggest fuel tank on the market (alongside the Multistrada) at 7.9 gallons sips on a modest 50 miles per gallons which means you could travel a distance of close to 400 miles on a single fill up, one of the best, if not the single best range in the industry.

Other How Do They Compare?:

BMW does adventure and touring motorcycles like a pro, as proven by its expansive range of models in both segments. Though the maker’s most popular motorcycle remains the R 1250 GS, the model isn’t exactly the most accessible with its towering seat height, near 600-pounds stature, and hefty price tag.

The good news is that you don’t have to go that big to get great versatility and range: the mid-size F 850 GS checks most of the same boxes as the 1250. With a 6.1-gallon fuel tank (on the Adventure model) and a claimed fuel economy of 57 mpg, you can wring close to 350 miles out of your 850.

Considering the bike is almost 60 pounds lighter than the 1250 GS Adventure, $6,000 cheaper, and that it comes fully-loaded, here’s another way to get your hands on a capable Beemer ADV.

If adventure bikes aren’t your thing then you can always look to the touring and sport-touring segments as some of those bikes also get you great range and fuel economy. It’s the case of the BMW R 1250 RT which is pretty much the GS-turned tourer.

While the RT doesn’t benefit from the GS Adventure’s cavernous 7.9-gallon tank, it makes the best of its smaller (but still respectable) 6.6-gallon tank and ultimately offer riders a range of up to 330 miles. Add to that a full fairing with a tall windscreen, a nice plush leather saddle, and a pair of sidecases and this BMW is ready to hit the road when you are.

The Triumph Tiger 900 might be entirely new but it didn’t take time for the British adventurer to prove it deserves to be on this list. While the engine’s displacement increased from 800cc to 888cc, the fuel tank followed and went from a 5-gallon capacity to 5.28.

Alongside the BMW R 1250 GS Adventure, the Multistrada 1260 Enduro is armed with the biggest fuel tank on the market, a 7.9-gallon container that allows the Italian model to offer a range estimated at practical 337 miles. That’s a camel bike if we’ve ever seen one.

Combined with the fact that the Multistrada is often cited as one of the most comfortable adventure-touring bikes on the market and that in Enduro version, the model is surprisingly capable and versatile off-road, your Italian experience just got more exciting.

Though the V-Strom 1050 XT is this year’s new kid on the block (kinda, sorta), it loses a spot on this list to its little brother, the V-Strom 650 XT. In fact, both models use the same 5.3-gallon fuel tank but because the 650’s displacement is smaller, it gets more out of those 5.3 gallons than the 1050 does.

According to fuelly.com, most users got a 53 to 54 mpg average out of their V-Strom 650 XT ABS which results in an estimated range of 281 miles—a respectable performance for the segment and a better number than several bigger competitors. Including the V-Strom 1050.