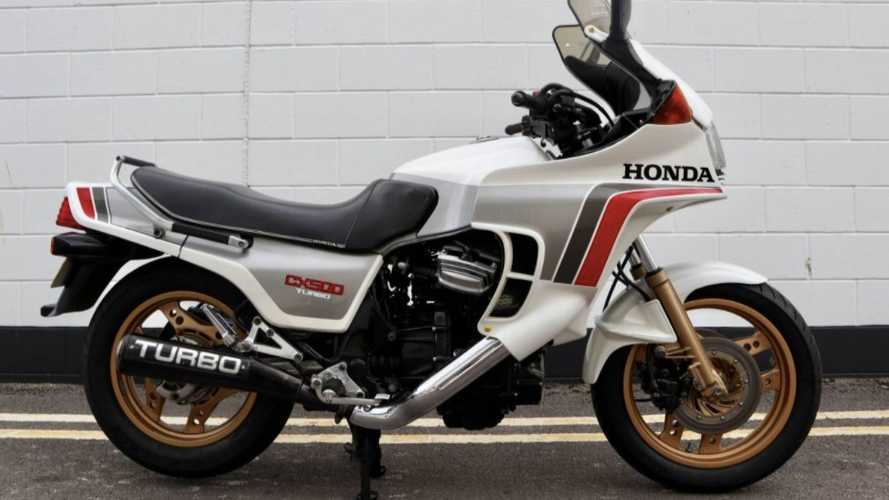 Forced induction for the win!

First introduced in 1982, to say that the Honda CX500 was a special bike would be an understatement. Honda’s response to the booming craze of performance Sportbikes, saw the Japanese manufacturer go beyond the bounds to common convention in those days. Although not the only bike to do so, the Honda CX500 resorted to forced induction to boost its performance.

Unlike the more common inline-four engine configuration, the CX500 made use of a transversely mounted 80-degree V-twin displacing a seemingly adequate 497cc. However, this engine was no slouch, and was rated for a healthy 82 horsepower—largely in part due to the turbocharger slapped onto it. This meant that the CX500 had a track-tested top speed of 121 miles per hour. Perhaps one thing the bike had to its detriment however, was its sheer heft. Tipping the scales at nearly 600 lbs, it goes without saying that other sportbikes of that era displayed sharper and overall more capable handling characteristics.

Regardless, the Honda CX500 presented itself as a substantial feat of engineering from Honda. Today, you have the chance of owning a piece of motorcycle history with this all-original 1982 example. With 47,147 miles on the clock, it’s safe to say this bike was no garage queen. Having seen quite a few miles over its lifetime, the bike isn’t in immaculate condition, but the seller claims it runs fine and everything is in good working condition.

Some maintenance and repair on the bike includes a new water pump, repainted wheels, a rebuilt turbocharger, new rocker  cover gaskets, as well as a slew of other maintenance items.  All this was done in 2018 when the current owner opted to give the bike a much needed refresh. The original listing does not indicate the seller's asking price. However, it does show contact information.

Another thing to note is that the bike is based in the UK, but bikes being shipped stateside isn’t exactly a rarity. After all, if you really want something, you’ll find a way to make it work. Typically however, the turbocharged CX500 sells anywhere from $4,500 to $7,500, so we’re probably looking at somewhere in the middle for this particular bike.