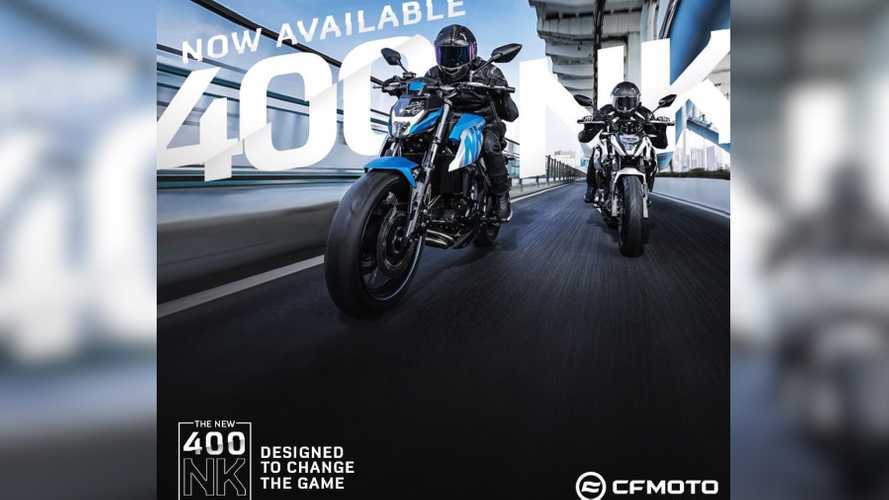 It gets new bodywork and a full LED headlight.

In developing countries like the Philippines, motorcycles with engines larger than 400cc are seen as a luxury. With extremely congested city streets and less than ideal road conditions, scooters and small displacement two-wheelers are the most practical choices for Philippine roads. That being said, owning a big bike does present itself with a major advantage: access to the freeways.

Philippine law mandates that only motorcycles registered as 400cc and above are permitted to access the freeways. In a country where less than one percent of motorcycles have engines larger than 400cc, it goes without saying that riding on the freeway on two wheels is an experience enjoyed by the few. CFMoto seeks to bring the high displacement riding experience to more people by way of the 400NK. When this sharp street fighter debuted in 2017, it was met with massive praise due to its affordable price point and reliability

Three years hence, CFMoto has capitalized on this success, and launched an updated version of their most popular motorcycle. The 2020 CFMoto 400NK now features revised bodywork which consists of a sharper front fairing, and a full LED headlight. It also gets two striking color schemes—white and blue—CFMoto’s signature colors.

Carried over from the previous generation is the 400.4cc liquid cooled, fuel injected 180-degree parallel twin. Rated for around 41 horsepower, the CFMoto 400NK has enough punch to give it a top speed of around 170 kilometers per hour (106 miles per hour). However, the bike’s power delivery is smooth and linear, and won’t be overbearing especially for those new to riding bigger bikes. The 400NK also comes equipped with J.Juan brakes featuring Continental ABS front and rear. The engine features fuel injection technology from Bosch, and the bike’s suspension components are manufactured by KYB.

The CFMoto 400NK is now available in Motostrada dealerships. Priced at just PHP219,800 ($4,400 USD) exclusive of registration, the CFMoto 400NK is undoubtedly an affordable yet incredibly capable motorcycle worth considering if you’re in the market for a bigger bike.