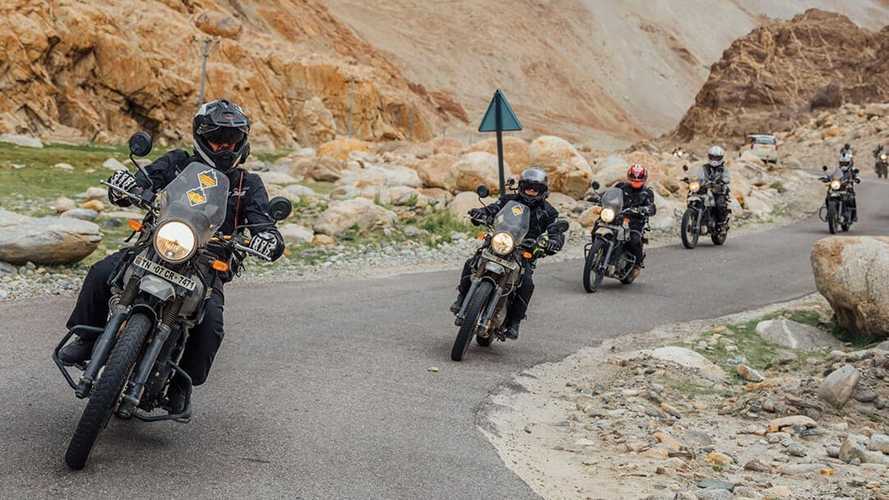 It’s no secret that Royal Enfield has been struggling for a while. Even before the pandemic hit the company was suffering through a rough patch. Enfield notably ended 2019 on a bad note with no signs of improvement in the first months of 2020. This prompted the formerly thriving brand to pull its slow-selling half-liter lineup from the Indian market to focus instead on its 350cc products.

It wasn’t long after that that rumors of a new addition to the 350 lineup surfaced, rumors that gained significant momentum throughout Spring 2020. Dubbed Meteor, the highly-hyped model was set to debut in April, 2020. The pandemic understandably forced the manufacturer to rework its timeline and reschedule the launch. Indian media initially speculated that the new date would be in June, then in July, then in September. As of October, 2020, there is still no sign of the Meteor.

Now, the local media says that the model’s launch date is pushed back to after Diwali—the Hindu festival of lights happening on November 14. This means that the manufacturer will miss out on the holiday rush, as more people typically hit the roads on their motorcycles during the festival. According to Indian publication Gaadi Waadi, that’s bad news for the bike maker.

Part Of The Problem:

Honda Revives The CB350 To Fight Royal Enfield On Its Turf

Add to that the fact that news of the delayed Meteor came at the same time as reports of the brand axing its project for a new entry-level 250 model, and it sounds like the company is in bigger trouble than we thought. Some sources put part of the blame on Honda and the introduction of the CB350 H’Ness at the end of September which supposedly pulled the carpet from under RE’s wheels.

Royal Enfield is also dealing with supply chain delays that keep it from meeting its sales goals, according to a “top executive aware of the company's plans” cited by The Economic Times. In September, the maker was 15,000 units behind its 70,000 prediction. With expectations to reach 75,000 bikes sold in October looming, it looks like Enfield is taking more dramatic measures that include dropping the 250cc project to focus on the 350s and pushing the introduction of new models to later in the year and in the new year.

There is hope, however, that the introduction of the Meteor 350 will help perk things up for the company. We’ll update you with a new schedule as soon as we hear more about the new model’s launch.